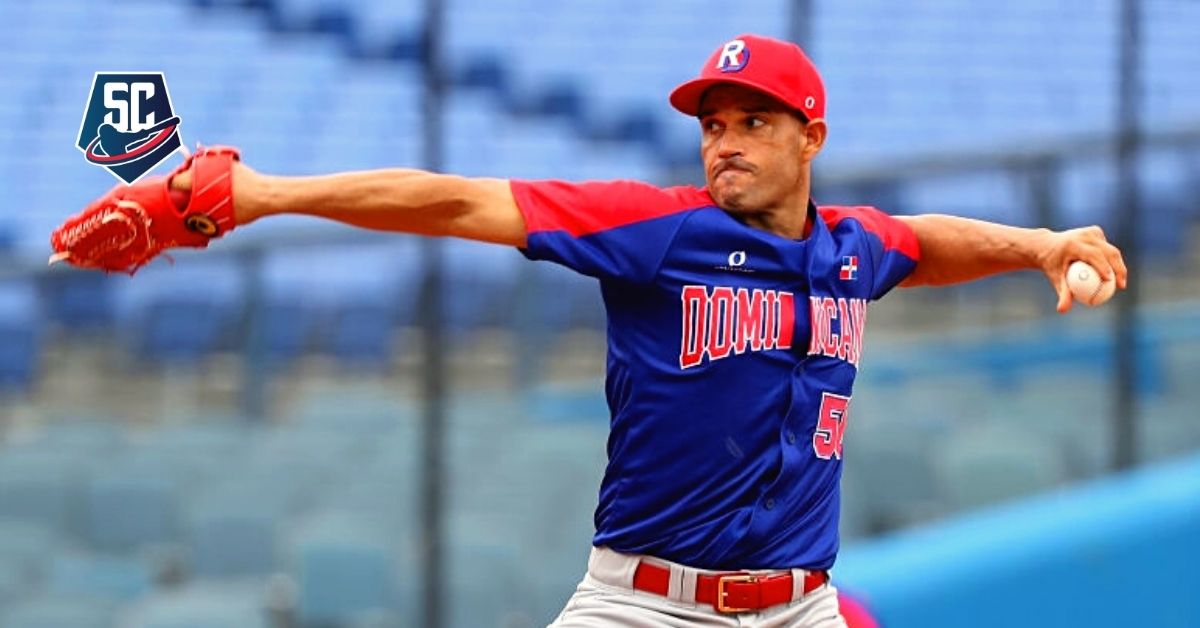 After 13 years of absence in the event under the five rings, baseball returned to Olympus and although the presence of a representative team of our island in the tournament was very surprised, the truth is that there was no lack of Cuban presence on the podium of awards.

Raul ValdesBorn in Havana almost 44 years ago, he debuted in 1996 with “Los Vaqueros” in the National Series, making an unforgettable trio of starters with José Ibar and Lemay de la Rosa, who led that province to be among the best of all the country.

After 6 seasons, two of them with 13 or more victories, the left-hander from the former Havana province left the country and in 2005 he signed for the Chicago Cubs organization, but it was not until 2010, with the New York Mets, that debuted in the majors.

After 5 seasons and an intermittent step, in 2014 he saw action for the last time in the MLB, but only to continue his pilgrimage through various countries and teams throughout his extensive career.

The Dominican Republic, Japan and Mexico are some of the destinations through which this baseball globetrotter has left his mark of great quality. But it has undoubtedly been in Quisqueya, where he has achieved the greatest achievements.

With the different representatives of this island near Cuba, Raúl Valdés has been present in 6 editions of the Caribbean Series, with a balance of 4 victories and one defeat and achieving the title in three of them (2010, 2012 and 2020).

Nationalized Dominican, this veteran of a thousand battles represented the country that welcomed him throughout the qualifying process for the Olympic Games and there he achieved the first success of his team in the tournament, against Puerto Rico, there he allowed two earned in seven innings and struck out 7.

In his second outing against Canada he allowed four runs in seven innings, but had no decision. Overall, Valdes finished with a 3.86 ERA in the tournament and 12 strikeouts delivered in 14 innings of work.

Already in the Olympic tournament, Valdés threw five and two-thirds innings in which he only allowed one run against South Korea, although he came out without a decision after reliever Luis Felipe Castillo could not retain the advantage.

In the match for the bronze, against the Korean team itself, Valdés took the ball again and although he was not on his best day, his team showed a brutal offense, to dominate the previous monarchs, 10 scores for 6.

The Cuban left-hander had allowed 2 runs in the first 4 innings, but in the fifth he was severely punished and without being able to get outs, he charged with the 4 runs of the inning, leaving the game with a disadvantage of 6 × 5.

Despite this, his team responded with a historic 5-race rally in the eighth, to overcome the match and thus achieve the bronze medal, the first medal in the Olympic Games for the Dominican Republic, not only in baseball, but in any collective sport. . Without a doubt a tremendous result.

There were no surprises in the final table, the medalists were the winners of the world classics, Japan, gold, United States, silver and Dominican Republic, bronze, showing that today, at the national level, they are the three best teams in the world .

For the Dominican Republic it was the fifth metal in these Olympics, 3 silver and 2 bronze and they are located in position 65 of the medal table by countries. For Cuba, which was always among the finalists in each of the first 5 editions (1992-2008), Raúl Valdés represents that, at least under another flag, the island’s baseball is present on the Olympic podium once again.