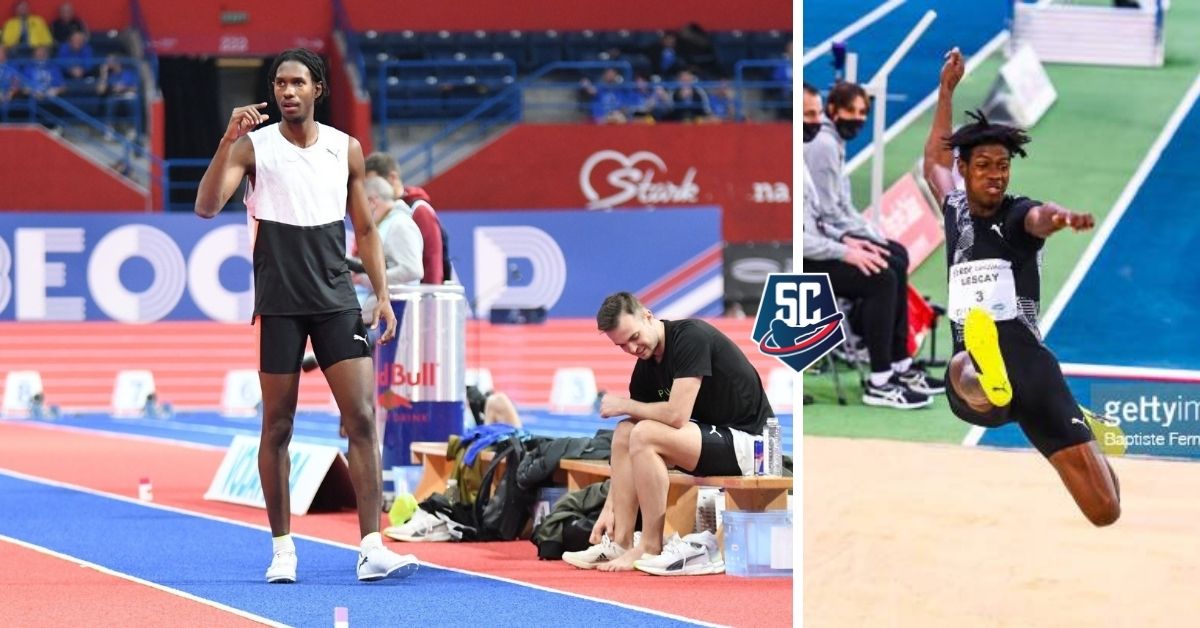 Dislikes accumulate within the Cuban sports movement. If a few days ago the escape of the canoeists Fernando Dayán Jorge (Olympic champion) and Fidel Vargas (when arriving at a training base in Mexico) became known, now it is news that a member (another) of the national athletics team also decided not to return to the Island and stay in Spain.

We talk about the long jumper Lester Lescay, who took all possible momentum to materialize the longest stretch of his career. The youth world runner-up at the Nairobi 2017 event, left the Antillean delegation when they returned to Spain from Belgrade, where he competed and won the bronze medal (8.01 meter mark) last Monday, March 7 as part of the indoor season .

The news was confirmed to the official INDER site by the technical chief of Cuban athletics, Daniel Osorio, who made a brief reference to the matter without going into many details. A priori, everything indicates that Lescay made the decision to stay on the route between Belgrade and Castellón, where the national team established its operations center for the winter season.

Due to his youth, this is another sensitive loss for Cuban athletics, which in the jumping specialty already lost last year the promising triple jumper Jordan Díaz, now a Spanish citizen. Probably, this is the same path that Lester Lescay takes, setting new precedents in a long history of Antillean athletes established in the Iberian country, such as the cases of Niurka Montalvo, Orlando Ortega or Joan Lino.

Returning to Lescay, despite achieving his best record of the year at the Belgrade meeting, he failed to achieve the minimum qualifying mark for the Indoor World Cup and was also unable to obtain a place due to his position in the ranking.

After these results, the 20-year-old was expected to return to Cuba with the rest of the Antillean delegation that will not participate in the indoor World Cup in a week. Quotas were secured for this event by the pole vaulter Yarisley Silva, the jumper Maykel Massó, the runner Roxana Gómez and three triple jumpers: Liadagmis Povea, Leyanis Pérez and Lázaro Martínez.

ANOTHER ESCAPE: Cuban jumper pushed himself too far and left the national team