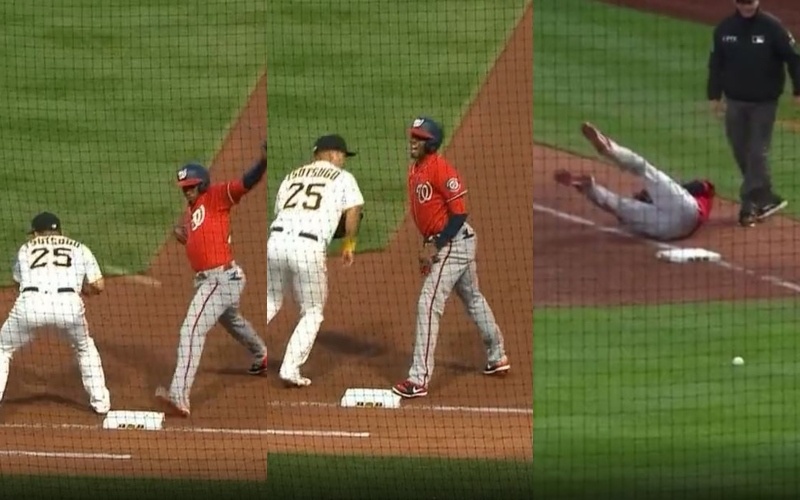 The Venezuelan Alcides Escobar receives a ball in his private part while running in the initial before a turn by pitcher Aaron Fletcher in MLB 2022.

The Venezuelan alcides escobar It was beaten in their private parts through the game of the Washington Nationals vs. the Pittsburgh Pirates in the Big leagues.

The incident happened when Escobar was at first base, when pitcher Roasny Contreras made a turn to first baseman Yoshi Tsutsugo, who could not catch the ball that ended up in the private parts of the Venezuelan.

alcides escobar he threw himself to the ground screaming in pain, the referees called time out to make sure everything was okay, after a few minutes with the Washington Nationals doctors, the Venezuelan continued in the game.

Receivers are the only players who usually get away with balls in those parts, thanks to their use of protectors. However, the rest of the position players do not feel comfortable wearing such a protector and are at risk.

Dominican Joan Adon of the Washington Nationals could not dominate the Pirates’ offense, in about 4.2 innings he allowed 9 hits, 6 runs, 3 BBs and 5 strikeouts. While his countryman Roasny Contreras, from the Pittsburgh Pirates, excelled with 3 innings, 2 hits, 0 runs, 1 BB, 5 K and the victory.

Alcides Escobar receives a ball in his intimate part