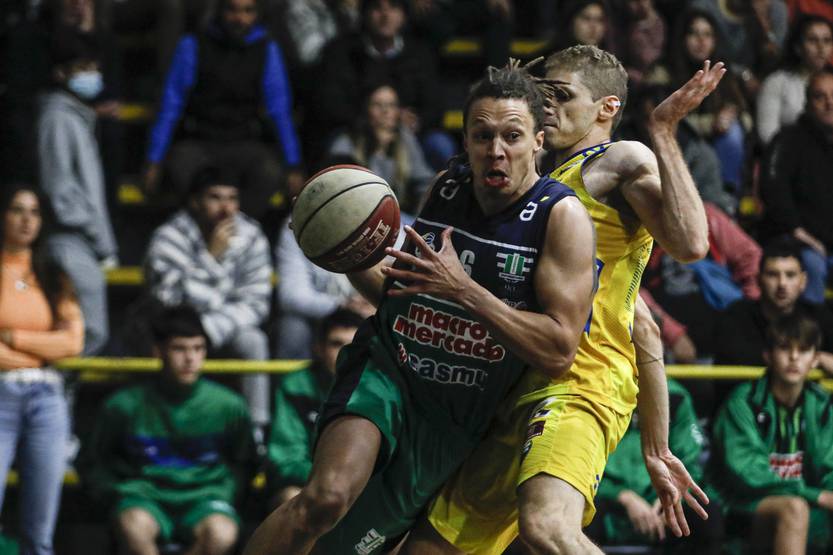 With a start scheduled for 9:15 p.m. in both scenarios, this Thursday the fourth point of the series of play in, made up of Nacional-Aguada on one side and Malvín-Urunday on the other. For the former, Goes awaits, and for the latter, Peñarol, who were 1st and 2nd in the regular phase.

Both crosses have had a victory per side in these series in which Malvín and Aguada started with a 1-0 advantage for being better placed in the regular season. They are now 2-1. While the player was fifth and Urunday escaped relegation in a playoff with Olivol Mundial, remaining in 12th place, Aguada and Nacional finished in 8th and 9th places, respectively, so a priori It was proposed as the most even series of all. After winning one on each court, the crosses repeat the last scenario again. They are played on the court of the worst placed during the season. In the case of Malvín-Urunday, it is played at the Prado, and the field that Nacional uses as a local is that of Unión Atlética, where it will once again host the red-and-green team. If the visitors win, they will close the series, but if the locals win, they will match everything and force a new and definitive match in which Malvín and/or Aguada will be the locals.

Little work took Trouville, sixth of the year, to end the title aspirations of Hebraica Macabi (11th), who simply lost away and at home to say goodbye to the League. The red from Pocitos, which celebrated its centenary on April 1, will face Urupán (3rd) in the quarterfinals.

A little more work was given to Olimpia (7th), who needed three games to close the series against Defensor Sporting (10th) 3-1 and assert their best position of the year. Those from Colón will now meet Biguá (2nd), the recent vice-champion of the Basketball Champions League Americas, in which they lost in the final against San Pablo after eliminating Boca Juniors and Quimsa from Argentina.