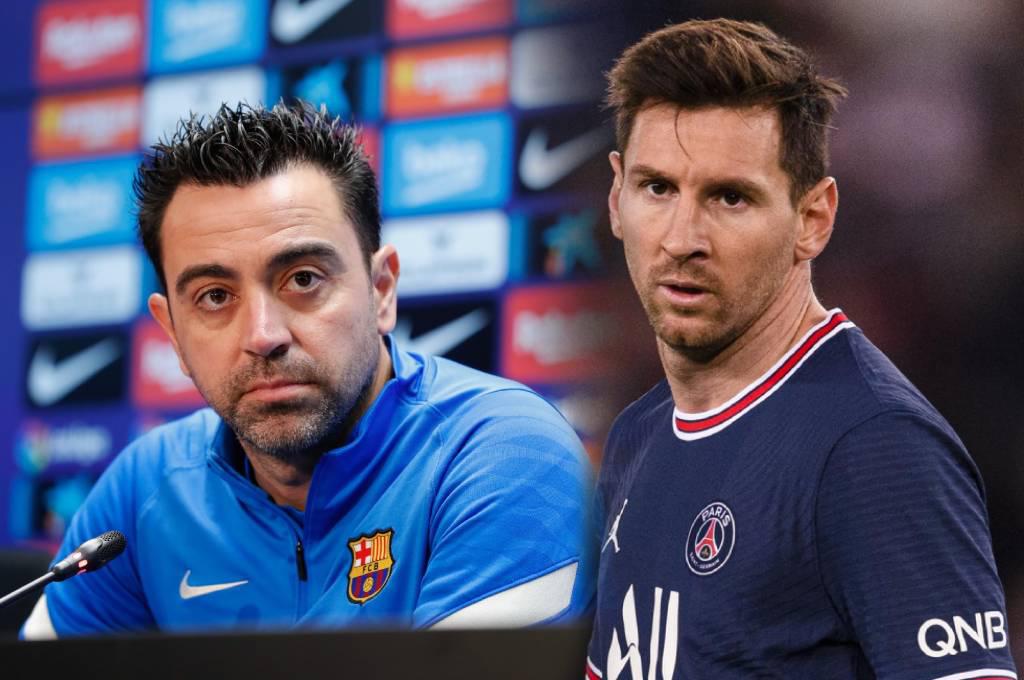 The coach of Barcelona, Xavi Hernandezreiterated his desire to lead the best teammate he ever had as a player, Leo Messia footballer who left in the summer for PSG.

After the elimination of the French team from the Champions League leaving a bad image in front of the Real Madridthe news was uncovered that the Argentine’s father had established talks with the Blaugrana club for his son to return to Camp Nou the next season.

In view of this, he was asked Xavi that, if Messi’s departure from Paris is possible, he could join their ranks in Spain, to which he responded without hesitation.

“He is the best in history and the doors of Barça will always be open”, he replied Hernandezadding.

“As long as I am the coach of the BarcaAs if he wants to come every day to see the training sessions and talk to the coach”.

However, he acknowledges that at the moment it is not possible because he is linked to the French squad, with whom he has a contract until next season.

Lineup of Barcelona vs Real Madrid: Xavi Hernández wants to slaughter Ancelotti in the Spanish Classic

“He is the best player in history, but today he has a contract with the PSGI think he signed for two years,” he said.

remembering that Leo he left during the height of the pandemic, in the summer of 2021, when the stadiums in Spain were not yet enabled, so he did not have a farewell to his fans, Xavi confessed.

“I think we owe him a great tribute, what he has given us is priceless,” he said.

The statements of Xavi add to what Dani Alves commented during the week in an interview with ESPNwhere he confessed his desire to meet at the Barcelona with the seven times Ballon d’Or.

“For me Messi he is not enjoying himself at PSG, he is out of place. I’m going to say something that Leo always told me: ‘Where are you going to be better than here?’ And I checked it out. There is nothing better than playing here. I hope I can come back. If he comes, let him come with me”, said the 38-year-old Brazilian.

Xavi and his revelation about Messi’s possible return to Barcelona: “As long as I’m the coach, the doors will be open”