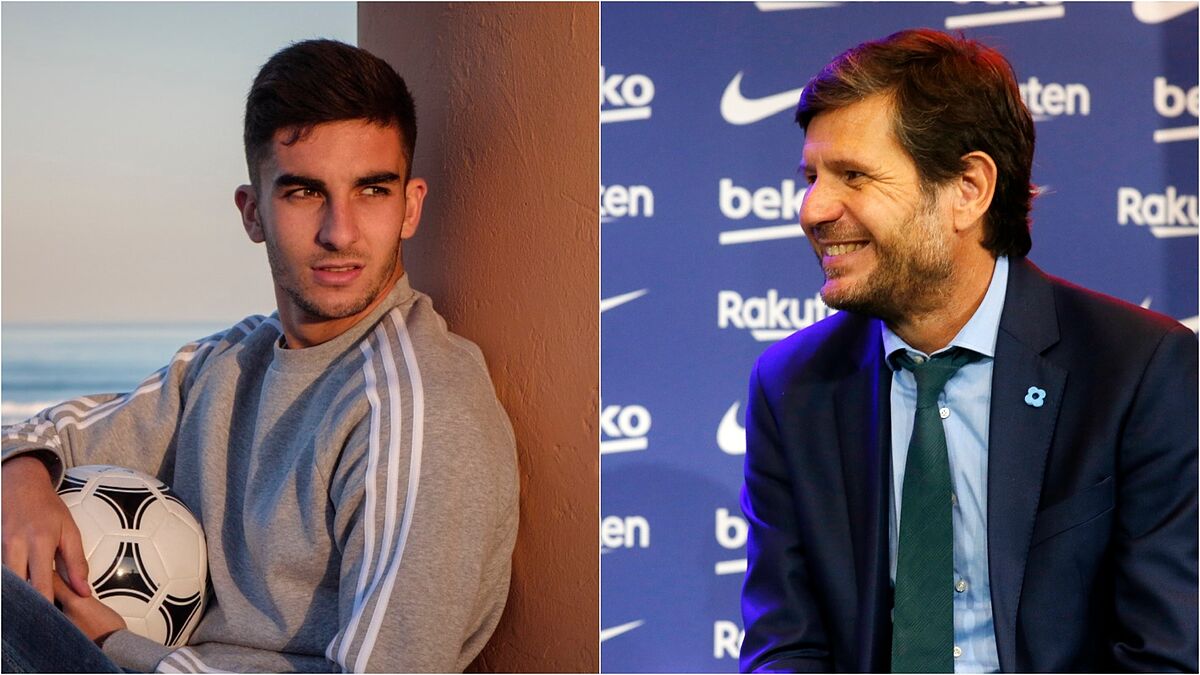 ANDThe football director of the Barcelona, Mateu Alemany, will return to meet Ferran Torres at the Camp Nou, after it has been done official the signing of the player from the quarry of Valencia . The Barça club will pay a fixed of 55 million euros to Manchester City, with others ten million additional in variables, the highest market operation in LaLiga after the pandemic.

The Mallorcan executive it has been a key piece in the sporting future of the player of Foios (Valencia) since he was 17 years old. And it is now in the present when the Barça club tries to rebuild itself on the basis of young footballers, forged or not in La Masía.

Alemany has been present in three of the last four contracts of Ferran Torres, but also defended the position of putting the brakes on an underage footballer in a project of Champions like the one who tried to consolidate with the coach Marcelino at Valencia.

One of the first fires that put out, as a black and white CEO, was the departure of Ferran for 8 million, while the U17 World Cup in India. There he sent the then director of the Academy, Luis Vicente Mateo, to avoid signing with Barcelona, while fixing a improvement from contract until 2020 with 25 million clause and record of the first team.

But that was a transitory situation to stop him from leaving and show him that the club was honoring its commitment to promote it from Second B to First. The March 3, 2018, Valencia announced the new armor for your quarry star. New contract until 2021 – just one more year – and a clause of 100 million euros. Ferran was then a worthy 18-year-old and a sensational pint. But his ambition was going faster than the opportunities Marcelino was willing to give him in a team forced to enter the Champions League for the investment that had been made in reinforcements.

Alemany, who saw in Ferran a player who could mark an era in Valencia, however, he shared the coach’s criteria Asturian from put the brakes on the impetus of feeling like a headline. “I needed some time because Valencia at that time was fighting for the Champions League and A participation in a Champions team is not the same as in the middle of the table“, explained Marcelino months later in Zero Wave.

Alemany’s doubts in 2019, between quarry and Champions

In August 2019, with Valencia Cup champion and while it was being forged in Singapore the detonation of the Marcelino – Alemany project, the general director referred in these terms to Ferran (best player of the European Under 19) and Kangin lee (Ballon d’Or of the U-20 World Cup) that same summer. “We all like to see players with that quality out of the quarry, me the first, but we are talking about a very high level of demand and we do not know if, in our Order of priorities, what we need is to give players from the quarry minutes. We need the Champions“, it exposed with something of crudeness.

The two players they were in the market until the last day of summer with the idea of ​​finding teams that could guarantee them minutes, something that tasted like a burnt horn to Ferran in Valencia, as he confessed in one MARCA interview.

With Celades on the benchor, Ferran played 44 games (more than 3,100 minutes), but without Alemany in the club, the options to renew for Valencia were reduced drastically. Here a paradoxical situation occurred and it is the President from Valencia Anil murthy I used to use the argument that Marcelino I was not betting on the young players, as one of the reasons for dispense with the technician. But nevertheless, never had the slightest option to renew it, no matter how hard I tried personally or through the athletic director Cesar Sanchez. In summer of 2020 Ferran was leaving transferred to Manchester City for 23 million euros (plus about 12 million in variables), where it has made a leap in quality as shown in the Spanish selection. Now, Barcelona has reached an agreement with City to pay 55 million euros, more variable, a year and a half later. The Valencia will take another 5.2 million euros for this operation, 10% of the capital gain from the transfer and the solidarity mechanism.

When Mateu Alemany put the brakes on with Ferran Torres