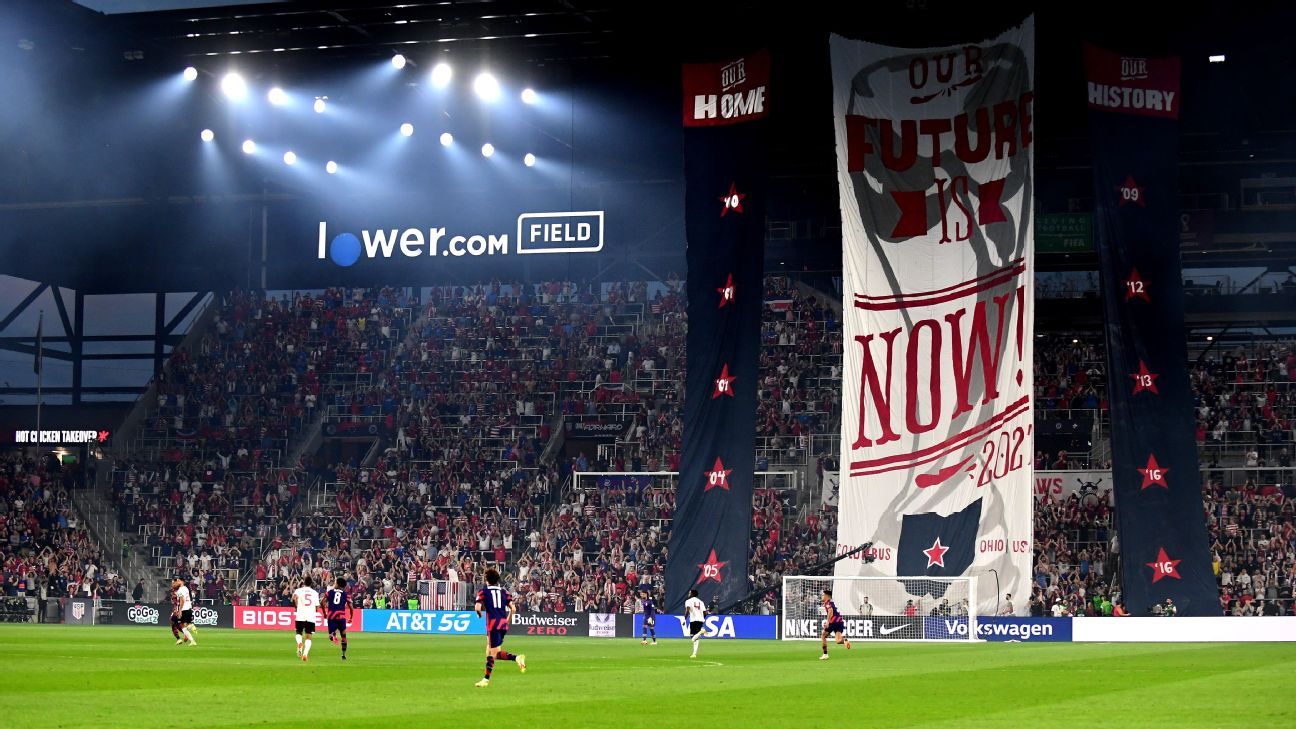 Lower.com Field will host the game against El savior, January 27. Following the away game against Canada, the United States returns to face Honduras on February 2 for the first World Cup Qualifier at Allianz Field. The starting times will be confirmed soon.

With demand far exceeding the capacity of the last three World Cup qualifiers, the United States will once again use a weighted random drawing for tickets.

With six games remaining, the United States ranks second in the Concacaf Octagonal standings with 15 points, and a 4-1-3 record. The top three teams in the group get automatic qualification for the 2022 FIFA World Cup in Qatar.

“As we’ve seen throughout the qualifying process so far, the great stadiums and the great venues provide a huge advantage to our team,” said USMNT head coach Gregg Berhalter. “We have had fantastic experiences in Columbus and the Twin Cities and we look forward to continuing our World Cup qualification campaign in front of our fans.”

As a continuation of preparations for the January World Cup Qualifiers, the USMNT will hold a training camp from December 5-18 in Carson, California, which will conclude with a friendly against Bosnia and Herzegovina on December 18 in Dignity Health Sports Park.

The game in Columbus will be another homecoming for the United States and its current head coach.

The city has hosted 11 World Cup qualifiers since 2000, with the US posting an 8-1-2 record during that span. The United States closed the qualifying window for the October World Cup on a high note with a 2-1 victory against Costa Rica. Playing in front of a noisy crowd of 20,165 fans on their return to Columbus at the new Lower.com Field, a bolt from defender Sergiño Dest and a deflected shot from forward Tim Weah earned the United States three crucial points at home.

With an average age of 22 years and 61 days, the United States took to the field that day not only with its youngest line-up in qualifying for the World Cup, but also in any official competition.

Berhalter spent five seasons as the athletic director and head coach of Columbus Crew SC, where he led the team to postseason appearances in four of his five years in charge. He guided Columbus to the 2015 MLS Cup final and nearly returned the club to the league title game two years later, losing 1-0 to eventual champions Toronto FC in the 2017 Eastern Conference final.

Minnesota will become the 21st different state to host a World Cup Qualifier when the United States meets Honduras at Allianz Field. The team makes its second visit to the home of Minnesota United FC, after previously opening the 2019 Concacaf Gold Cup with a 4-0 win against Guyana. The stadium has also hosted two friendlies by the United States against Portugal in September 2019 and the Republic of Korea last month.

The matches against El Salvador and Honduras are part of the ‘triple date’ of the World Ranking in which the United States will play three games in seven days.

Under the new qualifying format, a total of eight teams, compared to six in previous cycles, will compete in the Final Round, with the top three teams advancing to Qatar ’22. The fourth-place team will participate in an Intercontinental playoff for last place.

The 10 Final Round matches had typically been played over the course of 18 months. Due to schedule changes related to the global pandemic and the new format, each team will play 14 games in a seven-month period.

USA returns to Columbus and Minnesota in playoff