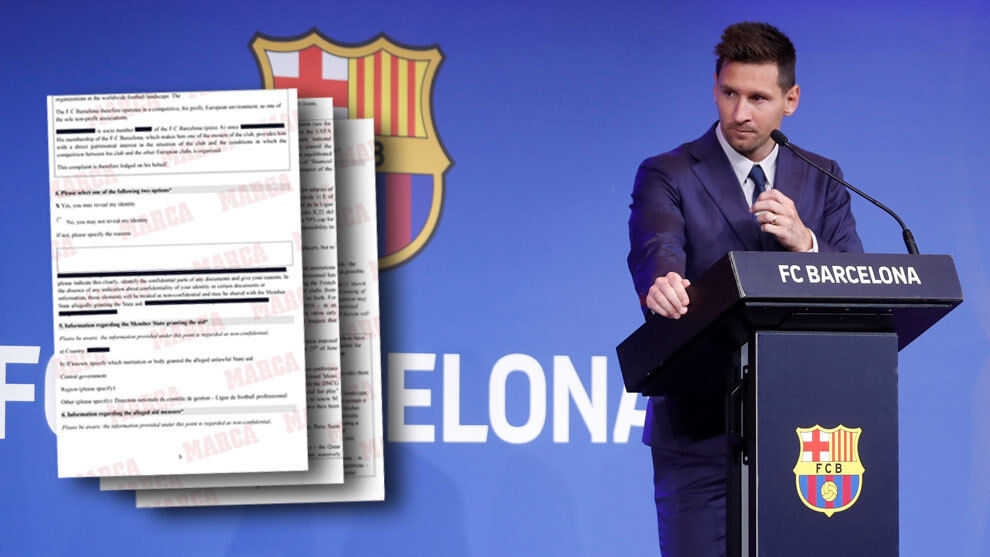 The soap opera of Messi, his departure from Barcelona and his next destination has a new chapter. A complaint to the European Commission so that the possible contract that Leo could sign with Paris Saint-Germain is not carried out. And they are based on economic facts. “PSG’s ratios in terms of ‘Financial Fair Play’ are worse than those of Ftbol Club Barcelona. In the 2019 season /

20 the ratio between salaries and income of the Parisian group was 99%, while that of Bara was 54%

“Reads the statement that the lawyer Dr. Juan Branco has filed before the Court of Appeals of Paris on behalf of the culs partners. In this way, and after the

, what this firm intends with the complaint is

and, as a consequence, the distortion of the competition that is generated. Thus, if Messi’s intention is to stamp his signature on the PSG contract, precautionary measures will be requested immediately in France to block said contract.

The newspaper MARCA has had exclusive access to the demand

, already ordered and pending. It states, among other things, the following: In the 2019/20 season, PSG did not respect the two economic ratios imposed by the DNCG (…). On August 5, 2021, Joan Laporta announced at a press conference that he would not be able to offer a new contract to Messi due to the salary cap imposed on the clubs (…). Leo’s contract, despite wanting to reduce his salary by 50%, will have reached 110% of the salary cap imposed by the European authorities and by the Spanish LaLiga. ”

A race against time

The decision to paralyze Messi’s possible contract by the Paris Court of Appeals should come before it is signed. Otherwise, the effect will be limited and the cause will be prolonged in time.

The salary of the stars of PSG

They also point in this demand the amount already spent by Paris Saint-Germain before launching for Leo Messi. Incorporations such as Achraf, Sergio Ramos, Donnaruma, Wijnaldum or Danilo Pereira, who join the players with high chips such as Neymar or Mbapp. Thus, the injection of money by the Investment Authority, the sovereign wealth fund of Qatar, is denounced by this law firm.