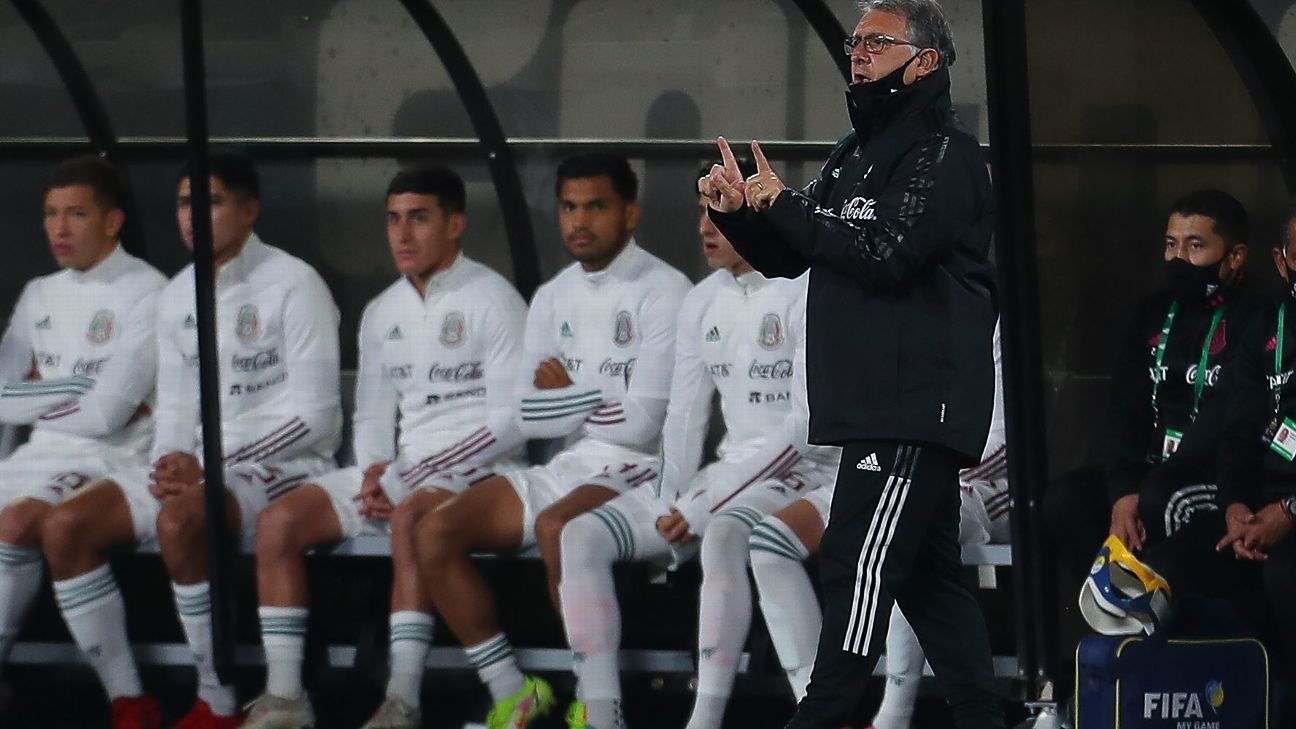 The Mexican National Team kicks off the World Cup year with two qualifying matches and coach Gerardo Martino already has a base, but there are still players who could earn a place

Gerardo Martino It has a list of players who are its base in the Mexican National Team, so the places for Qatar 2022 are reduced, and it is that according to their calls in the last official games, the same as those of the Concacaf qualifier, the ‘Tata’ has at least 17 places that occupied the same elements.

Between goalkeepers, defenders, midfielders and forwards, Martino already has a series of elements that are constant and with which he puts up his starting lineup. These same players are the ones who are rotated depending on the demands of the game.

Thus, the places that remain for Qatar 2022 are very few, since with 17 players almost established, there would only be, in theory, six “free” places, according to FIFA specifications of having 23 selected for the World Cup. Although the same national strategist has his balance tilted towards certain players.

Since the Concacaf Octagonal began, ‘Tata’ changed his calls little and, the times he did, it was because one of the regular elements was serving a sanction or was injured.

From this list, Martino drew most of his XIs in zone playoff games; however, he always had Alfredo Talavera and Rodolfo Cota on the bench, who paint to be the second and third goalkeeper in Qatar, while Jorge Sánchez, Carlos Rodríguez, Luis Romo, Henry Martín and Alexis Vega are the usual replacements, so that if nothing unusual happens, like an injury or a suspension, they would be among those who have almost a safe place.

With this list, places in Qatar are very few and someone looking for a place has to appeal to a much better time than those mentioned above or wait for one of the players that ‘Tata’ regularly has to drop out.

In the same way, with the 15 players that it has as a base, it meets the maximum that more than 70 percent of the first official call-up in the calendar year of a World Cup, attends the competition, since these elements were considered for this first triple date FIFA of 2022.