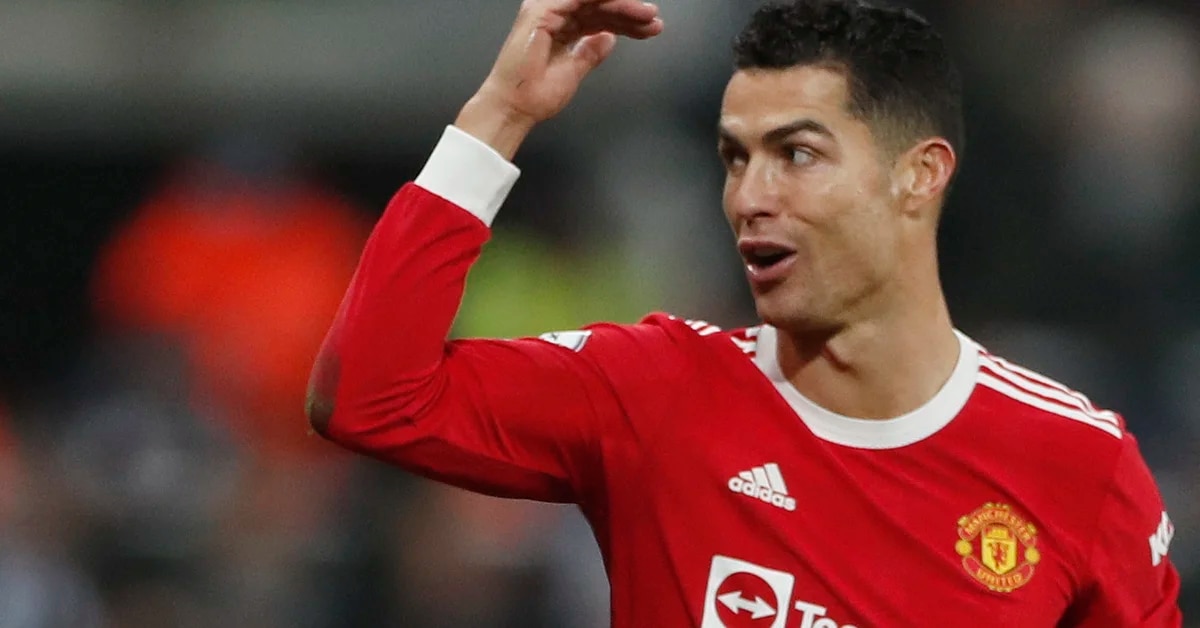 Manchester United are seventh in the local championship (Reuters)

After a great start to the season, Manchester United is going through a difficult present in the Premier League. With the arrival of Cristiano Ronaldo, the Red devils They added in the first dates but now they are struggling to get out of the seventh position of the table.

In the middle of the irregular campaign the Norwegian coach Ole Gunnar Solskjaer left office and the arrival of Ralf Rangnick does not seem to have been the solution, after the team again wasted an opportunity to add three, after the tie obtained in St James’ Park against Newcastle by 1-1.

A match that aroused divided sensations, especially for the performance of the Portuguese star, which was highly questioned by the former Aston Villa forward and the English team Gabriel Agbonlahor, who He accused him of being the protagonist of an imbalance in the wardrobe.

The 35-year-old former footballer assured in dialogue with Football Insider that his figure conditions the young talented Manchester United and considered that “their behavior is not correct”, towards them.

“His attitude was out of line. If I’m Rashford, Greenwood, and Sancho, I’m afraid to try. Every time they have a shot, he raises his arms to say ‘Why didn’t you pass me?’ ”Agbonlahor explained.

“The harmony in the dressing room is not correct, Rashford and Greenwood’s form has collapsed since Ronaldo arrived. They cannot express themselves, it is as if they constantly think ‘I have to pass it on to Ronaldo, I have to create opportunities for him,’ “continued the former footballer about the possible conditioning they would feel when sharing the field with the Portuguese.

“If I were one of them, I would be saying ‘Oh, why did they have to bring him?” “He is an incredible player who has had an incredible career, but he is not the same player he was.”

Manchester United could not add three against Newcastle (Reuters)

During the last game against Newcastle, the former Aston Villa explained that the Portuguese, “I raised my arms every time I couldn’t get a chance. And then, at the end of the game, he came off the field with a dark face and I suppose he had it in the locker room too ”.

Finally he closed his controversial position arguing that, “Manchester United played their best football of the season against Chelsea, with Ronaldo on the substitute bench ”.

Some reviews that are in the same line as those of Gary Neville, ex footballer and today commentator in Sky Sports, when he considered that “There are definitely complaints. They are all against each other. The spirit of a wardrobe is really important and I don’t think they are all together at the moment. “

How Cristiano Ronaldo and COVID-19 caused a locker room crisis at Manchester United
He won two Champions League, was left without a club and returned to work on boats: the new life of a former champion with Real Madrid
After hiring Messi, PSG goes for another Barcelona star who could be released