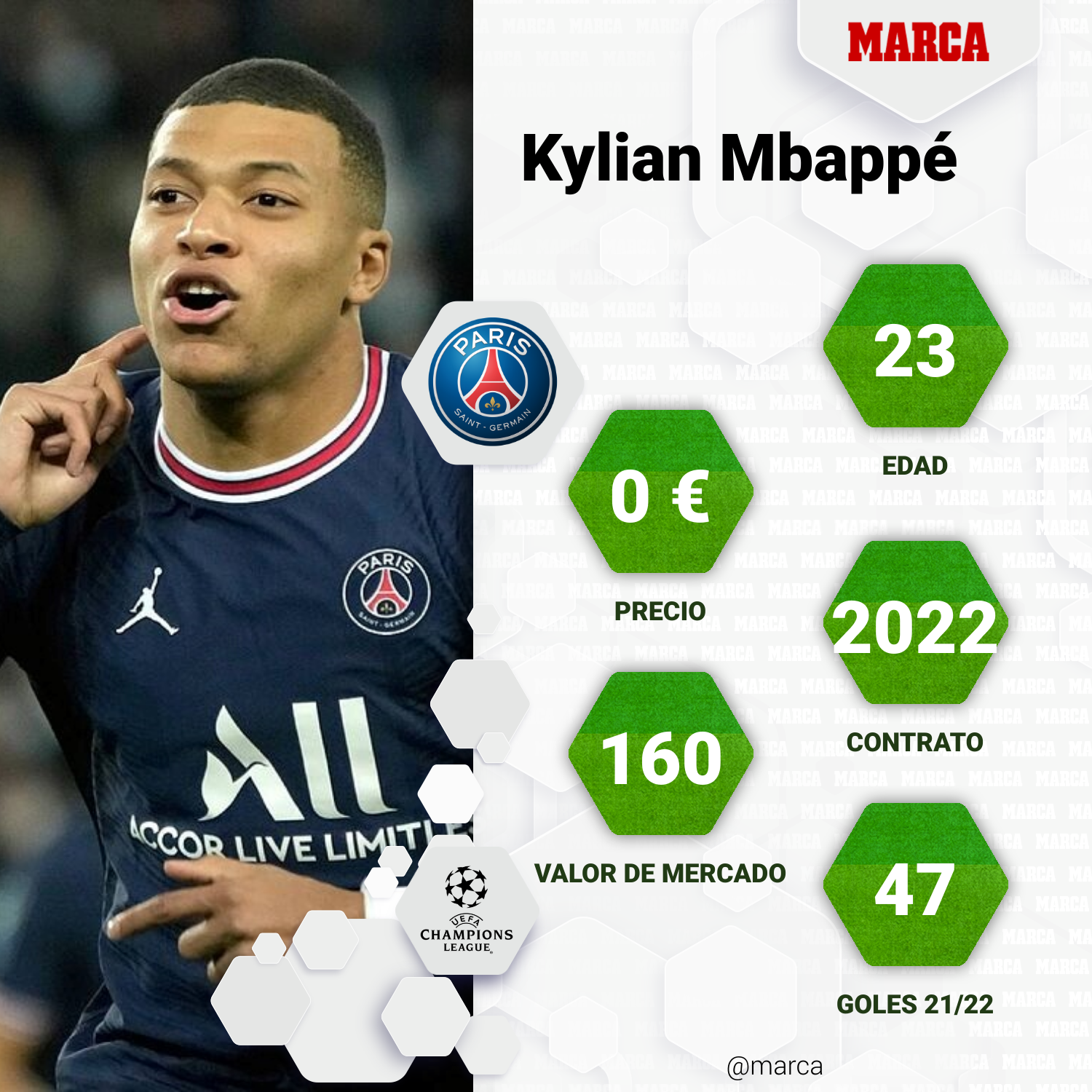 QThere are only a few months to finish an exciting soccer match. A break for some, but the beginning of a frantic few months for the big football clubs in the hunt for the center forward.

And it seems that this transfer window will mark a before and after in the current world order with a movement of pieces that could be historic. There is no memory of such movements that involve, curiously, the most sought-after strikers on the market.

The jewel of the market. A player who can mark an era and give the team that gets his services continental hegemony. His contract ends in June for which the transfer would be zero euros to his current club.

Last August, PSG said no to 200 million from Real Madrid to keep him for another year, but according to information from MARCA he will end up being a white player despite the mountains of gold offered from Qatar.

It is next to Mbappé the other great pearl that will change airs with total security. The bid for the Norwegian phenomenon of Borussia Dortmund has remained in two clubs: Manchester City and Real Madrid.

Those of Guardiola seem to have some advantage in a very expensive operation due to the transfer premiums that surround a transfer closed at 75 million euros. The white team knows the complexity involved in taking Haaland to Chamartín, but they stay in the fight.

The Polish striker has made history with Bayern and the latest information points to a departure next summer, although Munich is determined to withdraw him from the market. Barça remains on the lookout to sign a top level striker after getting off in the race for Haaland and it seems that Lewandowski’s contract would fit into the new finances of the Barça team.

The transfer would not be very high as it is a 33-year-old player whose contract ends in 2023.

The legend of world football hurries his last years in the mega-elite of European football. It is almost impossible to qualify for the Champions League with United and many voices point to a new adventure for CR7 in search of more records away from Manchester.

Despite the bad season for the ‘devils’, the Portuguese has returned to accumulate a large number of goals being the only light of a team in constant decline.

The Inter Milan striker remains one of the most valued forwards despite a somewhat disappointing season in which his great leap in quality was expected.

The Italian team, in need of money, is considering selling one of its stars and rumors from Italy affirm that Cholo’s Atlético de Madrid is still longing to sign him.

He arrived at Chelsea as a superstar after his great seasons in Milan. However, his season has been far from his real level and he has barely counted for Tuchel.

A change of scenery seems inevitable if the German coach continues to command the London team and there appear a series of suitors who know the great virtues of one of the best strikers of the last decade in Europe. Barça has appeared in the race to sign him, but it seems that he will have to fight hard with the two Milan teams.

The possible arrival of Erling Haaland at City opens the door to a Gabriel Jesús who is experiencing one of his sweetest moments since his arrival in Europe.

However, he has never been a regular starter with Guardiola and from England they assure that the citizen team has opened the exit door for him. Barça, Juventus and above all Arsenal have sounded to sign the Brazilian striker.

After a brutal and unbeatable first year with Atlético de Madrid, Luis Suárez seems to be experiencing the most delicate moment of his career. Since the beginning of 2022 he has become the fourth striker for Cholo and hardly has an impact on the game of the rojiblancos.

The contract ends until next June and it will not continue unless a drastic change occurs. His fame still gives him a lot of name in Europe so there will be no shortage of teams to go to, in addition, a near future for the Uruguayan in MLS grows stronger every day.

The ‘hunt for 9’ that can change everything