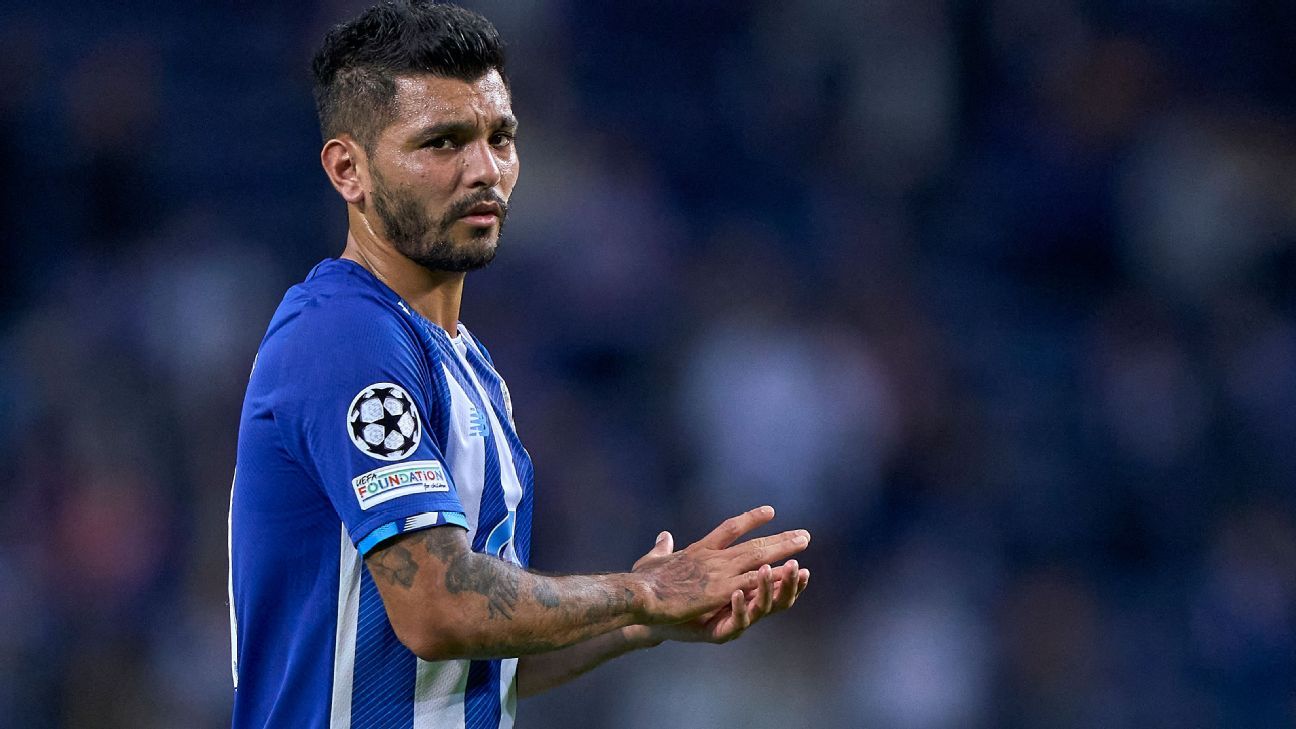 MADRID — Sevilla hopes to close in the next few hours the signing of Jesus ‘Tecatito’ Corona, as ESPN has learned.

The signing, carried out with the utmost discretion, is in its last phase, only pending closing the last fringes with Porto today. According to different sources, it will be produced for a minimum transfer amount since the Mexican ends his contract with the Portuguese club next June.

The agreement between Sevilla and the player is total and he would sign for the remainder of the course and three more seasons, although everything is subject to the agreement with the Portuguese club, which today plays a Portuguese Cup tie against Vizela.

Now you can enjoy LaLiga on ESPN+ and ESPN Deportes, where you can watch all the matches LIVE. Subscribe here

According to the same sources of the operation, the fact that Porto plays this match on Wednesday has delayed the agreement. The player’s wish is to land in Seville on Thursday to put himself under the orders of his new coach with the utmost urgency.

El Tecatito was one of Julen Lopetegui’s requests since he came to the Sevilla bench. His high price ruled him out in the last signing windows, but the sports management led by Monchi has followed the Mexican player very closely and has decided to enter the scene now, taking advantage of the fact that his contract ends at the end of the season.

Jesús Corona, 29, arrived at Porto in June 2015 from Dutch club Twente. The former Rayados de Monterrey player has played 17 games this season with Sergio Conciençao’s team, with whom he has not had much prominence. With the Portuguese team he has won two leagues, two Super Cups and a Portuguese Cup, obtaining the “Footballer of the Year” award in the 2019/2020 season.

With the strategic movement of Sevilla’s sports management, Lopetegui is assured of having a player who was already at his command when the Basque coach trained Porto. The versatility and experience of the Mexican, as well as his speed, are highly valued at the Seville club.

Tecatito Corona will sign for three years with Sevilla