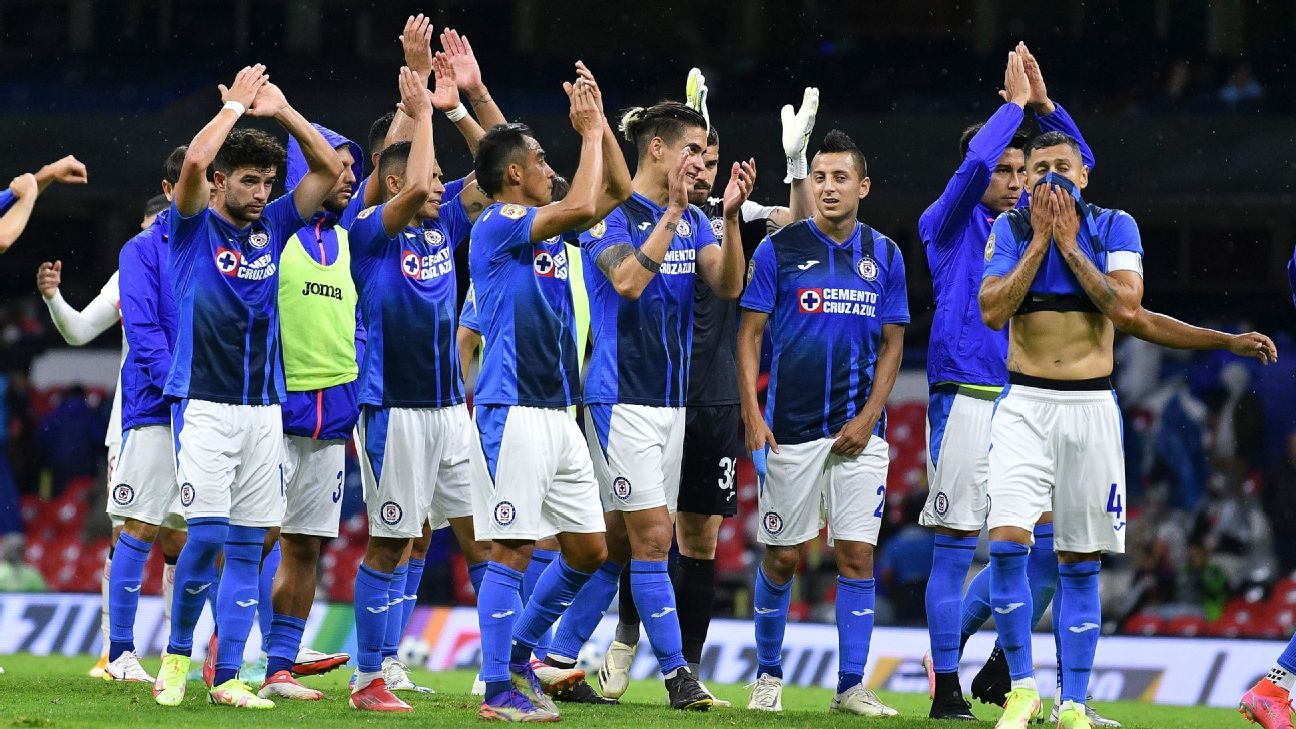 With a double from Bryan Angulo, as well as goals from Santiago Giménez and Orbelín Pineda, Cruz Azul beat Toluca on the pitch of the Azteca Stadium

Cruz Azul had a great night on the Azteca Stadium field and stopped Toluca in his tracks, which came as the leader of the competition. However, the Mexican soccer champion woke up to win 4-0 with an outstanding performance by Bryan Angulo, who finished with two goals; while Miguel Barbieri had a night to forget, with three errors that were reflected on the scoreboard.

Bryan Angulo dressed as a hero at the Azteca Stadium

The Ecuadorian took advantage of the minutes that Juan Reynoso gave him and finished the night with two scores in the 4-0 win over Toluca. Angulo was in charge of opening the scoring with a crossed shot just three minutes into the game to beat Luis García and at 35 ‘, he appeared again to score 3-0, this time he did it after a good definition before the bilge scored by Alfredo Saldívar when we have the information.

Miguel Barbieri had a difficult night, as he was careless in the first three goals of Cruz Azul. The center-back failed to cut a pass from Orbelín Pineda and Bryan Angulo was left alone in front of Luis García in the 1-0. A similar action happened in the 2-0, because the Argentine did not calculate a clearance from the defensive zone of the Machine, action in which the 2-0 of Santiago Giménez was born. Finally, at 3-0 he also made a mistake. He slipped and left the ball in the boots of Bryan Angulo, who scored his second goal of the match.

Five minutes were enough for the Machine to have the score 2-0 in their favor. Just three minutes later, Bryan Angulo was in charge of shooting the first of the night with a powerful cross shot, while at 5 ‘, Santiago Giménez took advantage of a clash between Orbelín Pineda and Luis García to, without a goalkeeper, send the ball to the networks.

Rotations do not affect the ‘Machine’

Juan Reynoso surprised by leaving players like Jonathan Rodríguez or Pablo Aguilar on the substitute bench. However, the rotations did not weigh on Cruz Azul and ended up stopping Toluca, who before the match had a perfect pace with three wins. In addition to ‘Cabecita’ and Aguilar, Ignacio Rivero and Rafael Baca, players who usually start, were also substitutes.