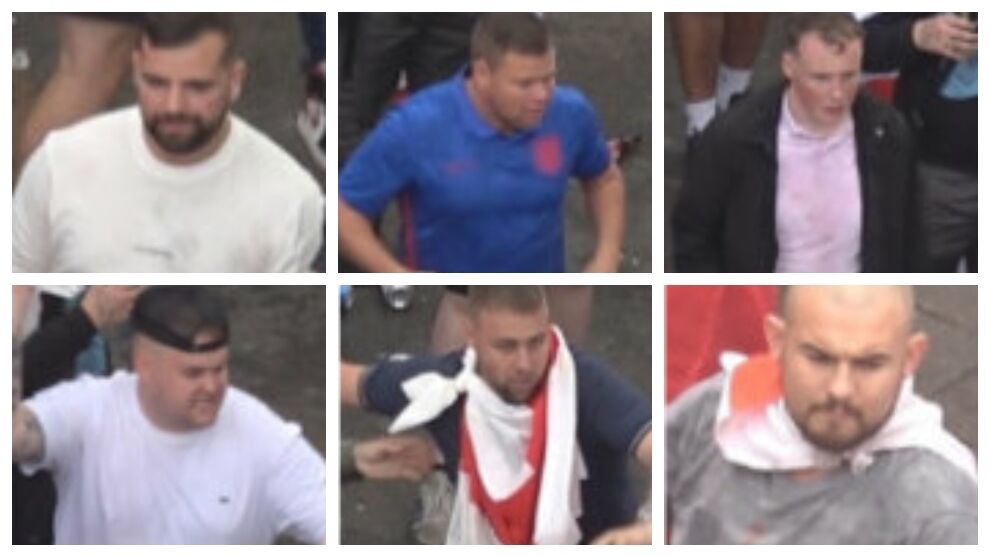 Large numbers of people caused chaos in the vicinity of Wembley Stadium in the previous of the final of the Eurocopa that Italy and England disputed a week ago. A lots of English fans without a ticket tried to sneak into the stadium and some succeeded, bypassing the security of the compound and confronting the police who tried to arrest them. British police authorities estimate that around 5,000 fans without a location may have opened step to the field.

Now, after a few days of research, the security forces have released images of 10 of those allegedly responsible for these incidents. The Metropolitan Police, which received harsh criticism last Sunday, assured that bring to justice those who caused these scenes of violence.

“Behind the scenes of disorder both at Wembley Stadium and in central London, we promised that those responsible would face the consequences “, said Sergeant Matt Simpson, in statements that the ‘Daily Mail’ collects.

“Today’s action is taking place to try to identify those we think have questions to answer. If you know who any of them are, we recommend that you contact us as soon as possible, “he continued, sending a message to the population to collaborate with the police.

We try to identify those we think have questions to answer

What’s more, two Wembley stewards have been arrested for supposedly trying to sell tickets for the final of the Eurocup worth about 5,200 euros.

On the other hand, after the game, Marcus Rashford, Jadon Sancho and Bukayo Saka, the three footballers who missed penalties against Italy in the final, received racist insults on social media, something the police are also investigating.

“We are supporting police action across the UK to identify those responsible for racist and offensive comments posted on social media, “explained Matt Simpson.