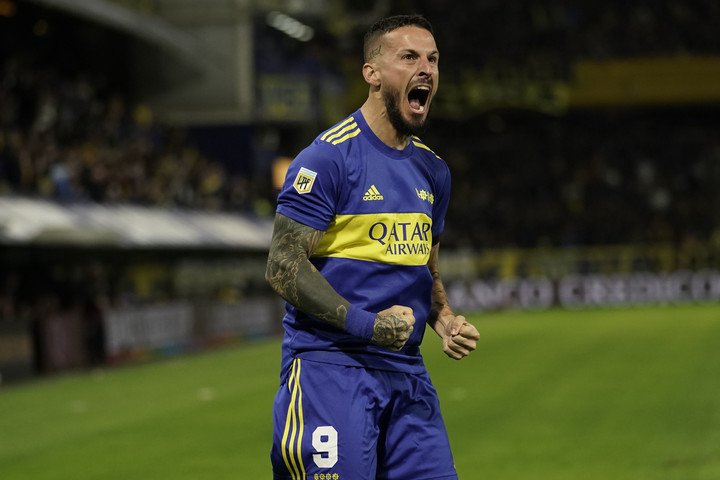 Saturday of Super action in the Professional League Cup. In a day with seven games, the penultimate date before the closing of the Initial Phase, Mouth closed their classification with 2-0 against Barracas in the Bombonera and also made sure to finish second, behind Estudiantes. Y River he also takes out his ticket to the next round: crushed Sarmiento in Junín and maintains second place in his area.

In total, there are still four places available in the playoff. Racing and River are already in for Zone A and for B, Estudiantes and Boca.

​El Pincha, with Friday’s victory against Aldosivi in ​​UNO, he even made sure to be the pointer of Zone B, and define the first kill-kill of the LPF Cup at home. While the Academy, which tied with Banfield in the Cylinder, he could not fasten the first place in Zone A although he was very close: he needs one more point.

Besides, Tigre lost to Vélez at the Amalfitani and missed a golden chance to get into the top four of his grouppo. In any case, those of Diego Martínez, one of the revelations of the tournament, are still third but on the last date they go against Xeneize. In that area, Matador, Aldosivi (4th), Huracán and Central Córdoba are the ones fighting for the two available places.

With the three points in Junín, the Millionaire qualified for the quarterfinals: He reached 26 units, three less than Racing (he can still aspire to overtake him on goal difference on the last date). He took three from Newell’s (with an overwhelming goal difference: +18 vs. +4), five from Argentinos (plays on Monday) and seven from Defense (who also has to play on this date).

Those who said goodbye to the playoff this Saturday were Barracas, who lost to Boca, and Colón, who lost to Arsenal.

How could there be a Super in the quarters?

There is only one possibility: that the Millionaire is third in his groupsomething that would only happen if River loses to Platense on the last date and also El Bicho gets the six points it has at stake (against Calamar and Unión).

With the positions as they are so far, River and Boca could only face each other in the final, since they go on different sides of the key. However, if the Millionaire is 1st (Racing must lose to San Lorenzo and River beat Platense) there could be a Super in the semis, which will be played on a neutral field.

Here, the positions and what remains for those who are located in the main positions of each zone.

Union (V)
Board of Trustees (L)

The Zone B table.

THE CROSSES IN QUARTERS

Once the group stage is over, the top four teams from each zone will play the quarterfinals. The quarter duels will be a single match in the stadium of the best classified. And in case of equality in the 90 minutes there will be penalties.

1) The first of zone A vs. the room in zone B: Racing vs. Aldosivi.

2) The second of Zone B vs. the third from zone A: mouth vs. Newells.

3) The second in zone A vs. the third from zone B: River vs. Tiger

4) The first from zone B vs the fourth from zone A: students vs. Argentines.

In the semifinals (also a single match but on a neutral court) the winner of the duel of Racing-Aldosivi before the pass from Boca-Newell’s. On the other hand, those who pass from River-Tigre and Students-Argentines. And then the finale. In that instance, the regulation indicates that in case of a tie there will be a supplementary. And if equality persists, penalties.

The winner of the League Cup will secure a place in the group stage of the 2023 Copa Libertadores.

League Cup: Boca and River classified and when they can meet