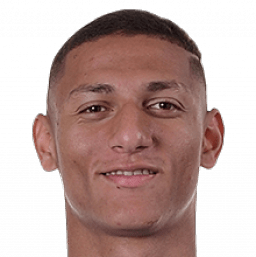 Richarlison has a special connection to get off to a good start wherever he goes. The Brazilian footballer, who was one of Tottenham’s most expensive signings this summer, hasn’t taken long to connect with the Spurs fans. The international for the canarinha has a history of overcoming since he was little, a pressure that has always accompanied him and in turn has made him overcome himself to be today in one of the best clubs in England.

A reflection of this was the image that was seen after his debut in the UEFA Champions League, which ended with a Tottenham win against Olympique Marseille with two goals from Richarlison that allowed the Lilywhites to add their first three points in the return to the continental competition. But more than his two headers to overcome the French team, the image of the match came after the final whistle.

Richarlison approached one of the sides of the stands and, reunited with his relatives who saw him in the first row, he broke down in tears after becoming the hero in his first big European night.. The Brazilian, already established with the National Team and also as one of the best attackers in the Premier League, has never forgotten where he comes from and who has accompanied him on a path that has not been easy for him and his team.

Foram anos de luta, e você semper esteve ao meu side. It is only necessary to thank you for not giving up on me and my dream. Hoje, ter você na aqui, aroundu o momento ainda more exciting p mim. We are still together for dreams even greater than virão! Obrigado, pai! 💙🤍 pic.twitter.com/Oini3eyIAe

The one from Espírito Santo, at 25, grew up in the poverty of the favelas, where the most common thing was that the sale of drugs absorbed the young boys of the place. Something that he managed to avoid selling ice creams with his mother, and also playing soccer from a very young age to be able to fight for what he has achieved today. In this way, Richarlison avoided a path that many of his friends followed. Some of them ended up in jail, and others ended up dying..

“I am here in the Premier League and I help my family. That’s what matters to me. I didn’t listen to people who just wanted something bad.”, he explained at the time when he was a member of Everton. The attacker was considered a “thief” because his close circle in Brazil saw easy money in drugs. Given this, he focused on helping his family, and his father with a great sacrifice, spending on balls (he revealed that he bought up to ten when he was seven years old) brought him closer to the path that has ended up leading him to play in the UEFA Champions League for the first time, leaving his debut for the memory.

From haggling jail to star of the Champions