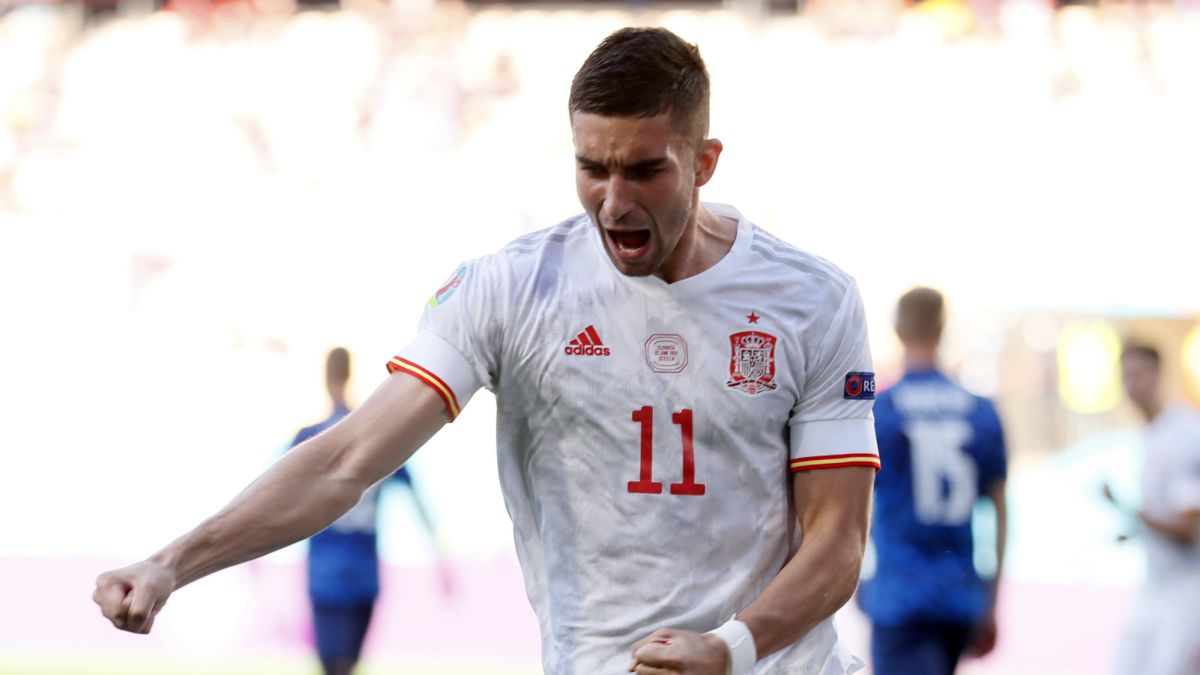 The end of the Spanish team Ferran Torres has ensured that within the team they were “calm” despite the draws against Sweden and Poland and sure that “the reward in the end had to come”, as happened in the win against Slovakia, a match that was “the icing on the cake” to the work done in recent weeks.

“From the first day we were calm because we knew that we were working very well, that the reward had to come in the end. Yesterday was the icing on the cake, that work paid off and now we have to keep working because on Monday we have a great final against Croatia, “Torres said to the press.

The winger explained that they have “a very clear philosophy based on work, humility and the unity of the group.” “That is the most important thing and what has made us turn around the situation of how the Euro started a bit. We have to continue down this path, “he encouraged.

Author of the fourth goal against Slovakia, he acknowledged that it was a “very nice” goal by scoring from the heel. “I celebrated with anger because seeing the fans so happy, in such a beautiful game with so many goals, was something that moved me a lot. It was for them because they deserved it, the fans are very important to us,” he thanked. “The issue of Lewandowski, if I offended someone I want to apologize because it is a reference for me,” he settled.

As for penalties, luck in which Spain has failed twice in this European Championship, the Manchester City player assured that they will solve this problem. “It is not a situation that worries us because we try to work everything and it is a point that we are working on. In the next penalties it will bear fruit and we will be able to put them in, “he confided.

PoLastly, Torres indicated that “playing with Sergio Busquets is a pleasure because everything is easier.” “He is a player who we already know the trajectory he has, who has given a lot to this team and we just have to enjoy his football and accompany him,” he transmitted about the captain of the team.