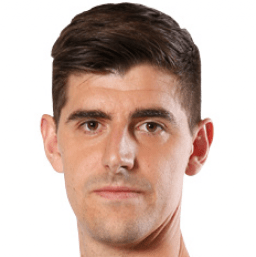 The debate is less and less; and the feeling that the best goalkeeper in the world was born in Bree, older. Courtois has signed a season with honors. And the data backs it up. Some impressive numbers that will serve as your resume for all individual goalkeeper awards. Those who have turned their backs on him until now and who surfaced when ‘FourFourTwo’ magazine left him out of the top-10 goalkeepers. Thibaut responded off and on the field. “With the games I’ve played this season, that magazine portrays itself. I’m not saying that they put me first or second. Something is wrong if they don’t put me in the top-10. It shows that if they later have to vote for a prize they have no idea, ” said the Belgian in March in ‘Miguel Serrano TV’.

On the green, their numbers speak. He has been the one who has made the most stops this season in the five major leagues (160), ahead of Vicario (Empoli, 152), De Gea (Manchester United, 148) and Trapp (Eintracht Frankfurt, also 148) and Schmeichel (Leicester, 145). But in the breakdown of that figure, he comes out even more favored. Nobody has made more saves on shots from outside the box (66), leaving behind Hradecky (Leverkusen, 55) and De Gea (55). The Spanish goalkeeper is, by numbers, one of his biggest opponents in every stat. But despite being quite close, in none he manages to overcome him; he is only ‘able’ to tie in shots from inside the area, having stopped 91the same as the Belgian. Everything converges in that Courtois has the best percentage of saves in the five major leagues, having signed 77.34%.

His miracles have put an end, and almost the end, to the debate about who is the best goalkeeper in the world today, an Olympus where Transfermarkt also places him. His €60M makes him the most valuable goalkeeper on the planet, ahead of Donnarumma (PSG), Alisson (Liverpool), both with €50M, and the €45M of Ederson (City) and Oblak (Atleti) . The Slovenian, precisely, seemed to reign for many years. But the comparison between the two, this course, enhances the madridista, having made 27 more stops in the League and 33 in the Champions League. His merit acquires special resonance right there, in Europe, where great deeds are cooked, where he has signed a sublime year. The best of his life.

A night in Paris

For Real Madrid it is already unforgettable the recital of miracles who signed in the final of the Stade de France. That May 28 became the goalkeeper with the most stops in a Champions League final… with nine! No one had ever had to intervene so much. Until that day, the record was shared between Van der Sar (eight, in Rome, against Barça in 2009) and Alisson (the same, in the Metropolitan, against Tottenham). Nine cherries to a superlative Champions, in which he intervened an average of 4.54 times per game (Alisson, his counterpart in Paris, 1.08). Altogether he signed 59 stops, the most of the entire edition, at a considerable distance from the second (Rulli, 41) and the third (Vlachodimos, 37). For something he played absolutely every minute of the edition (1,230 ′).

In the League he did not breathe either: he only missed two games and with the 35th already in the museum. He has disputed 3,240 ′ and, with its coefficient of 0.81, it has remained on the banks of the ‘Zamora’ Bono (0.77), but he was the third with the most clean sheets (22) of the five major leagues, after Alisson (24) and Ederson (23). As a climax, he has saved three of the four penalties that have been thrown at him: neither Messi, nor Raúl Garcia, nor Guedes could beat him. Numbers and sensations that place him, this time yes, as the favorite to Lev Yashin Trophywhich is awarded by France Football, and The Best for Best Goalkeepercourtesy of FIFA. Courtois is already number one.