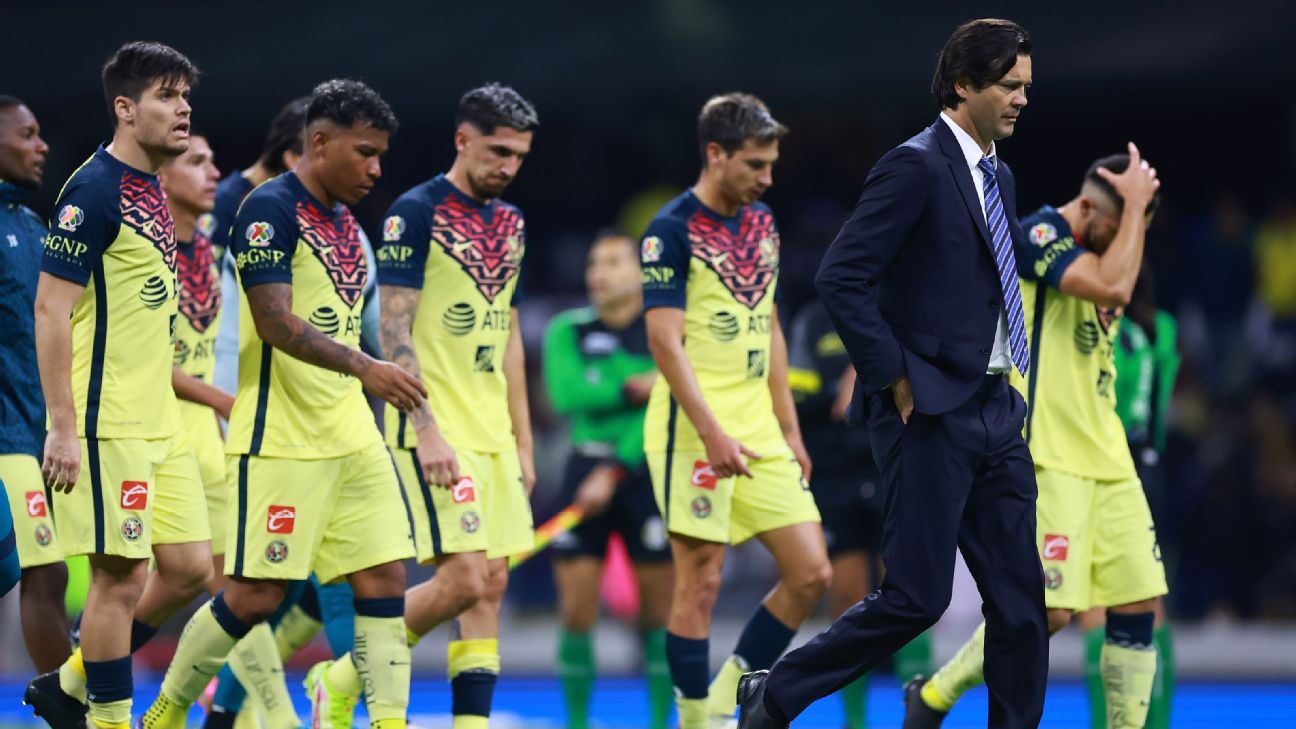 America is going through a bad time with Santiago Solari leading the team, whose last setback occurred in the 2-1 defeat against Mazatlán FC on Matchday 5 of Clausura 2022, which is why fans on social networks have pressed for his departure from the institution, since the club is in fourteenth place in the standings with four points, the product of a win, a draw and three setbacks .

The first half of the year has not been easy for the former coach of the Real Madrid, who also left the white club due to a string of poor results that overwhelmed the patience of the white leadership in just under four months from the start of his termwhich spanned from November 13, 2018 to March 11, 2019.

In the quarterfinals of the Apertura 2021, América faced Pumas and they were surprised at the Azteca Stadium with a 3-1 defeat in the second legafter that, during the first 90 minutes, the coach opted to defend in a foreign field, with the idea of ​​resolving before his people, which turned out adversely.

Once the failure in the last Liguilla was complete, the board used social networks to issue an apology to their fans, emphasizing that the last two had “been forgotten”remembering that the team also fell in the final of the Concacaf Champions League against Monterrey and said goodbye to their ambitions to attend the Club World Cup.

In the search to reinforce the squad for Clausura 2022, the América board reached an agreement with Chivas to exchange Sebastian Cordova by Uriel Antunahowever, the controversy surrounding the change of players between staunch rivals was reflected on social networks, to the point of creating the “#AntunaNoFirmes” trend, which influenced the final decision of the Eagles not to carry out the exchange.

Sebastián Córdova left América just one semester after he was awarded the number ’10’, due to an alleged fractured relationship with coach Santiago Solariso that a sector of the fans ‘recited’ the departure of one of the young players of the Eagles with more projection, although with performance below expectations.

América debuted in Clausura 2022 against Puebla with a one-goal draw per side, however, during the duel held on the field of the Cuauhtémoc StadiumSantiago Solari lost the ballots and entered the court to claim the whistler for a warning to Roger Martínez, which is why he was expelled.

Without Solari on the bench, America made a bitter debut in the semester against his people at the Azteca Stadium against Atlaswho dominated the actions and imposed conditions on the scoreboard with a 0 to 2, thanks to Diego Barbosa and Jonathan blacksmith.

After the failed incorporation of Uriel Antuna, America turned to Paul Arriolaformer Tijuana player, who was willing to leave DC United to return to Liga MXHowever, the high salary he asked for became an impediment to his arrival.

In the transfer window, America took over the services of the Chilean Diego Valdeswho aroused the interest of the club after his good performances with Santos and became the star signing of the Águilashowever, he missed the first dates of Clausura 2022 and was available until the match against Atlético San Luis on date 4.

In the match against Atlético de San Luis, Cáceres left the duel at minute 30 after a heavy fall that caused him to be taken off on a stretcher to be taken directly to the hospital.

Days after the game, ESPN’s César Caballero revealed that the center-back would be out of action for between three and four weeks.

Chronology of the Santiago Solari debacle with America