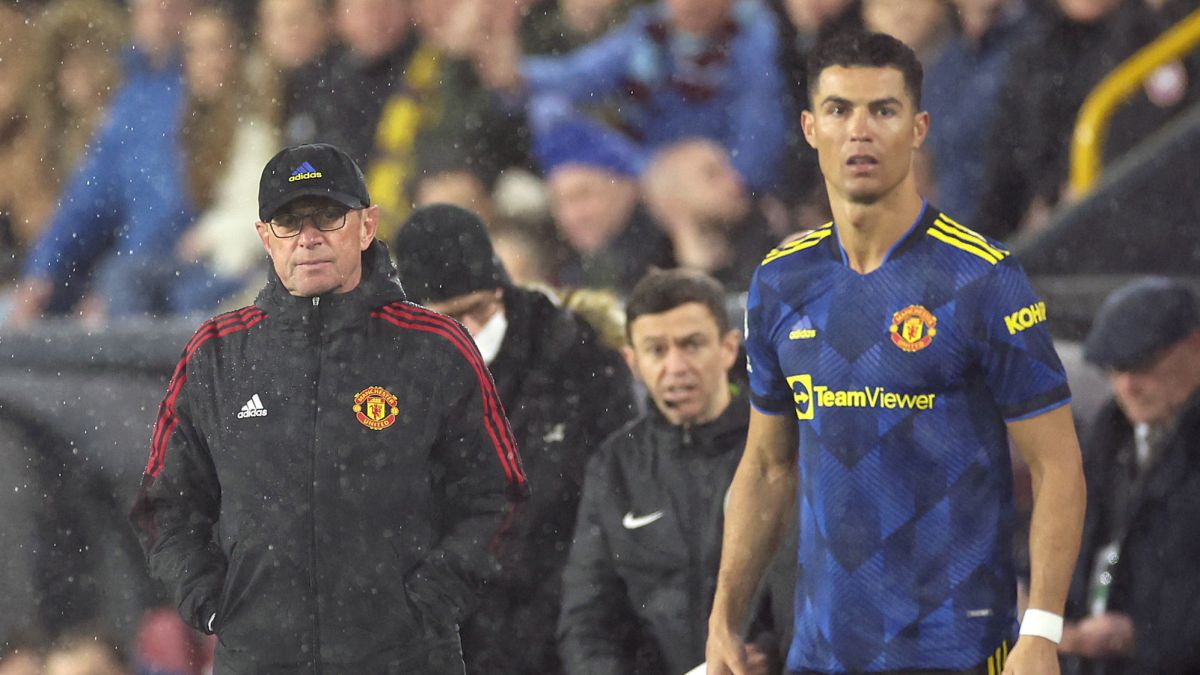 These are hectic days for the Manchester United dressing room. The ‘red devils’ club is experiencing a crisis of poor results and its coach, Ralf Rangnick does not have the support of the heavyweights in the squad, with Cristiano at the helm. As he has learned AS, the striker believes that the German does not have the level to manage Manchester United. Rangnick arrived at the end of November to replace Ole Gunnar Solskjaer and has failed to improve the team’s performance. To make matters worse, the German coach has pointed out this Friday to the Portuguese and has criticized his effectiveness in front of goal: “I should score more goals, it’s obvious“. These words have only increased the striker’s anger with his coach. The fracture between the two is total.

The Mancunian team is sixth in the Premier League, and the only tournament in which they still have a chance of winning is the Champions League. A situation that has condemned Rangnick, unable to get along with his players. Despite this, Cristiano is happy living in Manchester, and in principle, his poor relationship with the coach does not compromise his continuity at Old Trafford. For this reason, the 37-year-old striker’s plan is to continue at United next season, but it remains to be seen what plan United have with Rangnick…

There are no contacts with PSG

Cristiano enjoys spending time with his family in England and has no plans to move again. There have been many rumors that have placed him in Paris, but the truth is that he has not received any type of contact from PSG. As AS has learned, the Parisian team has not expressed interest in the United striker, at the expense of Mbappé’s future being resolved.

A new storm is brewing in Manchester, because Rangnick was going to leave his position as coach at the end of this season to become the sporting director of the ‘red devils’. However, after recent events, his future could be very different. The Mancunian board wants to avoid making any important decision until the German coach leaves the bench.

Because, all the players who left Manchester United in the last winter market did so on loan, so they will return in summer. Thanks to this, the future coach will have more room to mold the project to his liking. Another sign of the lack of confidence in Rangnick, in this case from the club itself. And although the news about a probable arrival of Pochettino are recurrent, the Argentine follows the orders of PSG, precisely. But what is clear is that the United dressing room is expecting a new manager like rain in May.