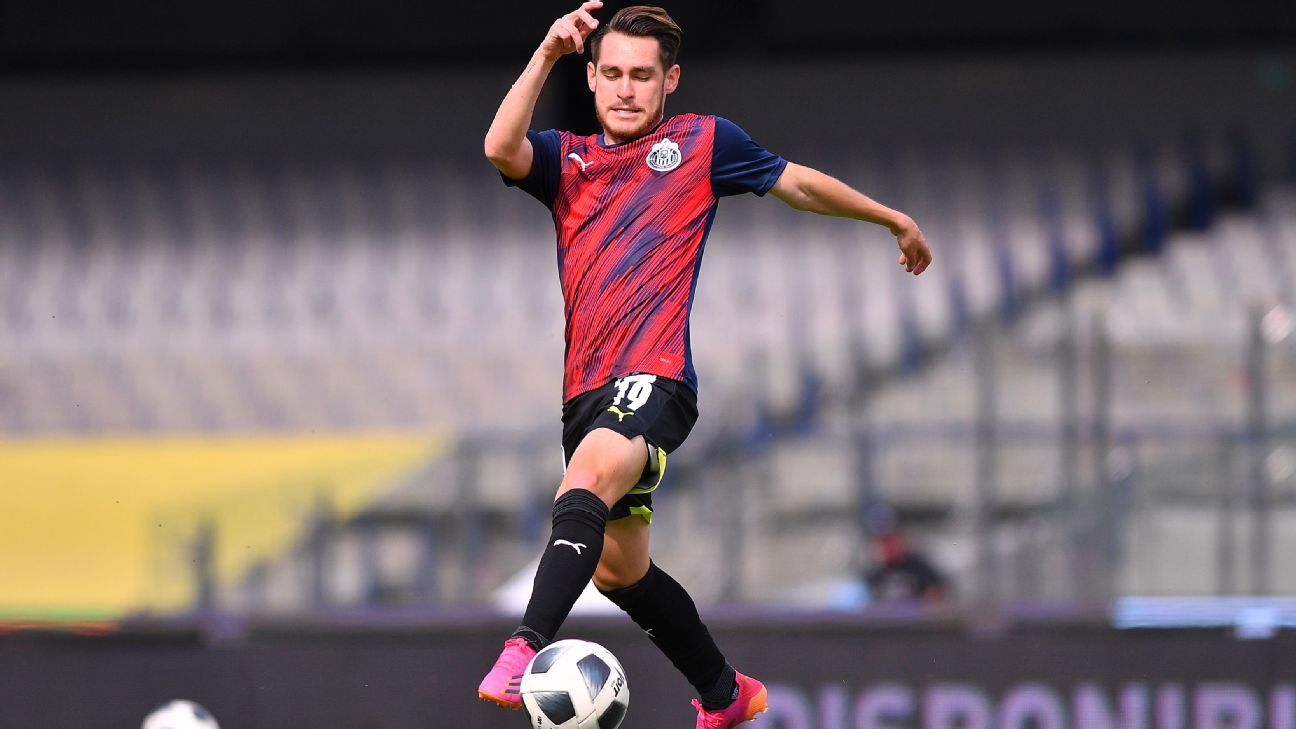 Chivas reported that soccer player Jesús Ángulo was the victim of a criminal act; is safe

GUADALAJARA – The directive of the Guadalajara confirmed that the midfielder from Chivas, Jesus Angulo, was the victim of a criminal act this afternoon in the municipality of Zapopan.

“We inform that Jesus Angulo you are well after being the victim of a criminal act. Both he and his companion are now safe and sound in the company of his family. We will provide all the support that ‘Canelo’ requires to overcome this unfortunate experience ”, reported the club.

The event occurred on Avenida de la Mancha and Carretera a Tesistán, in the Arcos de Zapopan neighborhood, after the authorities received a report call to 911, by some relatives of the midfielder from Chivas, according to a statement issued by the Municipal Police of said demarcation.

“With the information provided, an operation was immediately set up to search for it, managing to locate said abandoned car on the streets of the San Juan de Ocotán neighborhood. One of the victims contacted the reporter stating that they had already been released and that they were going to their home, so the elements went to the point where they had already interviewed those affected, who are in apparent good health “, was reported in a preliminary statement by the Municipal Police of Zapopan.

Both the player and his companion are out of danger with their family.

The Jalisco Prosecutor’s Office began an investigation folder for the theft of a vehicle in events that occurred on Wednesday night in a shopping center located in the La Cima subdivision in the municipality of Zapopan.

According to preliminary reports, at least three subjects threatened a couple who were traveling in the vehicle by getting into the car and taking it with the two occupants.

Elements of the Municipal Police, upon realizing the facts, implemented an operation to try to recover the unit, initiating a follow-up of it.

The alleged perpetrators, realizing that they were already being followed by uniformed officers, decided to abandon the vehicle at the intersection of Aviation and England avenue, escaping from the ground and taking the couple, whom they released, blocks ahead; It is worth mentioning that one of the people identified himself as a professional soccer player.

Once they were released, the victims requested support to be transferred to their home where it is reported that they are in perfect health and without any injuries.

Once the State Prosecutor’s Office learned of the personal event, it arrived at the scene in order to initiate investigations and obtain evidence that could lead to the capture of those responsible.

As the investigations progress, the state agency will be reporting through official communication channels.

We report that Jesús Angulo is well after being the victim of a criminal act.

Both he and his companion are now safe and sound in the company of his family.

We will provide all the support that ‘Canelo’ requires to overcome this unfortunate experience.