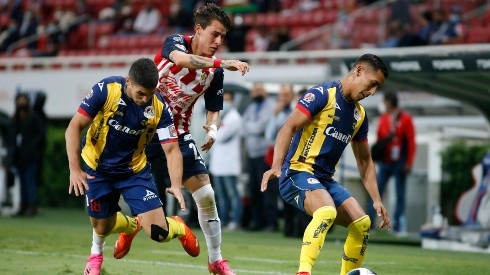 Chivas de Guadalajara and San Luis face off in a vibrant duel for Matchday 2 of the 2022 Liga MX Opening Tournament. Know the schedules and channels to see it live. Flock Passion brings you all the details.

Chivas de Guadalajara return to the field after an intense week and will do so as host against Atlético de San Luis in the Akron Stadium, a match corresponding to Day 2 of the Liga MX Opening Tournament 2022, which comes after a painful loss due to the injury of José Juan Macías, who will be out of action for the next few months.

The first team of the Sacred Flock failed to get their first win the week before when they barely managed to draw 0-0 against FC Juárez, in a match that was complicated from the beginning by the lack of goals that their attackers accused and after a week of activity the The first team is already reported ready to play again at home against the potosinos who also arrive renewed.

Ricardo Cadena, technical director of Chivas, continues with one more absence in his squad for this start of the season, since he keeps the midfielders Jesús Molina and Jesús Angulo in the infirmary, as well as JJ Macías. Although the good news is that the return of Isaac Brizuela is expected at least to go to the bench. The rest of the squad will be at his disposal, as will Alan Mozo and midfielder Fernando González.