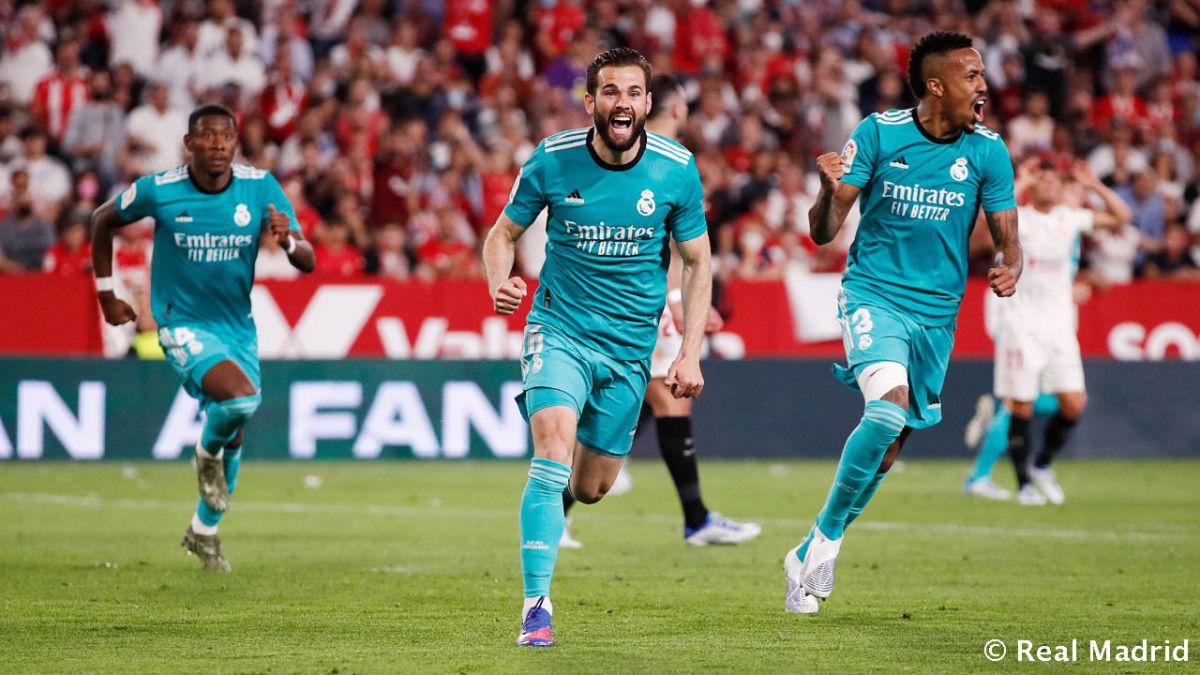 Now the topics will come, the appeal that arithmetic never gives up and that worse things (very few) have been seen, but this League is ready for papers. Madrid threw down in Pizjuán the last story that Barça had left, that on Thursday he lost his stadium and this Sunday almost definitively the League. This is how a polyhedral team that evaporates in the Clásico, wins by a tubular in Balaídos, exhibits itself at Stamford Bridge, liquidates Getafe without sweat and dies and lives on the same night against Chelsea at the Bernabéu and dies lives in the same night in the Pizjuán. There are many Madrid, but there is always one that comes out. Barça has few brotherhoods left on the burning nail.

There are times when the alignments are enough to find out the relevance of a match. It happens that the technicians go, with the passing of the week, from pressure to obsession, they play the good and the improvable and in the end Ancelotti ends up repeating a midfield that he swore in Cornellá that he would not repeat or putting Carvajal as left back, and Lopetegui responds by leaving Ocampos on the bench, probably his best offensive asset, and ends up playing with a center forward (Martial) while two (En Nesyri and Rafa Mir) sit next to him on the bench. That’s how weird the duel began. Lopetegui started out being right and Ancelotti took it away with the changes.

If the elevens presented anomalies, the plans were classic. Sevilla took their pressure to the limits of what was prudent, closed the paths to Kroos and made a very short team in the withdrawal. Madrid, with four midfielders, extended their possessions a lot to lower the temperature of the game. The sum of one and the other left a game (which ended up being two) tremendous.

Cuadra, against the ropes

Sevilla took the first steps, with a center from Papu that no one caught on his walk in front of Courtois’s beard and a half turn that Martial narrowly missed. Lopetegui put three Argentines in the eleven, which is not anything. Bernabéu wanted them on his side because they always play above their possibilities. With that spirit he was pushing Madrid against Courtois until he took the lead in an almost comic play. Rakitic mislaunched a free kick from the edge of the area, Madrid’s barrier opened dramatically (a push from Lamela helped the group that Cuadra swallowed) and betrayed Courtois, that he could only follow the ball with his eyes. The action had been prolonged by another related to the perpetual entanglement of hands. Bono and Diego Carlos jumped for a ball, the Moroccan missed the ball and ended up in the Brazilian’s raised arm. It was strange that the VAR made the statue as the afternoon came. Dozens of penalties have been awarded for much less than this, but that law is now a reed that bends depending on the wind or the referee. That penalty stuck in Cuadra’s head, who later forgave Camavinga the second yellow card for a resounding takedown of Martial. He took the easy way out: he dodged the foul.

From then on, Madrid was the second leg against Chelsea, without spark, without soul, at the mercy of an opponent whose outburst goes beyond the anthem. That’s how Ancelotti’s team swallowed the second goal, in a skid by an unrecognizable Militao against Tecatito. The ball ended up reaching Lamela, who scored at will.

The only response from Madrid before the break had very little collective. Benzema stepped on the area, cleaned two Sevilla defenders on a tile and ended up shooting high forced and without much angle. Lopetegui’s team was already beginning to leave clues that he had run out of batteries and that he would begin to live poorly on rents.

Lopetegui removed Papu and Ancelotti put in a fantastic Rodrygo, a double message that ventured another game, this one clearly from a Madrid, now a fierce wolf in the pressure. In a very precise combination between Vinicius and Carvajal, Rodrygo reduced the madridista disadvantage to a minimum. It was almost the first ball touched by the same player who lifted the team against Chelsea. Revulsive they call it.

As his team dwarfed, Lopetegui played withdrawal: Augustinsson for Acuña, Gudelj for Tecatito. The lyric had ended and the resistance began at all costs. Bono saved Militao’s long shot, Benzema missed another by three fingers. Madrid was a gale and Sevilla, a wimp.

And then came the third big mess. Lucas Vázquez sent a cross from the right, Modric grazed it and Vinicius finished off the net after a control at the intersection of the shoulder and the forearm. The trial required an anatomical expert opinion. The VAR called Cuadra, who collapsed under the pressure of the stadium while the image was frozen on the video scoreboards. A gray play that the public returned from the Sevilla target.

Things were in that ruckus when Carvajal stole the ball from Sevilla’s defense and sent a low cross that Nacho finished off the net. The high sense of duty of two homegrown players. Madrid was already in championship mode and in another fine start from Rodrygo, Benzema sent Sevilla to the ground with the coldness of a matador. What has been said: agony is the garden of a Madrid that earned the right to feel like a champion.