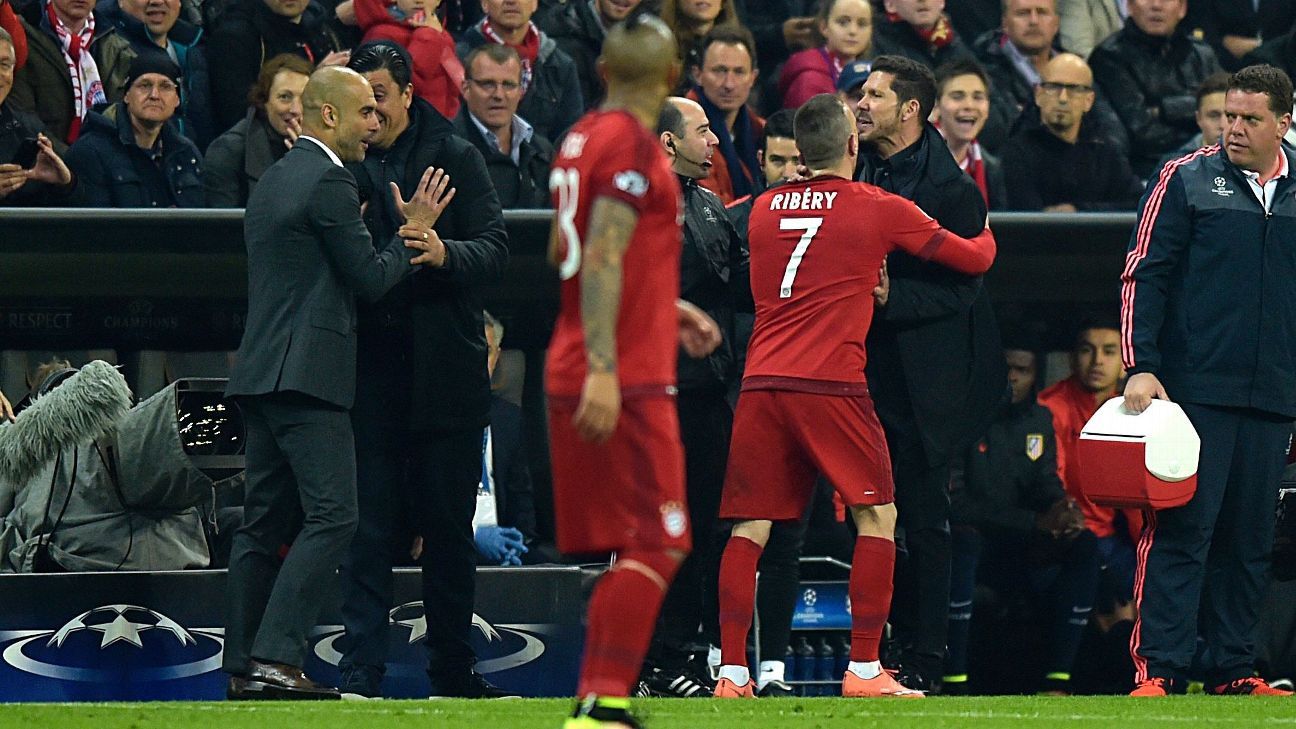 The maximum club competition reunites Simeone and Guardiola, on April 5 at the Etihad Stadium and 13 of the same month Wanda Metropolitano.

The Champions League returns to cross Diego Pablo Simeone and Pep Guardiola. Both keep a night in their memory: that of May 3, 2016, when the rojiblanco team beat Bayern Munich in Guardiola in an unusual defensive resistance exercise that took them to the final in Milan.

“I always think that if you attack may well find some space,” explained Guardiola about that night in the documentary about Simeone It premiered a few weeks ago on the platform ‘Amazon Prime Video’.

For 90 minutes, the mighty bayern directed by the Catalan coach -with Robert Lewandowski, Franck Ribery, Douglas Costa and Thomas Müller in the attack- only he found two: a corner that scored direct lack Xabi Alonso and a header from Lewandowski.

But AthleticWho spent most of the meeting refuge in his defense and shrinking waterways everywhere, found one: a backlash in which Fernando Torres put up a pass into the hole to Griezmannwho covered almost half the field to stand before Manuel Neuer and make it 1-1. And it was enough.

Lewandowski would later make it 2-1, but it would be in vain since the goal of Griezmann It had double value to being both tied rival camp in a tie which came from a 1-0 Atletico at the Vicente Calderon, a goal by Saul Ñíguez– and meant the pass to the final in Milan.

The official statistics of the UEFA of that game are expressive: 68% of possession for the bayern by 32% of the Athletic34 shots from the German team (7 from Athletic), of which 12 went on goal (4 from the red-and-white team). 591 team passes completed Guardiola 154 of the Simeone.

“I am incapable of doing that to my teams, incapable. But I admire him. That capacity for resistance, for resistance, because at some point the bee is going to sting you,” Guardiola reveals in that same documentary.

As well Simeone which on Friday he expressed his admiration for the Catalan coach Manchester CityHe remembers that meeting with anguish. “It’s those games that you say: it’s not true, what I’m seeing can’t be true, we can’t cross the middle of the field,” explains the ‘cholos‘In the audiovisual.

The Athletic made 36 tackles on the Allianz Arena that night, to 9 of his rival, and recovered 47 balls, compared to 37 of the bayern.

“The feeling was that we were playing a different sport,” recalls the captain of that team, Gabi, years later. “The worst game of my life”, agrees Koke. “It is the game in which I have felt the most superiority of the rival in my entire career,” he adds. Fernando Torres.

But Athletic I pass. And he appeared in the final in Milan in which he had within his reach the first title of the Champions League of its history, which escaped with the penalty missed by Juanfran Torres in the final round, although it could have arrived earlier if Griezmann He had had scored one in the second part of the meeting.

That crossing is not the only confrontation between Simeone and Guardiola, who also shared a league match in February 2012. The cholo’ just he took less than two months to the front of the rojiblancos, and Guardiola He faced the closure of its last campaign of his successful stage in ‘Can Barça’.

Yet rojiblanco he planted face in the Calderon. Daniel Alves overtook the Barcelona in 35 minutes, and Radamel Falcao equalized the duel around the break. The duel was resolved by the usual executioner of the Athletic: Leo MessiWith a direct free-kick just over ten minutes from the end.

The Champions League rejoins Simeone and Guardiola. On April 5 at the Etihad Stadium and on the 13th of the same month at the Wanda Metropolitano. The technician of the City how to deal with the resilience of the Athletic from SimeoneWhich this season is not, nor nearly as reliable in defense and who overcame the siege of the Allianz Arena.