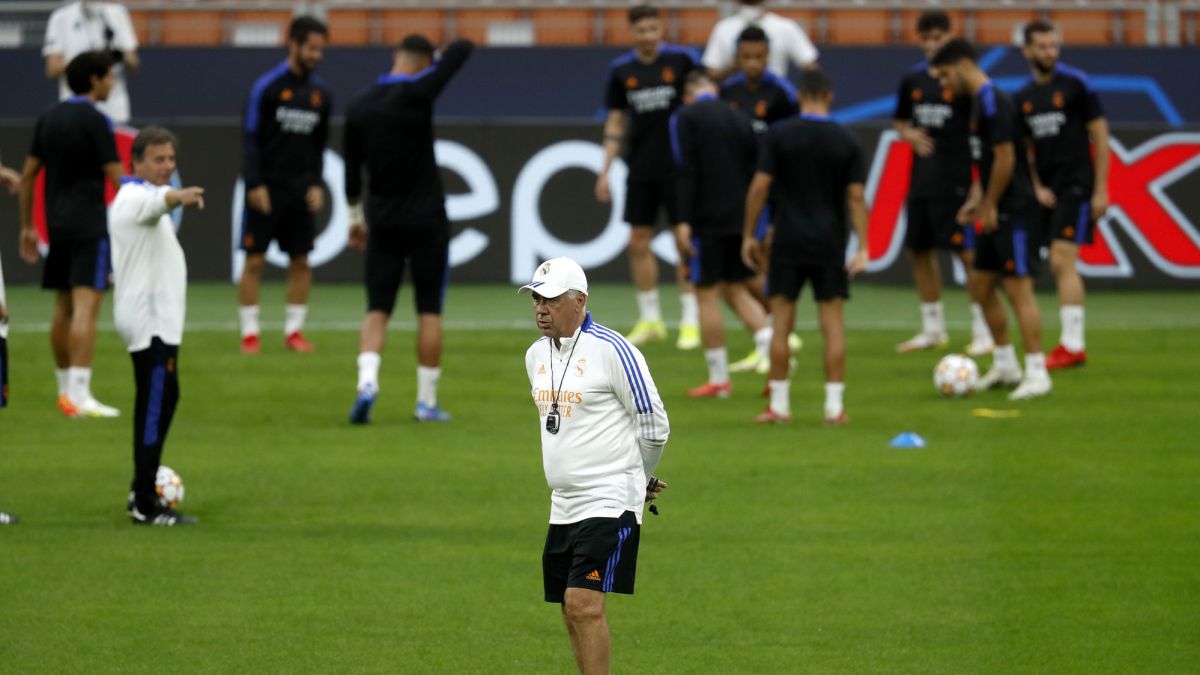 The dates and the matches are advancing and Real Madrid, with more or less difficulties, with greater or lesser solvency, is firmly on the march this 2021-22 season: five games, four wins, one draw, 14 goals for and six against. In attack he has shown ability to create and is not going badly at the end of the game at the moment, with almost three goals per duel; in defense, there is room for improvement, because against Inter he did not fit but due to lack of success by the Italians and thanks to a very inspired Courtois. Carlo Ancelotti is polishing the diamond, behind, forward and in the middle, where he will have the most problems managing all the talent available.

On defense, the issues are quite clear: Carvajal, Militao and Alaba are starters, on the right side the first and in the center positions the other two. The left side remains to be settled, but everything indicates that when Mendy recovers the place it will be for him; until then, Miguel Gutiérrez is ahead of Marcelo. And in attack, Vinicius and Benzema have already become essential, and the gap on the far right is raffled between Bale, Hazard, Rodrygo, Lucas Vázquez (although Galician is above all Carvajal’s soda behind) …

But in the middle, the overpopulation of troops offers Ancelotti an enormous range of possibilities, and at the same time puts him in the gap of share the limelight and minutes between Modric, Kross, Casemiro, Camavinga, Isco, Valverde, Ceballos and Asensio (which Carletto wants to convert indoors). It is a labyrinth, dividing a cake of three portions, those offered by Ancelotti’s 4-3-3, among eight people. Hence, Carletto is insisting every time he has the opportunity in his speech about the importance of the quality of the minutes, and not so much of the quantity: “It is not so important to start a game, the important thing is to determine it when you enter,” he commented in Milan as a result of Role played by Rodrygo, scorer of the clash.

Valverde and Camavinga knock on the door

The problem is less of a problem at the moment, as Kroos and Ceballos are injured. When both return, it will be necessary to see what Ancelotti chooses, whether to reunite the Modric-Kroos-Casemiro trio or whether to keep Valverde, a titular player for the moment and that gives the coach that intensity, deployment and balance that he asks so much whenever he takes the floor. Camavinga, a newcomer and only 18 years old, knows that it is difficult for him to take ownership this season, but it will not be because he is not trying: he has a goal and an assist in the 34 minutes that he has played in white.

Isco smiled when he saw that Ancelotti was chosen to replace Zidane on the Real Madrid bench, but so far he has counted for little; something, but little. He has played 127 minutes in three games. Asensio is a strange case, it shows that Ancelotti wants to give him ball, but for now he has it at a dropper: He has participated in the five games, but between them he only adds 68 minutes, most of them in a right interior role in which Carletto wants to install him to take advantage of his good touch on the ball and clairvoyance in the spaces, in view of the fact that as a winger He has not finished curdling since his serious injury in the summer of 2019. And what about Ceballos is unknown, there are no clues yet of what Ancelotti thinks of him, although he preferred to give Odegaard little hope before the Sevillian (it is also true that the Norwegian had a much better lineup on the market).