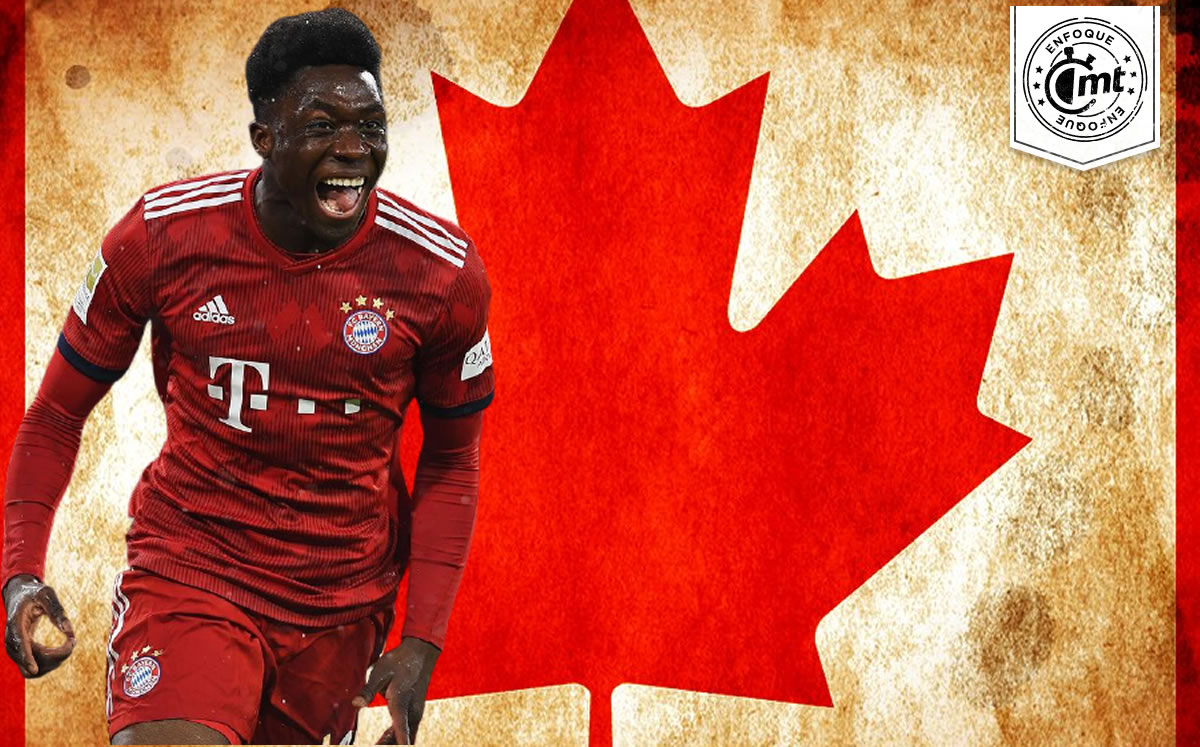 As if it were just another tourist, Alphonso davies appeared this Monday afternoon in the international arrivals area of ​​the Mexico City airport, from Frankfurt, without causing disturbances or admiration reactions.

The most expensive footballer in the entire Concacaf and undisputed holder of the Bayern Munich He was one of the first Canadians to arrive in the Aztec capital for the game this Thursday between the Tricolor and Canada in the Azteca Stadium, since the rest of the players from the country of the maple leaf they would arrive this Tuesday afternoon.

With football rights valued at $ 83 million, Davies It was not the center of a security operation because a person from the Canadian delegation simply appeared to pick it up with a vest as a badge. Despite its status, the player went unnoticed, as has happened in most of his appearances against Mexican teams.

ONLY WITH THE BAYERN HAS HE BEAT THE MEXICANS

Born in a refugee camp in Ghana, where her parents came from the civil war in Liberia, Davies has four matches against Mexican teams, both in his time with Vancouver Whitecaps and with Bayern Munich and the Canadian team.

The side that at five years of age traveled with his family to Canada, hosted for humanitarian reasons by the government of that country, faced Tigres in the Concachampions Semifinals of the 2016-17 Season with the Whitecaps. In that series the felines won both Ida’s game at Volcano 2-0 and the Vuelta on Canadian soil 2-1, for a 4-1 aggregate.

Their second confrontation was representing his country in the 2019 Gold Cup already as a Bayern Munich player. On that occasion the Tricolor won 3-1 in the city of Charlotte during the Group Stage of the tournament.

The last time he had the Mexican flag in front of him was in the last Club World Cup when the Bayern played the Final of the tournament against Tigres, this being the only duel in which he came out with a positive balance after the Bavarians won 1-0.

Davies is by far the most expensive footballer in all of Concacaf. Even though he doesn’t have the reflectors of other players like Christian Pulisic or Hirving Lozano, the Canadian has a value of $ 83 million According to Transfermarkt figures, exceeding the 59 million dollars and the 53 that are worth Captain America and Chucky, respectively.

In two years, Davies raised its value eight times than Bayern Munich paid the Vancouver Whitecaps in January 2019, as the Bavarians acquired it for $ 11 million.

With the 83 million dollars that Alphonso Davies is worth, the player has a higher value than 15 Liga MX teams, since only Monterrey, Tigres and America are not surpassed by the value of the Canadian.

The rest of the Liga MX clubs are worth less than what the Bayern Munich defender costs, including three of the big four of Aztec football as they are Cruz Azul, Chivas and Pumas, which have a value in your template of $ 77 million, $ 53 and $ 28, respectively.

This will be the rival of greater “luxury” than the Tricolor faces in the World Cup qualifying round, in which he adds 7 points out of 9 possible, making him leader of the Octagonal, after 3 rounds out of a total of 14.

The Mexican National Team will face Canada on Thursday at 7:40 p.m. (from central Mexico), in a match that will also include former Puebla striker Lucas Cavallini, currently in the Vancouver Whitecaps, as well as the league’s scoring leader. from France, Jonathan David, who has scored 6 goals for Lille.