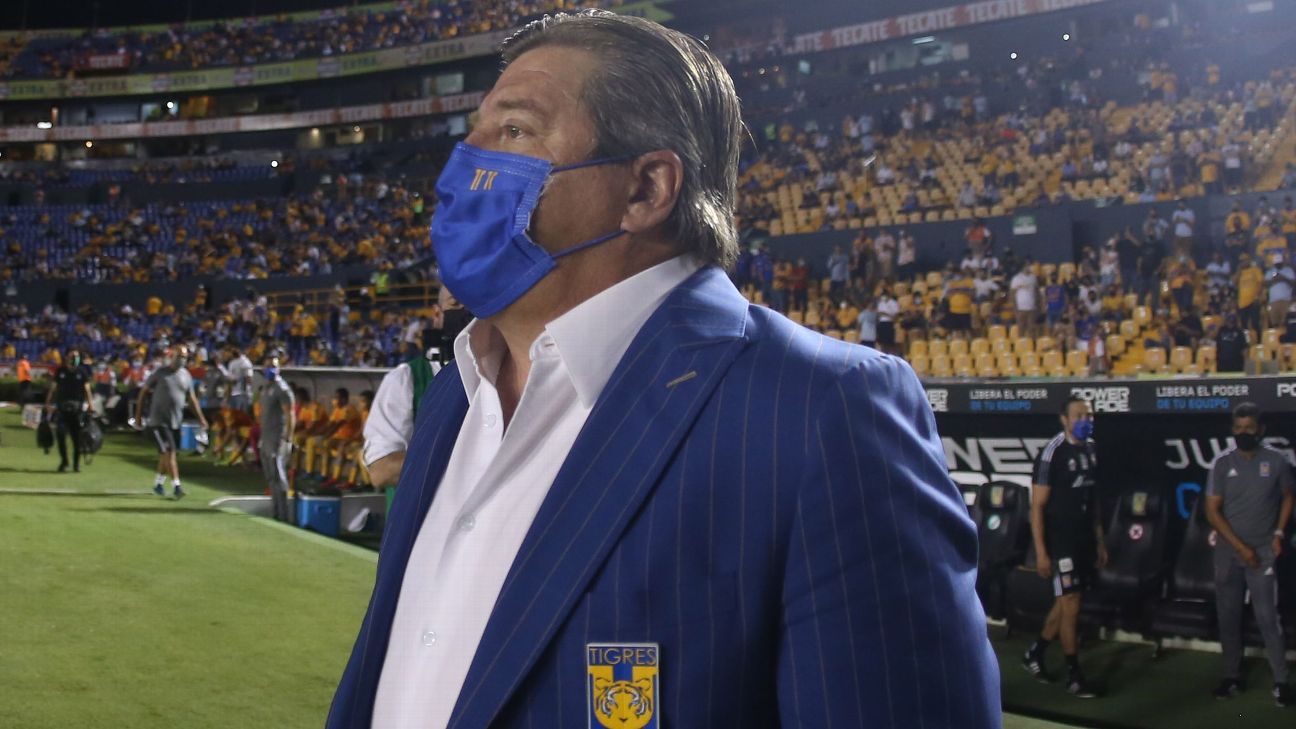 Coach Miguel Herrera described the expulsion of Florian Thauvin in the Tigres game against Santos as unfortunate, said that they will talk to him so that he does not make such plays and that they will wait for him to get into the rhythm.

“An unfortunate play, it comes from a different style, stronger, the sweep is at grass level, it does hit the Santos player, but already qualified by the referee you have to leave the situation like that and talk to him about it being more conscious and that here it is not swept so much, we will show him that there are plays that do not have to be made, we will hope that he catches his step, but it is normal that he comes from a different rhythm to a different one, “he said.

Florian Thauvin made his debut with Tigres in the match against the Lagunero team, but he spent 34 minutes on the court because he was sent off, after a foul committed against Omar Campos.

Regarding the game, the helmsman declared that he left him with mixed feelings, because in the first half they did not have a good performance, while in the second it was the opposite.

“We did not make a good first half, we fell into despair, they squeezed us well, we asked for the balls, but we were much superior in the second half, we had the last play to win, we had several to finish, we got the draw, I liked the attitude, reaction, is what we try, that it be a determined team and look for the rival goal, despite having one less man we do not stop looking for him, “he said.

The Santos strategist, Guillermo Almada, considered that his team lacked personality to handle the game in the second half, which they came with an advantage and one more man after the expulsion of the Tigres player, Florian Thauvin.

“I did not like the second half and beyond that we create situations, we lacked to have personality, to take advantage of the man of more, we lacked personality in the handling and that is where we fail,” he said.

Regarding the player Omar Campos, who was injured after the blow he received from Florian Thauvin, the helmsman expressed that he will not anticipate anything because surely the player will have to undergo medical examinations.

“I do not have a report, he is in pain, they will surely give him a plaque, but he cannot support his leg, hopefully it is nothing, he is at a high level, we resent when we did not have it, hopefully he recovers, I cannot anticipate anything because they will study him “, he asserted.