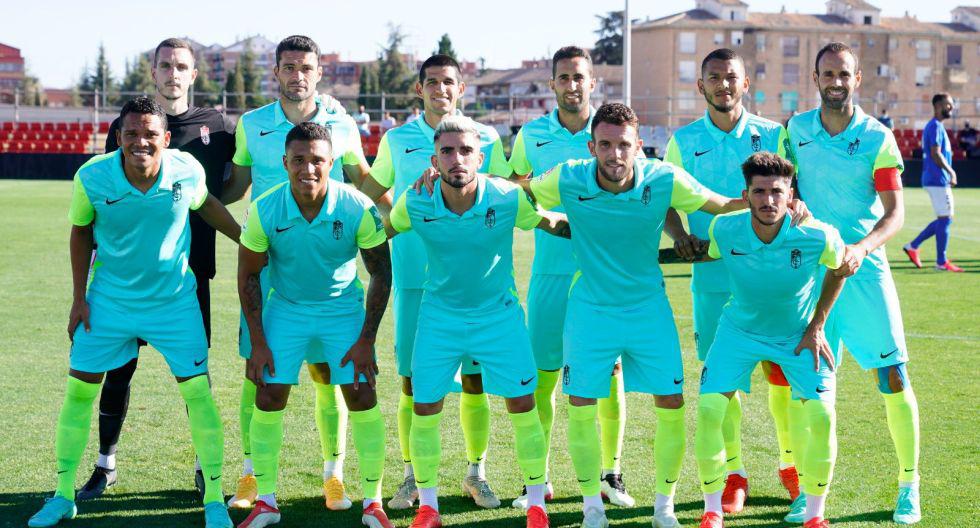 The defense of the Peruvian Selection earned a place in the Granada CF starting team. Luis Abram He was once again considered from the beginning for a new friendly meeting of the LaLiga Santander club, the same one that put him face to face with Linares, as part of his preparation for the 2021-22 season.

Robert Moreno decided to give the national center back the confidence, who once again showed that he arrives with a good rhythm, despite the string of matches that he had to play since his recent arrival in Spain, after his transfer from Velez Sarsfield of Argentina.

Luis Abram is shaping up to be the left center back in Granada CF, although the player of the Peruvian Selection He knows that he still has to complement the rest of the team in the short time that remains before the start of one of the most attractive and competitive championships in the world.

The center-back is one of the incorporations of the Spanish cast for this season, where he will share changing rooms with the Colombian striker, Carlos Bacca and one of the revelations of the last championship, the Venezuelan Darwin Machís.

The coach of Granada is aware that Luis Abram He has yet to finish adapting to the team, especially after his short preseason due to the fact that he joined the Los Cármenes cast late due to his participation with the Peruvian Selection in the America’s Cup. However, he did not miss the opportunity to praise what the defender showed in his short time in Spain.

“He is adjusting well. The only thing he still needs is to receive information, but I have not yet wanted to overwhelm him with it because the poor man is sleeping three hours to come to train and you have to understand that it is not easy to cross the pond and give up from minute one. The boy has the conditions to perform in the central defense ”, said the coach at a press conference.