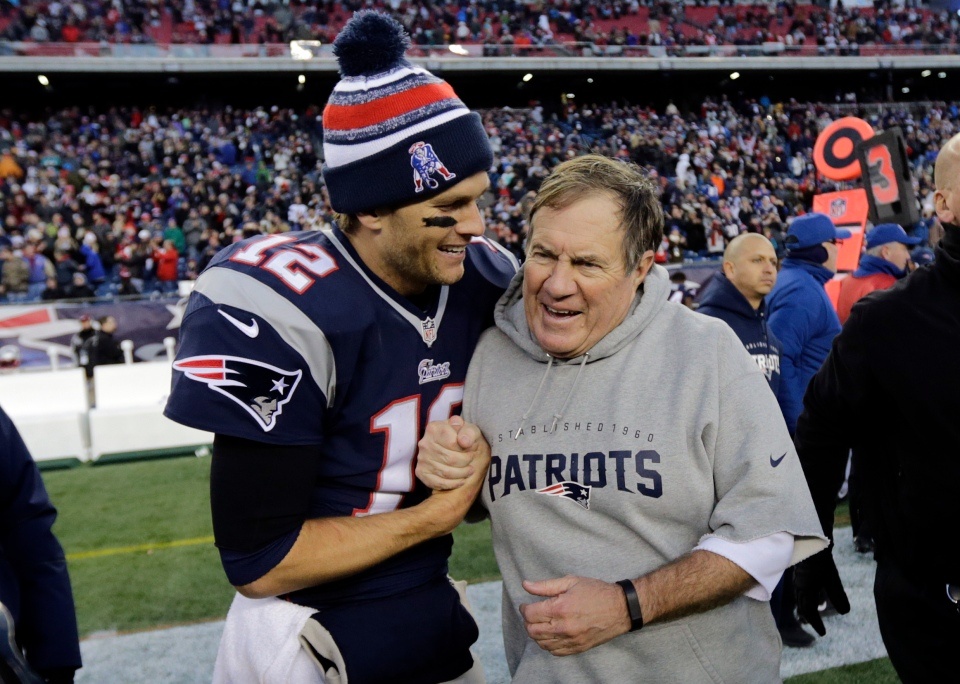 IN his first season with the Tampa Bay Buccaneers, Tom Brady won the franchise’s second Super Bowl, the first since 2003.

Before his success in Tampa Bay, Brady was able to help lead the New England Patriots to six Super Bowl wins before leaving.

Why did Tom Brady leave the New England Patriots?

Considered the best quarterback in NFL history, the 44-year-old Brady was selected 199th overall by the Patriots in the sixth round of the 2000 NFL Draft.

He spent 20 seasons with the Patriots, where he was the focal point of the franchise’s dynasty from 2001 to 2019.

However, before the 2020-2021 season, Brady shocked the NFL world when he signed with the Buccaneers.

In 2019, Brady restructured his contract to allow him to enter free agency the following year.

The contract specified that the Patriots could not franchise or transition tag the veteran player, allowing him the freedom to move.

As the 2019 season drew to a close, Brady wanted to negotiate a longer-term contract with the Patriots that would allow him to retire with New England.

However, owner Robert Kraft and coach Bill Belichick were reluctant, preferring to offer the aging player a short-term contract.

According to nbc sports boston“A tangible effort by the Patriots to keep Tom Brady in New England never happened. There was no negotiation.

“Just the hint that Brady had to say what he wanted. For Brady, that stance spoke volumes.”

Brady is said to have felt unwanted by the side, cementing his decision to leave the team.

“I think Tom is gone. I think it’s a done deal, and Bill is going to be Bill. The calls are going to be short and to the point.”

Talib added: “We received a report saying that (his call) did not go well. I had a call that didn’t go well with Bill before, so I can imagine what happened on that call.”

Talib also pointed out that Brady and Belichick might have wanted to know if they were capable of winning the Super Bowl without each other.

“It’s kind of a bewilderment on both shoulders that it’s like, ‘I want to do this and see if I can do it without him,'” Talib added.

On February 1, 2022, Brady initially announced his retirement from the NFL.

“I have always believed that the sport of football is an ‘all-in’ proposition: if there is not a 100% competitive commitment, you will not succeed, and success is what I love most about our game,” Brady wrote. in an Instagram post at the time.

“There is a physical, mental and emotional challenge EVERY day that has allowed me to maximize my full potential. And I’ve done my best these past 22 years. There are no shortcuts to success on the field or in life.

“This is hard for me to write, but here it goes: I’m not going to make that competitive commitment anymore,” he continued.

“I have loved my career in the NFL and now is the time to focus my time and energy on other things that require my attention.”

He then went on to thank the fans, his teammates and his family, along with his coaches.

The news comes just days after rumors began to circulate that the quarterback was hanging up his shoes, rumors that Brady’s father, Tom Brady Sr., had denied at the time.

However, weeks after his initial announcement, Brady tweeted on March 13, 2022, that he would play in the upcoming season.

«These last two months I have realized that my place is still on the field and not in the stands. That moment will come. But it’s not now,” he said on social media.

He added: “I love my teammates and I love my family who supports me. They make everything possible. I will be back for my 23rd season in Tampa. Unfinished business LFG».

Why did Tom Brady choose the Tampa Bay Buccaneers?

After announcing his decision to sign with Tampa Bay, Brady explained why he chose the Bucs in his welcoming news conference, describing the franchise as an “intriguing” prospect.

“There were a lot of things that really intrigued me about the organization: the players and the coaches, and everybody’s willingness to try and achieve the goal of playing football, which is to win,” Brady said.

According to Sports Illustrated, the Los Angeles Chargers were another option for Brady, but the father of three chose Tampa Bay for “family considerations.”

What was Tom Brady’s contract with Tampa Bay?

In March 2021, Brady signed a contract extension with the Bucs to stay with the team for another two years.

Brady signed another two-year deal with the Bucs for $50 million.

Why did Tom Brady leave the New England Patriots? – Start