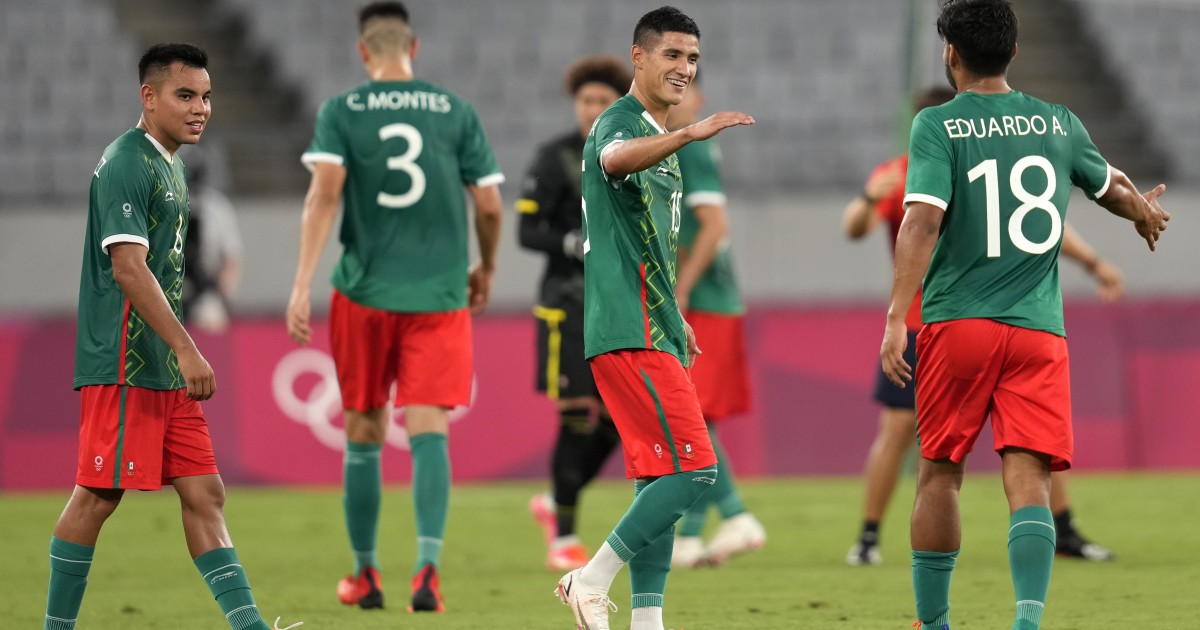 After spectacularly liquidating South Korea, Mexico’s Olympic team faces its counterpart from Brazil in a duel for a place in the men’s final at Tokyo 2020. The winner will be awarded the right to contest the final, which will ensure him a silver medal at least, while the loser will have to dispute the bronze medal against the team that falls in another semifinal, between host Japan and Spain.

Brazil and Mexico contested for the gold medal in London 2012 when Oribe Peralta scored two goals to give the Tricolor Olympic team the gold medal, one of their greatest feats in football.

The meeting between Brazilians and Mexicans will be played early Tuesday at 1 am Pacific Time and can be seen on Telemundo and NBCSN.

The other semi-final between Japan and Spain will be at 4 am and can be seen on NBCSN.

“We are one step away from making history again,” said Henry Martin. “The most important thing about this team is that anyone scores a goal. That’s very good”.

The bad news from Mexico is that he will not be able to count on defender Jorge Sánchez in the semis, who received a second yellow on Saturday, while his winger Erick Aguirre would not be recovered from a muscle injury, in the event that El Tri reaches the final, according to Lozano.

Richarlison is the great weapon of the ‘canarinha’ to unblock the matches, but he needs spaces to be decisive. His five goals came against Germany and another two against Saudi Arabia, already in the final minutes and with no options for anything in the tournament.

In that round trip scenario, Everton’s is decisive. Mexico arrives with a greased machine. Six goals to South Korea in just ten shots on goal. From the veteran of ‘Memo’ Ochoa to the self-confidence of Luis Romo, Henry Martín and Sebastián Córdova, who are holding a tournament that can give them the ticket to Europe. In Romo’s case, it could already happen before the start of the Olympic Games, but his club, Cruz Azul, rejected Getafe’s offer, with Michel, a former Pumas technician and a good connoisseur of Mexican talent as the backer. He did it trusting that the midfielder would raise his price in the tournament. And so it has been. Destroyer, constructor and finisher; a ‘box to box’ that cries out to cross the pond.

Showdown in Kashima between two countries with a long history in senior teams and whose only Olympic showdown ended with Mexico hanging the gold medal around their necks in the 2012 final in London. On that occasion they postponed the Brazilian dream that would come four years later in their land, in Rio 2016, and now they seek to leave Dani Alves without fulfilling his at 38 years old.