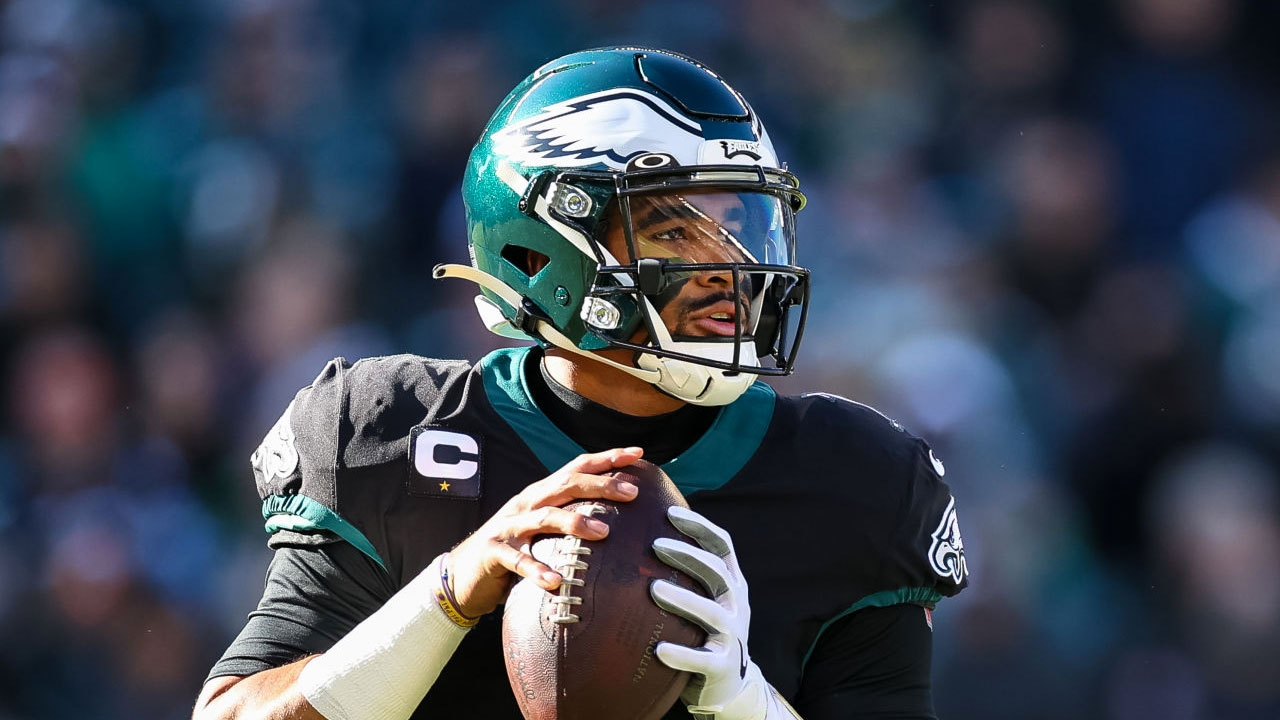 Free Agency continues its course, the teams move on, and the next phase is the 2022 NFL Draft, where before it even started, the Eagles already generated noise after making a mega-trade from the first round of this edition until 2024 with the New Orleans Saints. Thus, this is the panorama of Philadelphia towards what for many is the most important event of the offseason.

The Eagles’ 2021 NFL Season was bipolar in character; truly light and shadow. A disastrous start, but a phenomenal finish was enough for them to finish the year with a 9-8 mark, move into the seventh seed in the NFC and enter the Playoffs, although they did not manage to go beyond the Wild Card Round.

The narrative must change in Philadelphia. HC Nick Sirianni puts his rookie year behind him to try and make this organization a consistent playoff contender. To do this, they must first solve the biggest question surrounding the franchise: Is Jalen Hurts their quarterback of the future? Everything indicates that, at the moment, he is. But they will have to squeeze every last resource from the 2022 Draft to surround him with weapons that guarantee his long-term continuity.

As previously mentioned, during the 2022 NFL Free Agency, the Eagles were one of the teams that went most unnoticed and this is because, contrary to expectations, they practically did not make any moves.

The most (and only) relevant thing for Philadelphia during this period came on Day 1 of Free Agency, when they acquired LB Haason Reddick from Carolina. The pass rush of the Eagles was the second worst unit in the NFL last year with only 29 sacks; That’s where Reddick comes in, as over his past two seasons he has posted 23.5 sacks in 27 starts. He signed a 3-year, $45 million deal with the organization.

However, despite the brilliant addition of the 27-year-old veteran linebacker, this team still needs multiple upgrades if it hopes to rub shoulders with the NFC elite in the 2022 NFL Season.

Wide Receiver: the Eagles can’t skimp on beefing up their receiving corps during the 2022 Draft. WR Jalen Reagor hasn’t lived up to the hype of being a first-round pick in 2020. Quez Watkins isn’t trained to run an offense and Greg Ward every year It has been less productive. In the organization it’s currently DeVonta Smith against the world, but the narrative should be about to change.

Safety: the team’s backcourt registered just 12 INTs last season; 2 of them from S Rodney McLeod, who was informed a couple of weeks ago that he will not return to the franchise for next season. Contrary to Anthony Harris, who returned, but only under a one-year contract. Philadelphia needs a long-term answer at the position.

Linebacker: the addition of Haason Reddick is extremely good, but it does not solve all the problems in the unit. LB Alex Singleton, the Eagles’ leader in tackles the past two seasons, has signed a one-year deal with the Broncos. Therefore, the organization needs, at a minimum, to add turnover so as not to suffer the loss strongly.

defensive tackle: At 31 years old, Fletcher Cox decreases his level every season; he is still helpful, but his best days are behind him. What is there to replace it? The 22-year-old Milton Williams, a rookie who last season registered only 2 games as a starter. Additionally, Hassan Ridgeway embarked for San Francisco; a casualty, an inexperienced player and a fading veteran are not a pleasant combination.

Eagles picks in the 2022 NFL Draft

Yes, the Eagles gave up a first-round pick in the mega-trade with the Saints, but that doesn’t mean they’re short on picks, as they’ll come up on the board a total of 10 times during the 2022 NFL Draft, including five times during the first 101 picks.

WR Chris Olave, Ohio State: the Eagles have used first-round picks at wide receivers two years in a row, and a third should be in the offing. With DeVonta Smith a clear WR1, and Jalen Reagor doomed, Philadelphia is still in search of a No. 2. Adding Chris Olave would give Jalen Hurts two young receivers to work with.

Olave stands out for his ability to run routes, create separation, and improvise if necessary. During his last three years at Ohio State he recorded 163 receptions for 2,505 yards and 32 TDs, which undoubtedly makes him a destined prospect to be chosen in the first round of the 2022 Draft.

S Kyle Hamilton, Notre Dame: The 21-year-old stands out for his great height, taking advantage of his size to get ahead in personal coverage, as well as establishing himself as a great pass hitter and an effective tackler. However, he often struggles against smaller receivers, as they are more agile and quick.

Still, he’s another interesting prospect scheduled to be picked somewhere midway through the first round, right where the Eagles have two picks, so it wouldn’t be a surprise to see him under Sirianni in 2022.

LB Nakobe Dean, Georgia: Georgia’s defense was one of the best in college last season, but even in a star-studded unit, Dean made his presence felt with 72 tackles, 10.5 for loss, 6 sacks and 2 interceptions. His speed and acceleration are his best qualities, however, he can still develop his zone coverage, as he has the athleticism any team wants in a linebacker.

The above attributes make Dean a predictable prospect to come off the board midway through the first round or no later than early in the second.

DT Devonte Wyatt, Georgia: another magnificent talent from Georgia. Wyatt has a highly explosive first step that helps him put pressure on the opposing quarterback, and so Philadelphia could be a great destination for him, as Javon Hargrave and Fletcher Cox have similar styles of play. The problem, previously mentioned, is that Cox is 31 years old and Hargrave is 29.

Therefore, Wyatt could be the heir to the position, although clearly first serving as part of the rotation. During four seasons in college he appeared in 42 games, where he amassed 113 tackles with 12 for losses, 5 sacks and 3 passes defensed.

CB Andrew Booth, Clemson: Another player who could help Philadelphia’s perimeter is the youngster from Clemson, who is characterized by his effective zone coverage thanks to his good positioning by not losing sight of the ball. However, in college, his time on the field was fairly limited, so he will likely need more development to keep route-savvy receivers from abusing his hip.

Considering he only appeared in 25 games during his time at Clemson, it will probably take him a couple of years to become a full-time starter in the NFL. However, he is forecast to be taken late in the first round with the option to shock midway through.

This is the pre-2022 NFL Draft of the Philadelphia Eagles. What do you think this team will end up doing? We read you in the comments below this article and on our social networks.