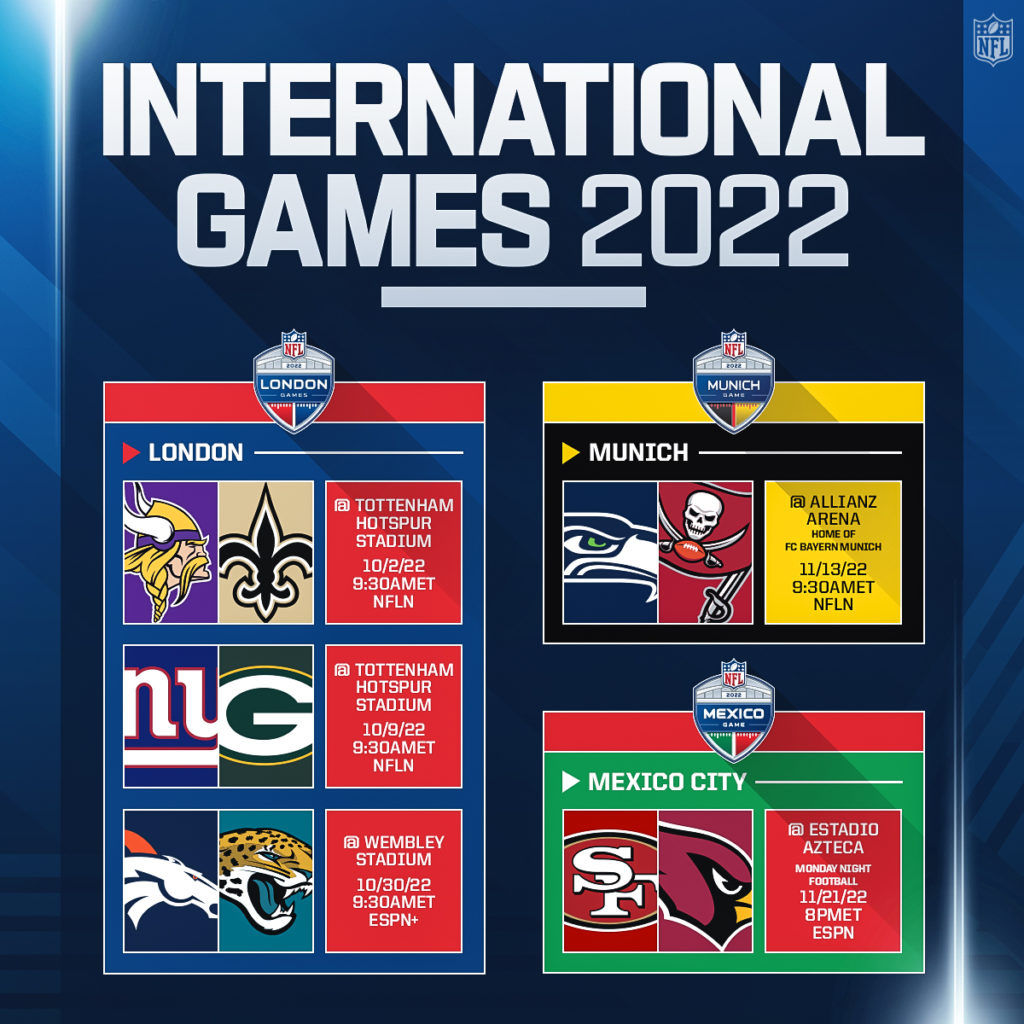 The Seattle Seahawks will take on the Tampa Bay Buccaneers at 9:30 am ET on November 13 at the Allianz Arena, home of Bayern Munich.+

Here is the complete list of five international games during the 2022 NFL season:

A pair of teams with new head coaches will square off when Kevin O’Connell’s Vikings take on Dennis Allen’s Saints. An important NFC matchup, and a rematch of the 2017 “Minneapolis Miracle” playoffs.

Green Bay will become the 32nd team in the International Series and the last to play its first game in London since 2007 against the Giants. This Tottenham matchup will feature the NFC’s top seed in 2021 against a Giants team taking its first steps into a new era under head coach Brian Daboll.

The Jaguars, making their ninth trip to the UK since the league began staging overseas games, will complete all three UK games when they take on the Broncos. Jacksonville will face a familiar face in former offensive coordinator Nathaniel Hackett, who is now the Broncos’ head coach.

The 2020 Super Bowl champions will reintroduce Tom Brady on a built-to-win roster now under new head coach Todd Bowles. They will face a new Seahawks team in the midst of their first season in a decade without Russell Wilson as their starting quarterback.

The Cardinals will face the 49ers in the International Series, rivals from the NFC West, in a game that could play a big role in determining the final standings in the division, and perhaps the conference. San Francisco reached the NFC Championship Game in the 2021 season before falling to the same team that eliminated Arizona in Super Wild Card Weekend.

There will be five games of the 2022 NFL International Series