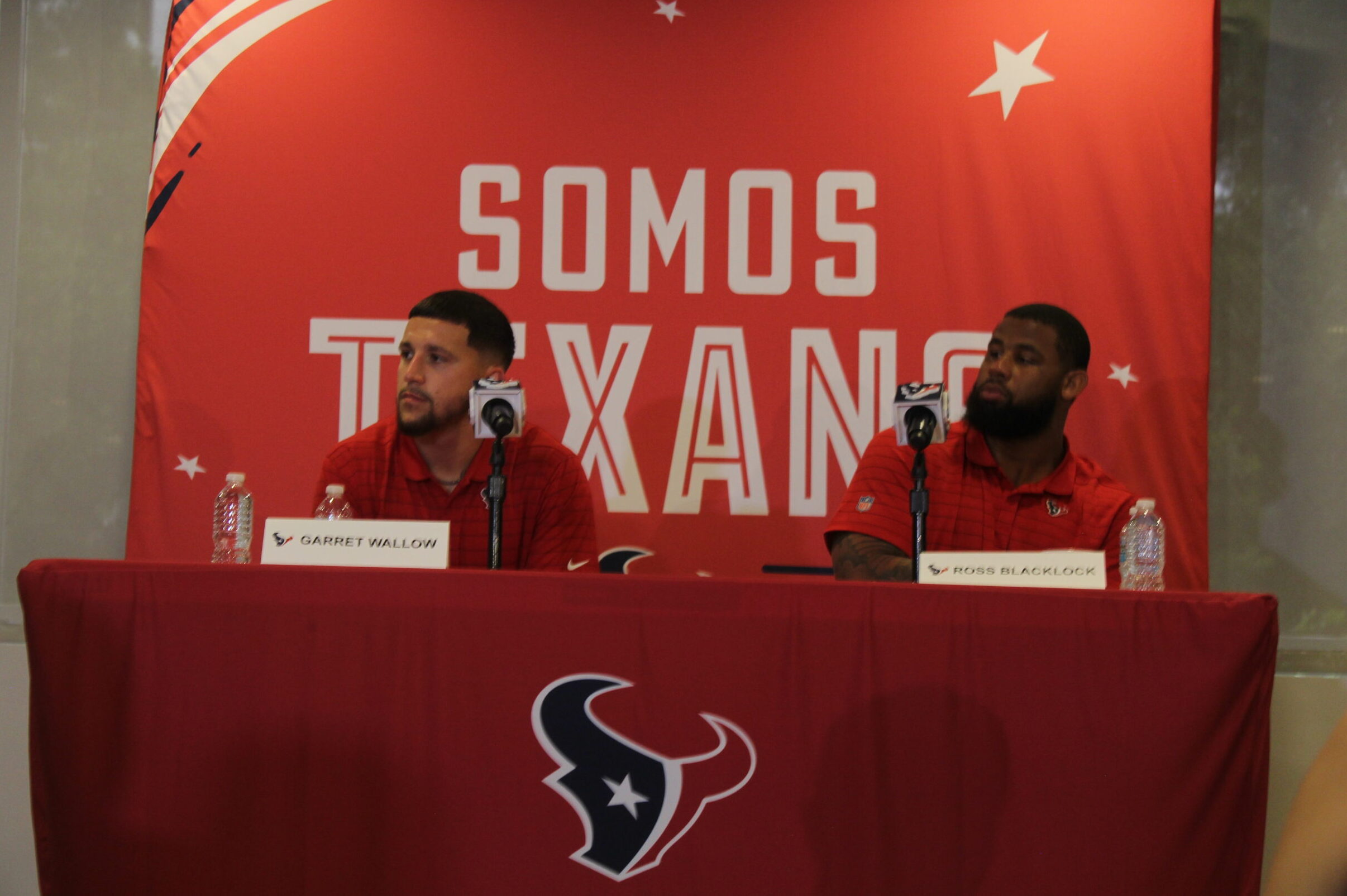 After having a poor season in 2021, the Houston Texans have the sole objective of turning the page next season, according to Garret Wallow, rookie linebacker, and Ross Blacklock. third-year defensive tackle, during his visit to Mexico City.

As part of NFL business expansion deal in Mexican territory, both players appeared before the media in the Presidente InterContinental Hotel, located in Colonia Chapultepec of the Miguel Hidalgo Mayor’s Office. So much wallow What black lock They assured that they have nothing else in mind other than having a great season 2022.

The two players from the Texan franchise commented that everyone on the team has high expectations for the campaign that will start next September. Despite they don’t have one of the best rosters within the NFL, they know that in the game nothing is written and that they will have to fight with everything on the field to earn their respect and be able to get as many victories as possible.

On the other hand, Wallow and Blacklock they expressed their illusion for playing an official American football game in Mexico in the future. This year, they will be Arizona Cardinals and the San Francisco 49ers the teams that will visit the Azteca Stadium, but both elements affirmed that they would love to come latersince the Mexican fans are very passionate and they always make you feel at homebesides that the culture of the country fascinates them.

The Houston Texans are currently going through a rebuilding process. Last season they could not count on the star quarterback Deshaun Watson due to his legal problems and that is why the rookie Davis Mills jumped in, who showed great qualities and aims to continue growing in his second year. With Lovie Smith as the team’s new head coach, they will try to put the franchise on the winning path.

It may interest you: The situation between Frenkie de Jong and Barça heats up

The Texans have high expectations for next season