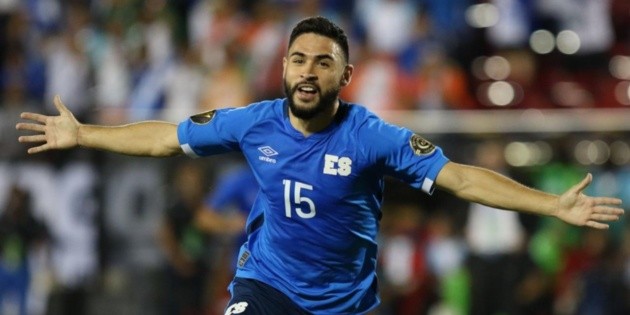 The national team dominated, pressed and was better than Guatemala, much better and he showed it with the victory that now has him leading the group thanks to the goal of Álex Roldán, who debuted with a goal and after an assist from Marvin Márquez, and Joaquín Rivas on the final.

Curiously, the victory came after the goal of a player who was intended by Guatemala but who, due to fate, El Salvador thanked him for his decision. It gives victory to those of Hugo Pérez who always sought it and deserved it.

Jairo Henríquez started as a center forward. The versatile player jumped in this position and it was no surprise; the coaching staff had already tried this option during the week before the loss of David Rugamas and after the options that the attacker could offer him.

Guatemala knew the style of El Salvador. He did not give space to his forwards and closed the bands while the nationals tried to find depth and spaces between the two chapinas lines. The rival expected the error.

At 11 ‘minutes Ronald Rodríguez tried from outside the area but the shot went wide. Those of Hugo Pérez were looking for all possible options. Henríquez gave him the pivot to make plays and tried to accommodate himself to the position of 9, something unprecedented in his professional career.

The selection had the possession of the party. Guatemala barely treated it because it planted two lines out of four and closed spaces for El Salvador due to the lack of offensive resources. At 32 ‘, captain Monterroza tried to surprise but to no avail because the shot came from the side.

The midfield had a largely dominating first half. Darwin, Narciso and Marvin dominated possession and closed the Chapinas possibilities of creating danger. With the ball on his side it was easier to generate danger but again a finisher foul.

In statistical terms, the selection was much superior concluding with 94 percent of effectiveness in the passes. He had a solid script in the execution, but not in the completion and the movements on the bench were beginning to take place.

At 60 ‘, when the team generated, Juan Carlos Portillo had the clearest on the left but in hand-to-hand he sent the ball too high. It was at that moment that coach Hugo Pérez decided to make his most significant changes.

Álex Roldán and Marvin Márquez debuted. The MLS player did it for Darwin to give him more speed and arrival to the right wing. While “Choma” did it for “La Cabra” to send Jairo to the left wing and the Metapán will use the center forward.

On the 17th he was more comfortable with the band and his presence was noticeable. But the selection was suffocating by its own inefficiency but calm would arrive at minute 80 and thanks to the newly admitted.

Márquez received a ball in the area that bounced but recovered taking advantage of his presence on the edge of the area to serve Roldán, who sent the ball to the back of the net first.

But Joaquín Rivas wanted to join the party and at the end he scored 2-0 after the assistance of Walmer Martínez. Debut and victory for a team that dawns leader.