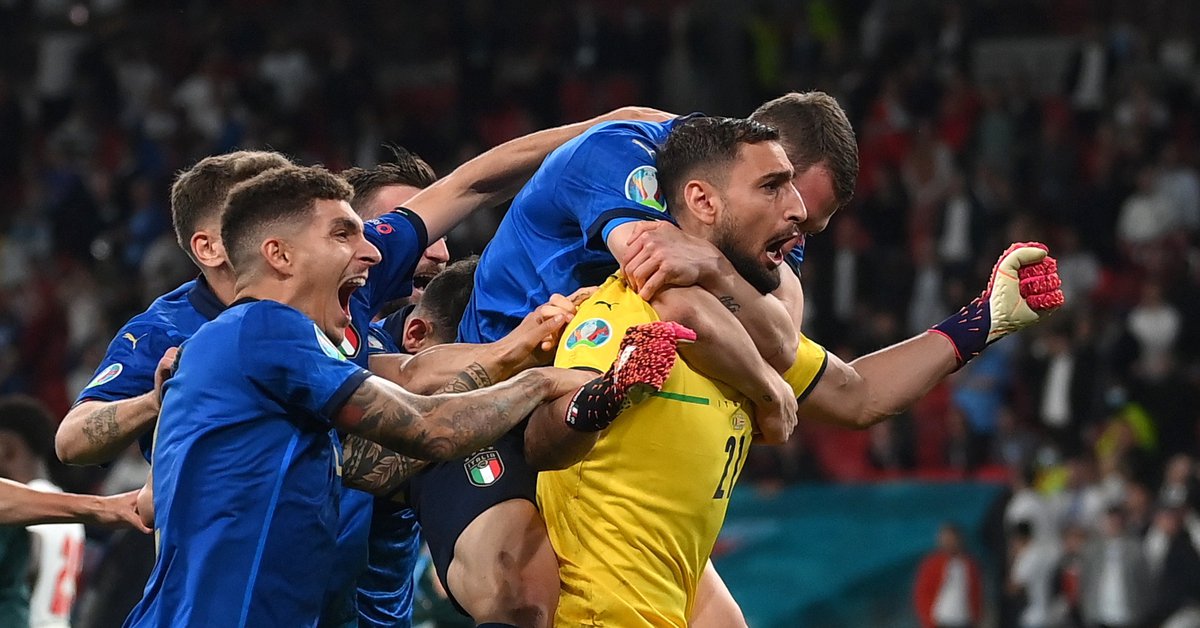 Throughout its history, the Italian team had archers who were figures and achieved important titles. The path left by the world champions Dino Zoff (Spain 1982) and Gianluigi Buffon (Germany 2006) began to be traveled by Gianluigi Donnarumma, who became the great figure of the Euro 2021 champion Azzurra. Gigi saved two penalties in the penalty shootout in the final against England, containing Sancho and Saka’s spikes (Rashford bounced his pitch off one of the posts). Before, he had already shone from 12 steps in the semifinals against Spain, blocking the attempt of Álvaro Morata. In consecuense, ended up being chosen MVP of the contest.

He had also highlighted his performance against Belgium. In a cast with many young figures and an experienced and granite central duo (Chiellini and Bonucci), it represents the guarantee certificate on the bow. However, beyond being the figure of Italy in the Euro, the 21-year-old goalkeeper is a free agent, as he did not renew his contract with Milan, Although his work throughout the European Championship and especially during the last three games were the best window for a club to have in the 2021/2022 season. Everything indicates that his next destination will be at PSG.

For now has 251 games with Milan and 33 with Italy. The first came in 2015, when he was 16 years old, thanks to an intuition from the former footballer Sinisa Mihajlovic. He was little more than a child and, as of that October 25, he did not leave the grass again. He was born in Castellammare di Stabia, near Naples, he always considered himself a Milanese tifosi and that is why, perhaps, the outcome of his Rossonera adventure was very disappointing.

With his height of 1.96m, inside the arch it gets bigger. It is a Mancini bet and so far he has performed as expected since his selection reached a undefeated in 34 games. With today’s game, Italy reached 25 wins and 9 draws. The last defeat of the tanos dates from September 2018, against Portugal by the Nations League.

The previous streak of the Azzurra was between 1935 and 1939 and with Vittorio Pozzo as coach: in those years he managed 24 wins and 6 draws, similar to the one worn by Mancini’s run. The difference is that in 1938 Italy won the World Cup that took place in France.

The save against Sancho (REUTERS / Facundo Arrizabalaga)

On the other hand, beyond Donnarumma’s performance and his level, he drew attention with his gloves: some Adidas Predator Pro Hibryd, valued at around 120 euros. These They have 288 spikes on the back to help goalkeepers contain the ball.

These hybrid cut gloves promise optimal grip and better shock absorption. They have a flexible palm with an anatomical design that adapts to the movements of the hand. The Demonskin inserts on the back of rib knit provide “better control of the ball on punts”, as read in the description of the product that makes the brand of the three strips.

Donnarumma is not the only goalkeeper to wear this model of gloves. The Spanish David De Gea, Manchester United, and English Aaron Ramsdale, from Sheffield United, have also used them.

It was a day of glory for Scuadra Azzurra, who won their second European Championship, with the memory of the glory from 1968 in view of Yugoslavia. And Donnarumma, of course, was vital to achieving the dream.

This was the penalty shootout that crowned Italy against England in the European Championship
“Euroamérica”, the Cup that can face Argentina with Italy in the year of the World Cup
With memes and memories of Maradona, the Argentines mocked England’s defeat against Italy