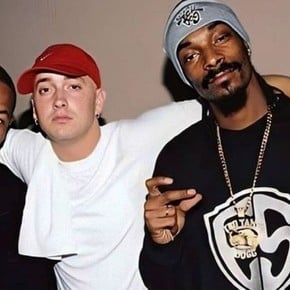 Just around the corner! madness for him Super Bowl 2022 arrives in Los Angeles. East Sunday February 13 the last game of the 2021/22 season of the NFL at sofi stadium. This duel will face Los Angeles Rams, who will play at home, and Cincinnati Bengals, who arrive after eliminating the great candidate,Kansas City Chiefs. Who will get the ring? Matthew Stafford and Joe Burrow They will be the quarterbacks who will try to guide their teams to glory. The trajectory of these players is totally different.

Stafford was the first pick in the 2009 Draft out of Georgia and spent 12 years with a mediocre franchise, the Detroit Lions.. He was always considered a good player on a bad team. Rescued by the Rams, in his first season as a quarterback in California, he was responsible for leading the franchise to Super Bowl LVI.

In front will be Burrow, who is facing his second year as a professional. The young man arrived at a struggling franchise. In 2019, while Joe was setting records with LSU (his college), the Cincinnati Bengals were finishing the season with 2 wins and 14 losses. In his first season, the QB suffered a severe knee injury that sidelined him and his franchise ended with a 4-11 record. This year he led his team to Super Bowl LVI.

Whether it’s Matthew Stafford’s long wait for glory or Joe Burrow’s meteoric rise, one of the two will lift the Lombardi trophy, exactly what is expected of the first in the Draft.

Throughout Latin America, including Argentina and Mexico, Super Bowl LVI will be broadcast on ESPN and Star+. On the other hand, in the United States the rights are held by NBC and in Spain by Movistar Deportes. The game between the Cincinnati Bengals and the Los Angeles Rams will start at 8:30 p.m. (Argentina time).

Los Angeles Rams will have home court advantage, the SoFi Stadium, which gives them a head start. What’s more, the Californian franchise finished with a better record in the regular season (12-5 vs. 10-7).

Based on this, and many other factors, bookmakers calculate which team has the best chance of winning Super Bowl LVI. So are the forecasts! DraftKings, one of the most important bookmakers in the United States, gives the Los Angeles Rams as a favorite to win the 2022 Super Bowl, since it has a quota of -200 (1.5). On the other hand, the victory of Cincinnati Bengals has an odd of +170 (2.7).

The Los Angeles Rams and Cincinnati Bengals will play at SoFi Stadium, which has a capacity of more than 70,000 people. LThe cheapest tickets to attend the game are priced above $4,200, in the farthest zone. On the other hand, the most expensive would be reaching 100,000 dollarsalthough it is very likely that prices will continue to rise as the hours go by.

In different places to buy resale tickets, the average of these ranges from 10,600 dollarswhile in the 2021 Super Bowl the average was $8,550 dollars, the latter due to the great demand that tickets have had in Los Angeles.

The SoFi Stadium, home of the Los Angeles Rams, was inaugurated on September 13, 2020 (Photo: AP).

Los Angeles Rams vs. Cincinnati Bengals: Have they already won a Super Bowl?

Despite being one of the most storied franchises in the league, The Los Angeles Rams have only been crowned champions once., despite having won eight conference and 18 division titles. On the other hand, Cincinnati Bengals were never championthey only won three conference titles (1981, 1988 and 2021).

The Super Bowl 2022 guide: Which teams are playing and how to watch?