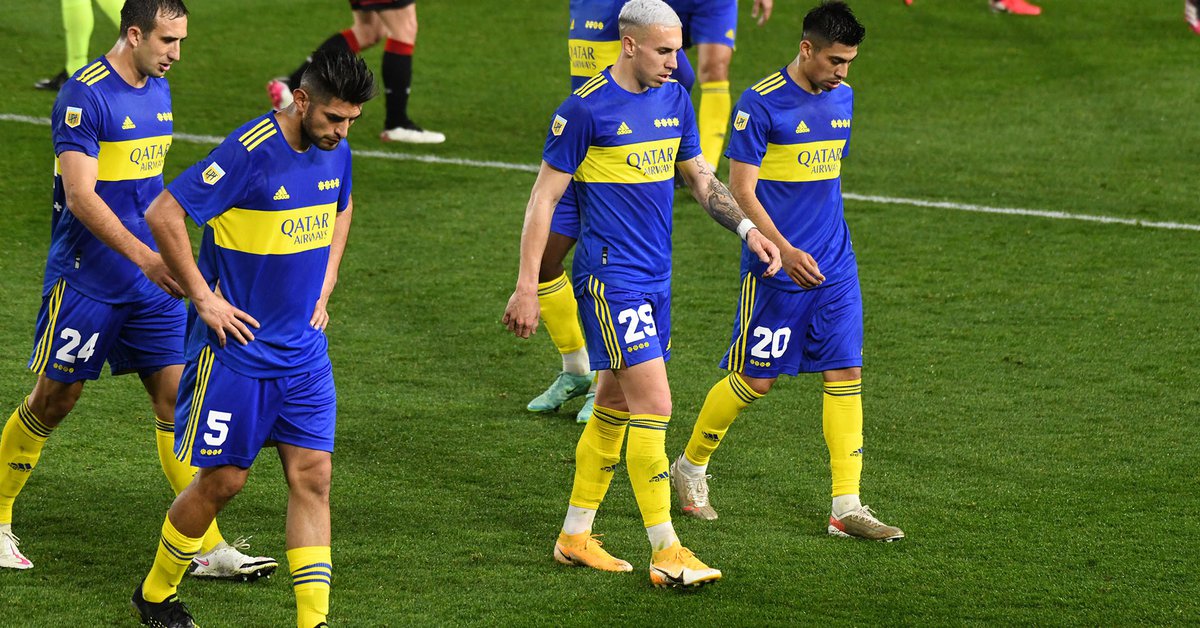 The present of Boca Juniors continues to be alarming. The defeat against Estudiantes de La Plata exposed more than ever to the painting of Miguel Russo, who happened to be targeted number one by the supporters xeneizes, due to the poor performance of the team in recent times. Of course, the Football Council chaired by Juan Román Riquelme is also in the crosshairs, especially in terms of reinforcements. An explosive combo that alerted a club that is second to last, just one point behind the bottoms Rosario Central and Vélez Sarsfield.

No one doubts that the performances of the coaching staff and the leadership have a direct impact on the performance of the team. Russo is criticized more and more frequently for the formations that he has on the court, with very little room for the youths who had fallen so well; and Riquelme also because he could not rank a team that suffered too many departures in the last time.

In this point there is a soccer player who summarizes the anemia of good decisions of two of the most important legs of the institution. Norberto Briasco. The reason? That since it became a reinforcement from Boca Juniors, did not kick the goal. According to OPTA And the account DataRef, Beto accumulate 458 minutes without a promising finish. They are divided as follows:

* 206 ′ for the local tournament: He was the starter before Workshops and Students; He entered against Argentinos and did not play against Unión, Banfield and San Lorenzo (these last two Boca played with youth).

* 171 ′ for the Copa Libertadores: He started in both games against Atlético Mineiro for the round of 16.

* 81 ′ for the Argentine Cup: He started against River Plate in the round of 16, won on penalties.

The reasons that led to this lapidary statistic of Briasco could be several. Some crush his lack of adaptation, despite the fact that the former Huracán striker has only played six games with Boca Juniors. But nevertheless, the explanation of the particular moment of the 25-year-old footballer It may well be attributed to the approach of Miguel Ángel Russo.

It is clear that Briasco cannot adapt to the coach’s tactical drawings, that makes him play in a position that is completely alien to him, either with a line of four or three in the background and their respective variants in the midfield. DT places him as center forward or main reference in the rival area, when the usual position or with which the most comfortable it feels is as extreme on both sides.

One point in Russo’s favor is that there is no classic 9 on the squad and the coach is forced to improvise with the former Huracán striker. And here he enters to carve directly the lack of reaction from a Council of Football that despite the prevailing priority for more than four months, when they chose to give Wanchope Ábila on loan and not to renew the bond of Franco Soldano, still does not add as reinforcement to blessed center forward, beyond Nicolas Orsini, which is injured.

This worrying stat adds to that of the team as a whole, which equaled the worst series without a win in its history. As said, the loss to Estudiantes in La Plata meant Boca Juniors’ tenth consecutive game without wins. In this way, it shares the position with the one suffered in the 1957 championship.

What’s more, the Xeneize accumulates just one win of the last 16 games, while in 12 of those games he finished without scoring goals. And at this point, an even more critical data in scoring matters: They have not scored a goal for 710 minutes, since the goal against Argentinos Juniors was Miguel Torrén against. The last time a Boca footballer scored a goal was on the first date of La Liga Profesional against Unión de Santa Fe, by Agustín Obando.

Memes erupted after Boca’s defeat against Estudiantes, which left him penutile and aggravated his crisis: Russo, the main target
Boca was one point from the bottom of the table and stars in one of the worst starts in its history: five data that made all the alarms sound
After the defeat of Boca, Miguel Russo asked for peace of mind to work and explained why the youths do not play