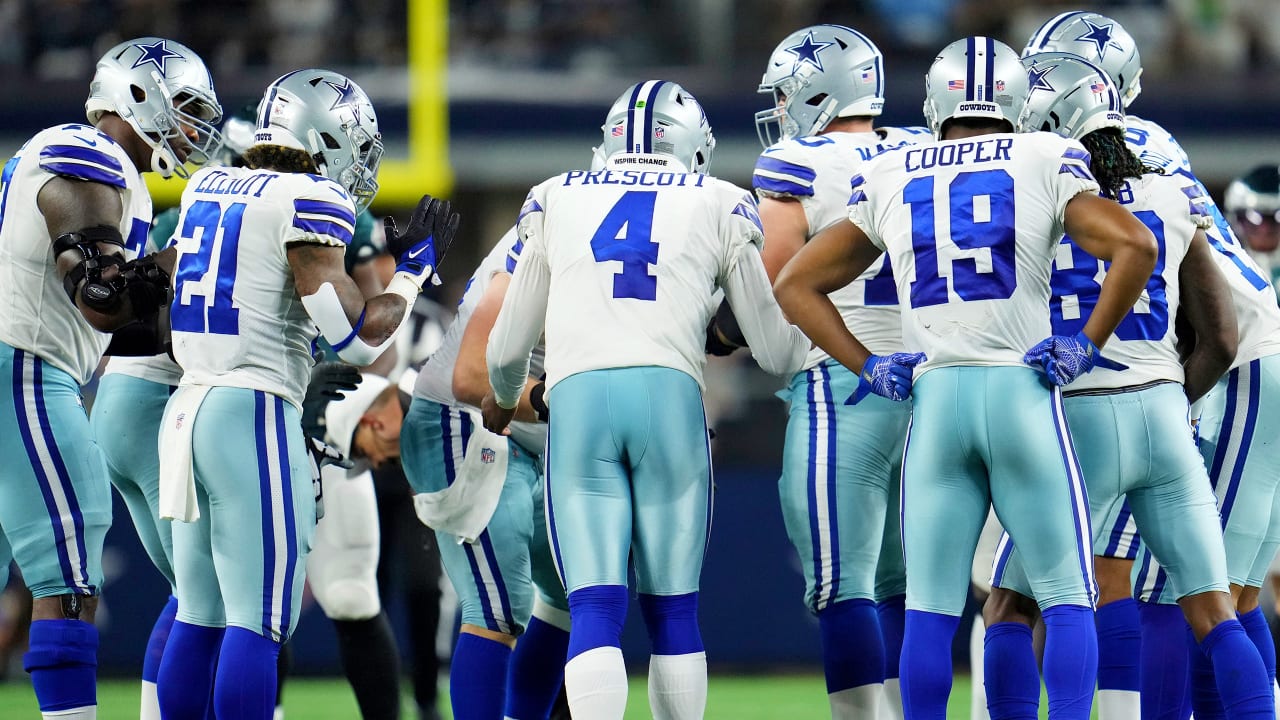 FRISCO, Texas – The Cowboys must already be with calculator in hand, but above all with observation of talent, cost / benefit, in the worst and best cases in various positions, with three weeks to go before the start of the new NFL year.

Dak Prescott said well before the playoff game against the 49ers that they should take advantage of having a healthy and complete team in all their lines to try to transcend, because you never know when it will be repeated in this league.

That makes a lot of sense when things can change dramatically for a team like Dallas that began with offensive aspirations of three receivers of at least a thousand yards, two tight ends capable of complementing each other in blocking and passing, a running back who arrived in his best form physical in good time and an offensive line with depth, in case injuries came, which by the way did…

When the 2022 season begins, it remains to be seen what the Cowboys’ receiving corps is. Of the top five at one of the most talented positions in the NFL, they only have two locked into the next kickoff, Amari Cooper and CeeDee Lamb.

After Gallup’s first injury hit, in the second quarter of the season opener, Wilson’s bonuses began to climb and skyrocketed as the season wound down. He will surely have more than one offer to be the second or third receiver on another team, with a better salary, and the Cowboys will have to check if he suits or can compete for him.

It is likely that for Brown it was different. Due to injuries and inconsistency his bonuses were down, while the league saw that Turner can play and respond when needed.

Ezekiel Elliott, the starting running back, suffered from injuries and Tony Pollard is entering the final year of the contract he signed when he was selected in the fourth round of the 2019 Draft. Then the Cowboys will have to start deciding whether to offer a contract extension, but again, it will be necessary to review where the salary cap is.

The Cowboys will have to turn to free agency to see some reinforcement in the offensive line because with a quarterback like Prescott, it is difficult for them to think of a rookie drafted, without professional experience, to protect their back, after seeing the mess they had down the left side last season. Guard Connor Williams ends contract…

Will it be possible for Dalton Schultz to remain in the medium and long-term future after the two very good seasons he has had? We will have to see why Blake Jarwin, who was supposed to be the replacement for Jason Witten and who has gone through two years full of injuries, still has a contract and for a good amount of millions of dollars.

When March 16 arrives and free agency begins, they will also have to do math on the defensive end.

The same is true of special teams, including Pro Bowler punter Brian Anger.

This being the case, it is easy to anticipate that contractual restructurings will soon arrive, which rearrange salaries to try to free up space at the top.

A lot of homework to do, decisions to make and players to decide, as the 2022 season has already started 11 months after kickoff.

But right, Prescott said, you never know if you’ll get another chance to compete for something big next season because things can change fast in the NFL.

The Cowboys team will look different