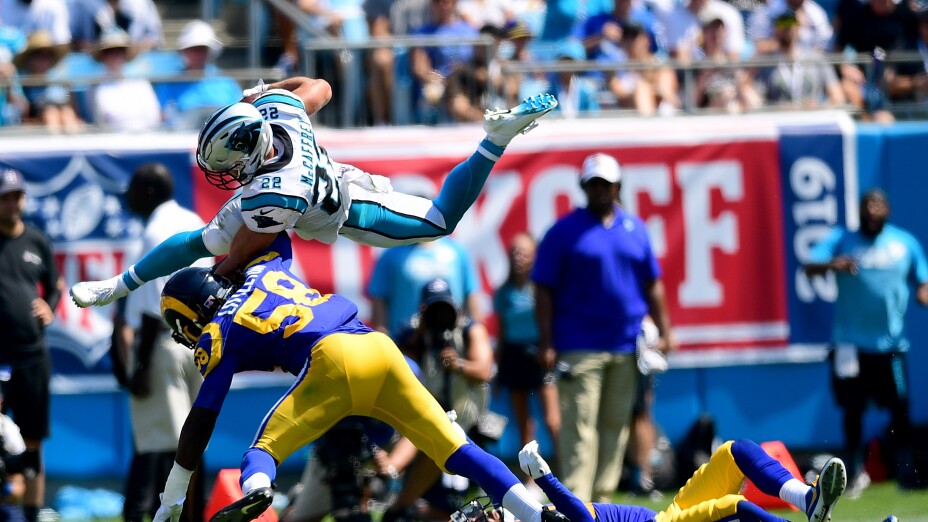 The 2021 NFL season is about to end. There are two more weeks to play and there are six franchises that are classified: on the part of the American there are only the Chiefs; while in the National are the Packers, Cowboys, Rams, Cardinals and Buccaneers.

But it is time to talk about the players and teams that have disappointed this year, because when everything was scattered about them they have not met expectations.

After missing 2020 with a knee injury, this season was a rematch for Christian McCaffrey, but just stayed in a hope. The running back for the Carolina Panthers returned to presenting discomfort and has not been able to repeat what he achieved in 2018, as one of the best players of the season.

This 2021, he was healthy until date 3, where he once again stood out with his versatility as a runner and receiver. two annotations one for each way and having more than 100 combined yards in all three meetings.

Then came the shoulder injury and it came back until week 9, then played in 10, 11 and 12, did not return to his level and now a discomfort in the ankle withdrew him from the campaign.

The best prospect in recent years has not been able to shine as expected. Trevor Lawrence came to the NFL as the number 1 pick of the 2021 Draft, to play for the Jacksonville Jaguars.

The quarterback has started 15 games, with two-win to 13-loss mark, just nine TD passes and 3,225 yards through the air, with a total of 14 inteceptions.

Last year they had a dream season. After 18 seasons, the Cleveland Browns returned to a playoffs, and to do better still in the LA Wild Card Round eliminated their staunch rival, the Pittsburgh Steelers, although they later fell to the Kansas City Chiefs.

This 2021 they were expected to at least repeat their 2020 mark with 11 wins and five losses, or even qualify for the postseason, but their aspirations have just ended. Sum 7-8 record and with two games there are very few options they have to get the ticket.

One of the most powerful running backs in the league, who even last year had a magical December 25th with six TD, It has been a disappointment for locals and strangers, but especially for fantasy players.

The Saints RB has two games left, but this has been the year that has produced the least since entering the league with just four TD and 720 yards by land. In fact, his worst season was 2019 with five and 797 YDS.

This season his team does not walk and would finish for the first time as fourth in the Western Division of the National Conference, with mark of five wins and 10 losses, with two games remaining this 2021 NFL season.

The 5 disappointments of the 2021 NFL season