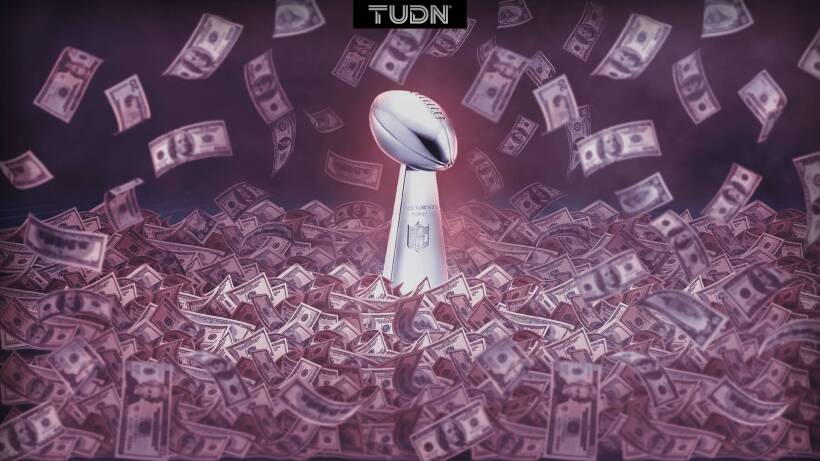 Rams is favorite; According to Madden, the Bengals will win and they point to the orange color of Gatorade.

At the start of the 2021 NFL postseason, the Bengals started with only a 3% chance of being able to lift the Vince Lombardi trophy and the Los Angeles Rams 4%.

They look with a margin as winners of -4 points according to the bookmakers. Last year, $2,000 was paid for every thousand wagered on the Rams, but the odds will continue to move as the game gets closer.

If the squad commanded by matthew stafford rises with the Vince Lombardi for every thousand pesos wagered you earn $500.

IF YOU WIN BENGALS YOU DOUBLE YOUR INVESTMENT

The Cincinnati Bengals They arrive at the 2022 Super Bowl as the ‘cinderella’ team of the current 2021 season in the NFL.

At the beginning of the regular season they paid 6,600 for every 1,000 dollars bet, that is, those who bet on Joe Burrow and company are very close to quintupling the investment.

Today, despite the fact that they arrive with a disadvantage in favoritism to be champions, if the same thousand pesos were bet on Cincinnati, the profit would be $1,700 free pesos, without considering the recovery of the investment.

ACCORDING TO MADDEN 2020 PREDICTION HE WILL WIN…

marshawn lynchformer NFL player, appeared in the official simulation of the video game with the Super Bowl between Bengals and Rams.

According to the results, the quarterback Joe Burrow he will throw two touchdown passes and be named Super Bowl MVP.

The final score of the match would be favorable for the Cincinnati Bengals with a 21-24 win at the stadium against the Los Angeles Rams.

It should be remembered that the popular American football video game is usually accurate since it has correctly chosen the winner of the Super Bowl 11 out of 18 times.

Bettors can select a large number of options on different platforms, ranging from what color will the Gatorade be with which they bathe the champion head coach? to predicting how many dogs will appear in commercials during the game?

According to a Mexican bookmaker, here are some of the strangest bets and the equivalent amount to win in Mexican pesos.

First song Dr Dre will perform at the halftime show:

In this case, the song that pays the most is the third, since if he sings ‘Nuthin’But a G Thang’ he pays $2,750 for every thousand pesos bet.

Will Snoop Dogg smoke on stage at SoFi Stadium?

What color will the gatorade be for the winning trainer?

The election with the highest profit will be if a player proposes marriage since for one thousand pesos wagered you would win 3 thousand 750 pesos. On the other hand, if the same amount is bet on the ‘no’ option, the profit would only be $150 Mexican pesos.

Super Bowl 2022 bets: The favorite team and the weirdest bets