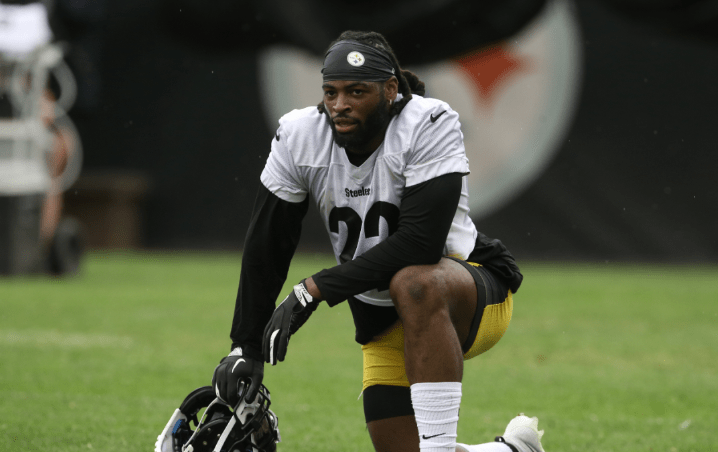 Besides watching videos with Bettis, Harris has taken something else from the Hall of Fame running back’s playbook. Harris currently weighs 244 pounds, about four pounds more than Harris said he weighed as a rookie.

That’s a pound more than Bettis weighed when he arrived in Pittsburgh in 1996.

The epitome of a physical running back, Bettis made a career out of bowling smaller defenders. Bettis sees similar qualities in Harris, the first running back selected in the 2021 NFL Draft.

“He’s the modern running back in the NFL,” Bettis said of Harris before the start of his rookie season. “He’s got the speed, he’s got the power, but he’s also got the hands to get out of the backfield and make plays off that offensive line.”

He may be a modern running back, but Harris plays an old-school system when it comes to running back. While many teams have opted for two-back systems, Steelers head coach Mike Tomlin remains a fan of the featured back. That’s one of the reasons the Steelers spent a first-round pick on Harris last spring.

Durability is critical for Harris, given how often the Steelers call his number. But despite last year’s heavy workload (Harris had 381 touches last season, 10 more than last year’s rushing champion Jonathan Taylor), Harris consistently dismissed questions about his physical well-being at the end of the 2021 season. He answered those questions by having two of his best performances at the end of the season; a 93-yard rushing performance against the Chiefs in Week 16 and a 188-yard performance in a Week 17 win over Cleveland.

Harris will be an integral part of Pittsburgh’s offense again in 2022, but his workload may be lighter this season with the offseason additions of rookie receivers George Pickens and Calvin Austin III. Harris will also have the help of what should be an improved offensive line after the Steelers drafted interior linemen James Daniels and Mason Cole in free agency.

Regardless of how much is used, Harris is gearing up for another heavy workload in 2022. In the process, Harris is likely to continue his assault on the Steelers’ rushing records while evoking memories of one of the game’s iconic running backs from the past. equipment.