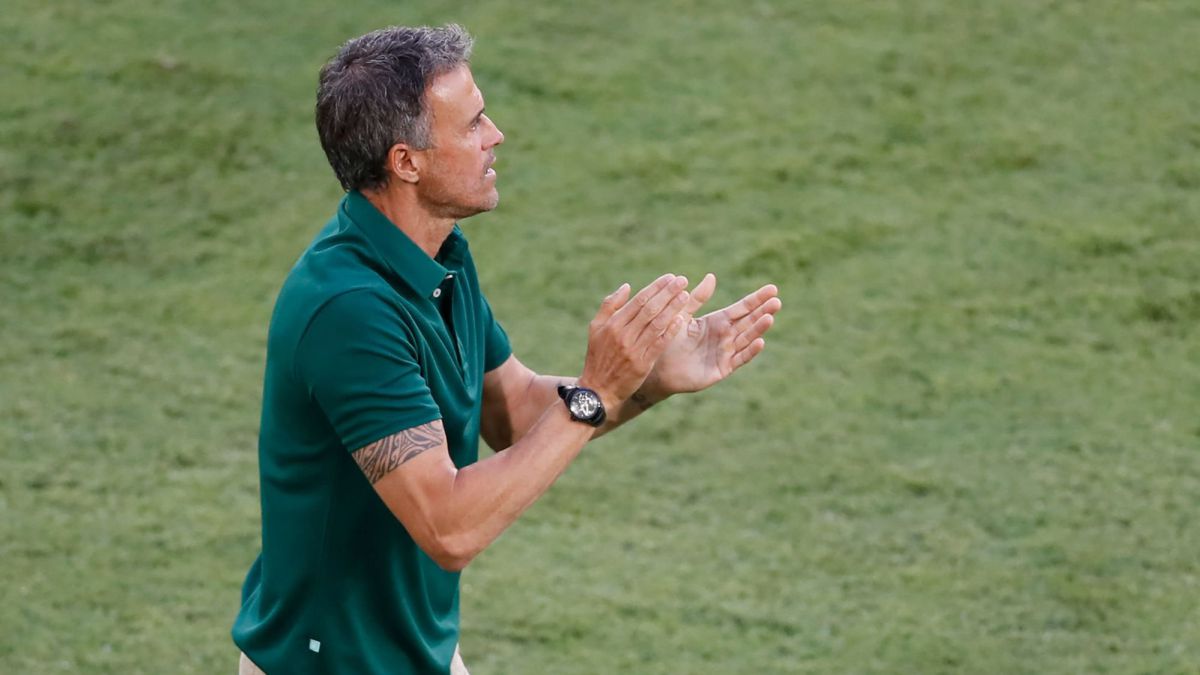 The four best third-placed finishers from the Eurocup group stage will qualify for the round of 16. Therefore, even with the end of the three days in some of the groups, it is unknown who will go to the next round. Spain is in this mess. After drawing his first two games, he has a chance of finishing in third place. Then, I would have to be very attentive to what happens in the other games to see if he gets the ticket, or not, to the playoffs. But, without going into other cabals, I would be in the eighth tie as long as Poland does not beat Sweden. The situation has turned upside down and Luis Enrique’s men already have more margin for error than was assumed.

How would Spain be third?

Spain qualify as first or second if they beat Slovakia. If you don’t achieve all three points, can be third both drawing and losing. To achieve that square, yes, it depends on Poland not beating Sweden. If Poland wins and Luis Enrique’s team does not succeed, we will be eliminated in the first phase.

The possibilities of Spain:

–Will be first if Sweden wins and loses. Also if Sweden draws and the National Team ends up with a better goal average.

–Will be second if he wins and so does Sweden. Also if Sweden draws, but those of Luis Enrique have a worse goal average.

–Will be fourth and, therefore, eliminated, if Poland loses and wins.

–Swiss. The third in Group A will always be better than Spain. The Swiss team has added four points, with a goal average of -1. The national team may in no case have four in its locker and its best score as third would be three. Switzerland is already mathematically classified.

–Ukraine. David Alaba’s Austria has done the national team a great favor. With his triumph (a draw virtually qualified two), he leaves Ukraine as third classified with three points, four goals in favor and five against. In other words, with that goal average of -1, Ukraine would already be worse third than Spain if Luis Enrique’s team tie. Great news, since on the basis everything pointed to Shevchenko’s team closing this phase with one more in their locker.

–Finland. With their defeat against Belgium and the other result, they close the group in third position with three points and -2 in the goal average. In short, if Spain is third with three points, it would also be better than Finland and, therefore, it would achieve the ticket for the eighth.

What rivals would Spain have in the second round?

If they finish first, they would face the third-placed in Group A, B, C or D, depending on those who achieve the pass and their score. If he finishes in second place, he would go against the second in Group D, today England. In case of being third, his rival would come out of the first place in Group B or C, also based on the rest of the global results.

How are ties resolved for third place?

It would not be surprising if the pass to the second round of one or the other team ended up deciding by a matter of a single goal. UEFA has released the tiebreaker criteria for third place:

to. Greater number of points.

and. Lowest disciplinary score (red is 3 points; yellow is 1; and expulsion for double yellow is 3).

F. Position in the general classification of the European Qualifiers.