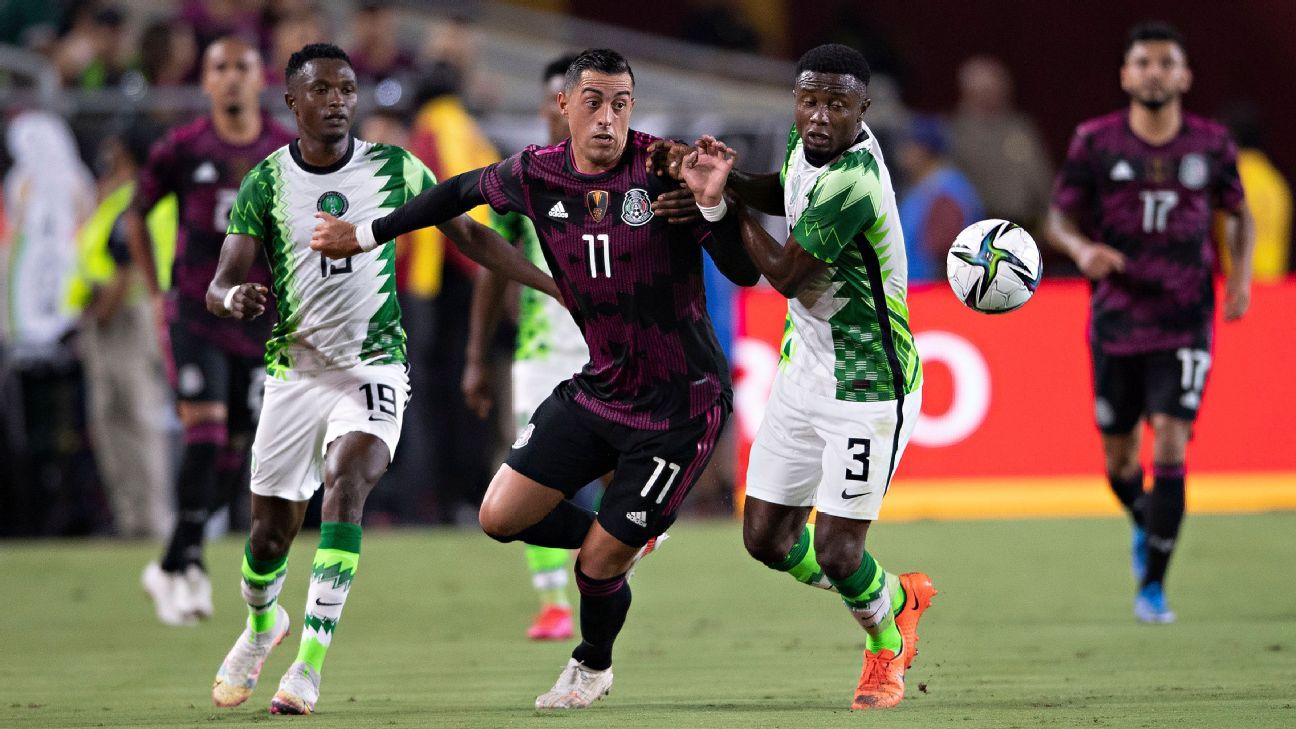 Rogelio Funes Mori admitted nervousness about his debut with the Mexican National Team, but it was a dream to be able to defend the tricolor jersey

The front Rogelio Funes Mori He assured that it was a dream to debut with El Tri and that he was nervous, but that he was able to get ahead in the friendly match against Nigeria thanks to the support of his teammates.

“A dream for me to debut with Mexican teamIt was a complicated game, we have to look forward, we have worked well and that was reflected on the court, “said the Rayados forward in statements to TUDN.

Rogelio Funes Mori He played his first meeting with the national representative, after a few days ago he received his naturalization letter that allowed him to be summoned by coach Gerardo Martino. In his first game with Mexico he scored a goal after four minutes and played 66 minutes against the Africans, on the way to playing his first official tournament with El Tri, the Gold Cup.

The attacker said that he felt anxiety about his first commitment to the Tricolor, but that with the support of his teammates and the treatment of the people, everything could be made easier.

“A lot of nervousness, a bit of anxiety about everything, but with this kind of players, with the boys, with the people who have treated me very well, everything became easier for me.

“Very happy and content, the boys give me their advice, to be calm, to play as I have to play and that way it is easier to demonstrate on the court and very comfortable,” he added.

Now, Funes mori will continue with his work with the rest of his colleagues, with a view to the first commitment that the Mexican team in the Gold Cup, in which he will face the winner of the match between Trinidad and Tobago and French Guyana.