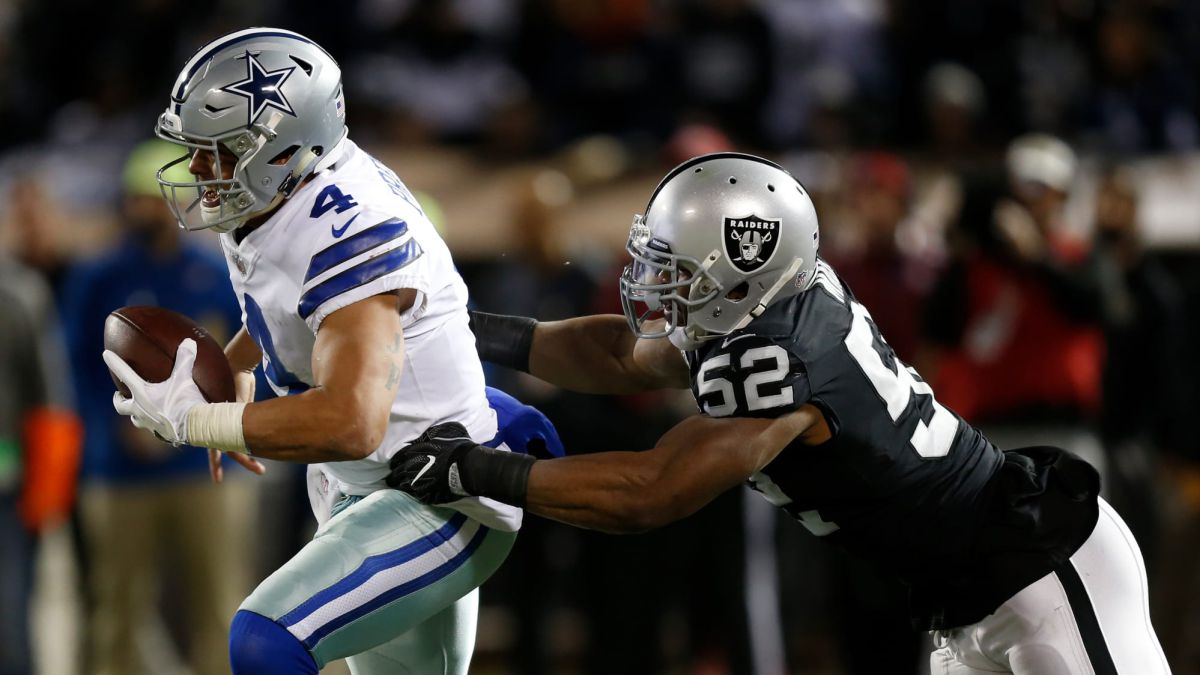 A great game is coming up for Thanksgiving week. The Raiders started the season well, but have been in trouble in recent games, they are forced to beat the Dallas Cowboys on Thursday, who want to shake off the loss they suffered just a few days ago to the Chiefs at Arrowhead.

The Las Vegas team has gone down badly in recent weeks. Derek Carr stopped being the same at the beginning of the campaign and Josh Jacobs has been far from the factor they were looking for in the institution of the AFC West. This is the last call if they want to continue fighting for a ticket to the Playoffs in the American Conference.

The Cowboys, meanwhile, are coming off perhaps one of their worst games on offense. They lost to the Chiefs and left many doubts as to whether they can be contenders to fight for the Super Bowl ticket in the NFC.

What time is Raiders vs Cowboys, Week 12 of the NFL played?

Dallas Cowboys get ready for their traditional Thanksgiving game. This Thursday they will face the Las Vegas Raiders at AT&T Stadium, who want to get out of their losing streak. The duel between the two is scheduled to start at 4:30 p.m. ET (3:30 p.m. CT and 1:30 p.m. PT).

On which channel can I watch Las Vegas vs Dallas, NFL Thanksgiving Day?

If you don’t want to miss the game in which the Las Vegas Raiders will try to ring the bell when they have to get into AT&T Stadium and face the Dallas Cowboys that way, then we recommend you tune in to CBS, who has the meeting for the United States.

How to watch live online Las Vegas Raiders vs Dallas Cowboys, Week 12 of the NFL?

Follow Las Vegas Raiders vs Dallas Cowboys, NFL week 12 game to be played on Thanksgiving Day, on AS.com. We will have the preview and minute by minute so that you do not miss a single detail of the commitment.

Raiders vs Cowboys: Schedule, TV; how and where to see