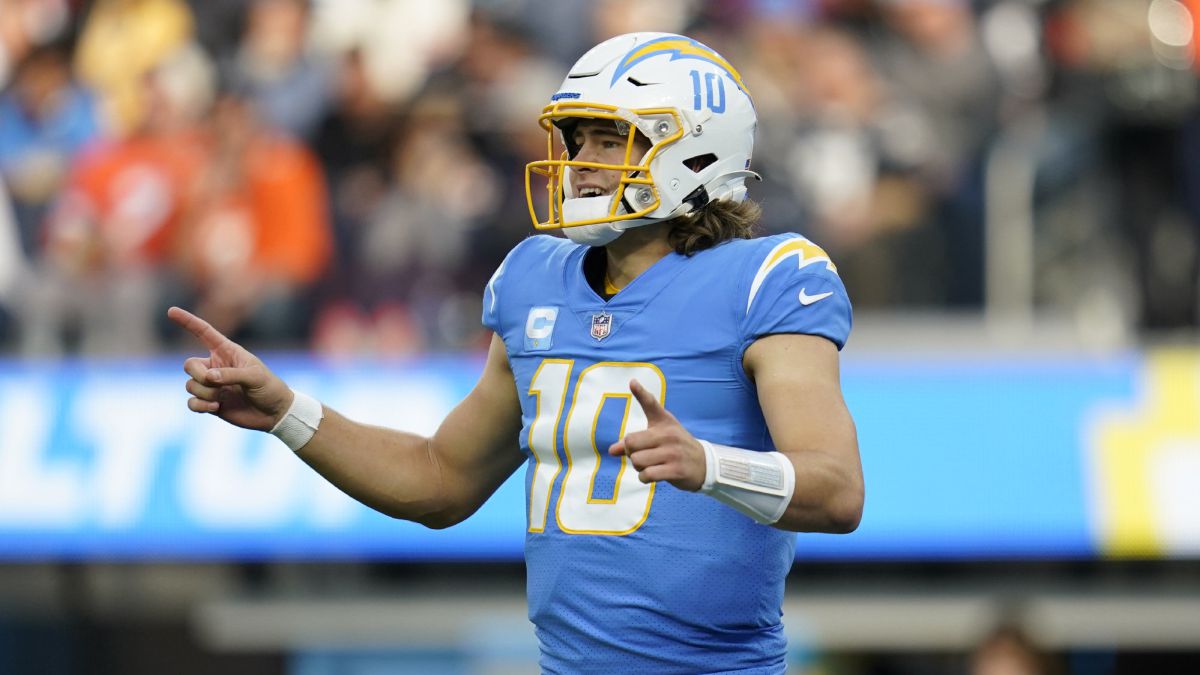 Indianapolis, Chargers, Raiders, Baltimore and Pittsburgh are going for the two available spots in the AFC; New Orleans and San Francisco want the last seat on the NFC train.

Colts, Chargers and Raiders control their destiny – they win and they’re in. For this reason, the league scheduled the duel between Los Angeles and Las Vegas as the last of the regular season (Sunday Night Football). It is, as is the custom, an early Playoff.

The Ravens need to beat Pittsburgh and a lot of help: losses to the Chargers, Colts and Miami.

The Steelers must defeat Baltimore and wait for two other scenarios: that Indianapolis loses to the Jaguars and that the game between the Chargers and Raiders does not end in a draw. In NFC things are simpler. San Francisco wins and advances; Also if New Orleans loses.

For the Saints to qualify they have to win in Atlanta and the 49ers lose in Los Angeles to the Rams.

The pick race has had a winner for weeks and it’s not about who writes.

Ariel Velázquez made his debut with a season and for that I congratulate him. Not only is he a good pen, he is also a crack at the art of forecasting our always unpredictable NFL.

Derek Carr He is an eight-year NFL veteran. Justin herbert he is only in his second year in the league. However, both will fight for the same thing Sunday night: their first playoff appearance.

Carr helped the Raiders qualify for the postseason in 2016, but an injury late in the season kept him from playing in the playoffs.

Herbert, last year’s Offensive Rookie, rewrites the Chargers’ record books, but the young quarterback knows that in big stories the only number that matters is the number of titles.

It’s the Playoffs before the Playoffs, with this AFC West Division duel, which will deliver the last ticket to the annual dance in January.

Carr has kept Las Vegas alive with two fourth quarter returns in the most recent three; He is 72 yards away from breaking the franchise record, held by Rich Gannon, with 4,689 passing yards in 2002.

The problem is, Carr has also delivered 19 balls (14 interceptions, 5 fumbles), the highest in his controversial career with the Raiders, with at least two in four straight games.

That is why with Carr there are no half measures. The fans either love it or hate it.

Herbert enters the game with 35 touchdown passes, a new record for the Chargers, and his first Pro Bowl invitation.

In three games against the Raiders, Herbert has seven passes to the end zone and zero interceptions, for a rating of 110.8.

Carr? 20 touchdowns and nine interceptions in 15 games as a starter against the Chargers. Yes, the quarterbacks will be the stars of Sunday Night Football, but it is Herbert who arrives with better supporting actors.

The running back Austin ekeler he’s second in the NFL with 18 touchdowns (11 rushing) and has scored at least once in seven straight games. In Week 4 he rushed for 117 yards in the win over the Raiders in Los Angeles.

Hunter renfrow is Carr’s most reliable target. With his 99 catches, Renfrow is eight away from breaking the mark set by Darren waller last season.

Chris Harris Jr., One of the best slot corners in the league, he will be in charge of defending Renfrow, who has seven touchdowns in the red zone.

The Raiders, by the way, could have back Waller, one of the league’s best tight ends, who injured his knee in a Thanksgiving win over Dallas.

The pick: The problem of the Raiders throughout the season has been the exchanges of the ball (differential of -11) and if they cannot remedy that evil on Sunday, Herbert will take advantage of the errors and capitalize on them to debut in two weeks in the Playoffs. Chargers 28-24 Raiders

The Colts have the easiest mission to qualify for the Playoffs. Indianapolis 34-17 Jacksonville

The Bengals exposed the Kansas City defense, but Denver nowhere near has Cincinnati’s guns. Chiefs 28-14 Broncos

For Dallas it is very important to enter the Playoffs in good rhythm and with confidence at the top, and this is the type of game that Dak Prescott usually dominates: against a divisional rival. Cowboys 27-20 Eagles

The Steelers are 2-5 on the road. It will be a bitter goodbye for Ben Roethlisberger: another loss at the hands of a hated opponent and no playoff ticket. Baltimore 23-17 Pittsburgh

Aaron Rodgers already has two things for sure: the MVP and the Playoffs at Lambeau Field. He’s still going to be the starter in Detroit, but I doubt he’s going to play the whole game. Packers 30-20 Lions

Derrick Henry is not playing this week, but the ‘King’ will be ready for the Titans’ debut in the Playoffs, read in the Divisional Round. Tennessee 31-20 Houston

This will be the last duel between coaches Matt Nagy and Mike Zimmer at the helm of these teams. At least Nagy will be fired Monday in Chicago. Vikings 27-20 Bears

Both teams urgently need to find a true franchise quarterback. At least on February 2, Washington will have something to celebrate: its new name and logo. WFT 24-20 Giants

In which team will we see Russell Wilson starting in the 2022 season? Cardinals 27-19 Seahawks

The Falcons won a couple of months ago from New Orleans and will again defeat the Saints in Atlanta. Falcons 24-21 Saints

A sparring for Josh Allen and the Bills to fix what they have to fix before starting the Playoffs. Bills 38-14 Jets

Losing New Orleans will ticket the Niners, who will enter the postseason through the back door. Rams 30-27 49ers

We all know that Tua Tagovailoa is not the answer in Miami. Certain? Certain? Patriots 20-17 Dolphins

With so many injuries, Tom Brady must feel like he did that miserable last season in New England. Bucs 27-24 Panthers

Patriots vs. Dolphins UNDER 40

Saints vs. Falcons OVER 40

Picks: Colts, Chargers and 49ers will be the last invited to the Playoffs