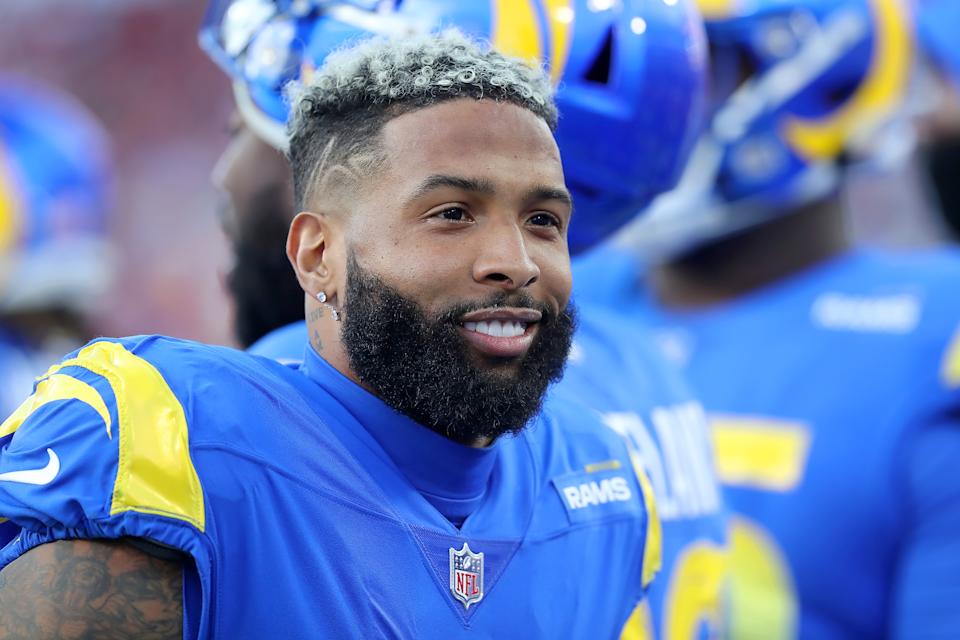 When Odell Beckham Jr. was exchanged from New York Giants to the cleveland browns in 2019things seemed to be heading towards a new and better future, after five seasons in which, despite having established himself as one of the best receivers in the NFLOn a collective level, the situation was different.

Despite all the controversy wherever he’s been, The controversial and talented wide receiver is just one win away from achieving his dream when his LA Rams are measured in Super Bowl LVI against the Cincinnati Bengals next February 13 at SoFi Stadium.

Instability at quarterback, injury issues, particularly in 2017 after only four games, only one playoff visit in his stay in New York (2016) without triumphs, they were factors contrasting with his enormous quality and proven talent becoming famous for that famous one-handed catch. In 2014 she was awarded in appointment of Offensive Rookie of the Year.

Constant fuss on the sides or on the pitchdiscussions with his quarterbacks, coaches, teammates, were synonymous with hunger for victory and a brutally outgoing personality; his hours were numbered in that environment.

In exchange for a first-round pick and a third-round pick, plus two players (Kevin Zeitler Y Jabrill Peppers), the Browns got Beckhamthinking of forming one of the most portentous offenses in the NFL next to the quarterback Baker Mayfielda Heisman Trophy winner with the Oklahoma Sooners and a Nick Chub amassing the rushing yards.

But it didn’t happen. Although, in his first season in Cleveland, in 2019, he had good numbers, with 74 receptions, 1,035 receiving yards and four touchdowns things did not improve. The team went 6-10 and fired Freddie Kitchens as their head coach, leading Kevin Stefanski to replace him.with whom they thought Mayfield could climb the ladder, as well as the rest.

And even though that happened the Browns finished 2020 11-5 and even reaching the divisional playoff stage, Beckham was injured in Week 7 (torn ligaments) and missed that exceptional season, so Everything pointed so that in 2021 Cleveland would sweep with OBJ healthy and a team, apparently, on the rise.

But it didn’t happen either. In fact, things got worse when it was no longer possible to air how bad the relationship between him and Mayfield was.as the losses piled up for the Browns in 2021 (the team went 8-9 and out of the playoffs).

The high point of the differences between Beckham and Mayfield was when OBJ’s dad shared a video on social media showing the times the quarterback didn’t throw the ball to his son, even if it was open. That was the straw that broke the camel’s back.

With no contract guaranteed after 2021, both OBJ and the Browns reached an agreement for the player to be released. and could find where to continue playing, so that both the Green Bay Packers like the Rams immediately emerged as his first options.

In 2021, in six games with Cleveland he caught 17 passes for 232 yards; in eight games, during the same season, but with the Rams, he caught 27 passes for 305 yards and, the big differential, with five touchdown passes. In this postseason, OBJ has 19 receptions for 236 yards and one catch in the end zone.

By signing with the Rams for the rest of the season OBJ pocketed 500 thousand dollars; has pocketed another 500 by winning the wild card round; in addition to 750 thousand for winning in the divisional round; another $750,000 for Sunday’s win in the NFC title game; he would be pocketing 500 thousand for playing the superbowl and a million if he wins it.

Odell Beckham Jr. is one win away from achieving his dreamto silence his critics, but above all to show that he was right to look for a team he could win a championship withor at least aspire to fight for him.

Odell Beckham Jr, the controversial receiver who bet on him and will play the Super Bowl