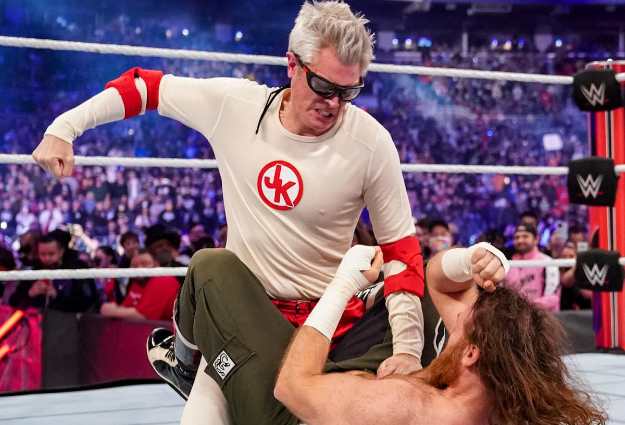 Jackass star Johnny Knoxville spoke about his involvement with the PPV Royal Rumblewhich was his first fight in the Company of Vince McMahon.

Last Saturday Jhonny Knoxville had a good presentation when entering the WWE Men’s Battle Royal, a fight in which he made the most of the opportunity to stay within it and interacted with several stars, including the former RAW Tag Team Champion Montez Ford, who applied a very strong Frog Splash that hurt him in a very sensitive area of ​​his anatomy:

“That totally went to the eggs! That went straight to the eggs, it was dying! I thought I was going to take the hit in the chest, but no. Frog Splash right on the nuts.” He said in a recent interview for ‘The Late Late Show with James Corden’.

But nevertheless, this did not mean the end of the Rumble for him, and that was the most difficult thing to assimilate. He confessed so when Corden asked him how he felt after the impact:

“Terrible, because I knew I still had to fight.”

Stephanie McMahon congratulated Johnny on his performance at the Royal Rumble

Although Knoxville did not last in the Rumble just over a minute and a half after entering with number 9, WWE CBO Stephanie McMahon took the time to congratulate him him and the other stars who were part of the two Royal Battles.

The one in charge of eliminating Johnny Knoxville from the Rumble was Sami Zayn, with whom the Jackass star had had a certain rivalry on SmackDown during the weeks prior to the pay per view. Zayn took advantage of the fact that a group of stars had put his rival on the edge of the ring above the third rope to apply his Helluva Kick and put an end to Johnny’s stay in the fight.