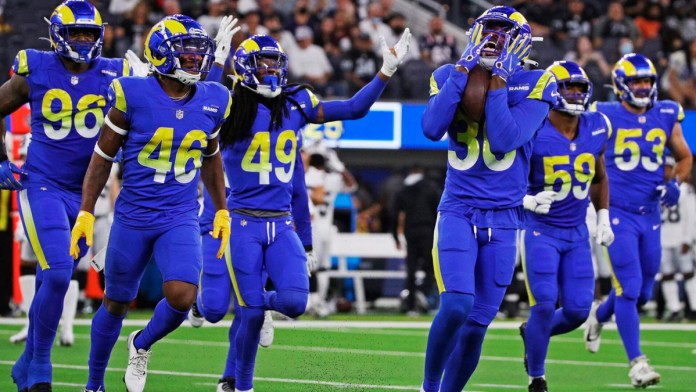 CANCÚN, Q. ROO.- The NFL reached an agreement with the city of Saint Louis and will have to pay 790 million dollars, to ‘take’ the Rams to Los Angeles. Through a statement, the city and the county reported that the agreement was reached with the league and Sam Kroenke, owner of the team, however, they did not specify what percentage both parties will pay.

The Rams were from 1995 until the end of the 2015 season in Saint Louis, before returning to Los Angeles. When Georgia Frontiere still owned the franchise, Kroenke was a minority partner in the team and after Frontiere’s death in 2008, his sons inherited the team and two years later sold it to Sam.

According to Forbes magazine, this 2021 the Rams have an estimated value of 4.8 billion dollars.

The city upheld the lawsuit for four years and demanded a compensation of one billion dollars, for losses in earnings from sporting events and taxes. Saint Louis lobbied to make the information of the owners of the NFL and were scheduled to go to trial on January 10, 2022.

“The historic agreement ends a long chapter for the region, securing hundreds of millions of dollars for the community and avoiding the uncertainty of a trial and appeal process,” said the statement signed by Tishaura Jones, Mayor of Saint Louis and Sam Page, county president.

In Saint Louis they had started the projects of a new stadium to maintain the franchise in the town, however Kroenke was already working at the Sofi Stadium in Los Angeles, to return to the Rams, while the building was being completed in LA, the team played in San Diego, home of the Chargers until the 2017 season.

It may interest you: Teofimo is ready to fight with Kambosos