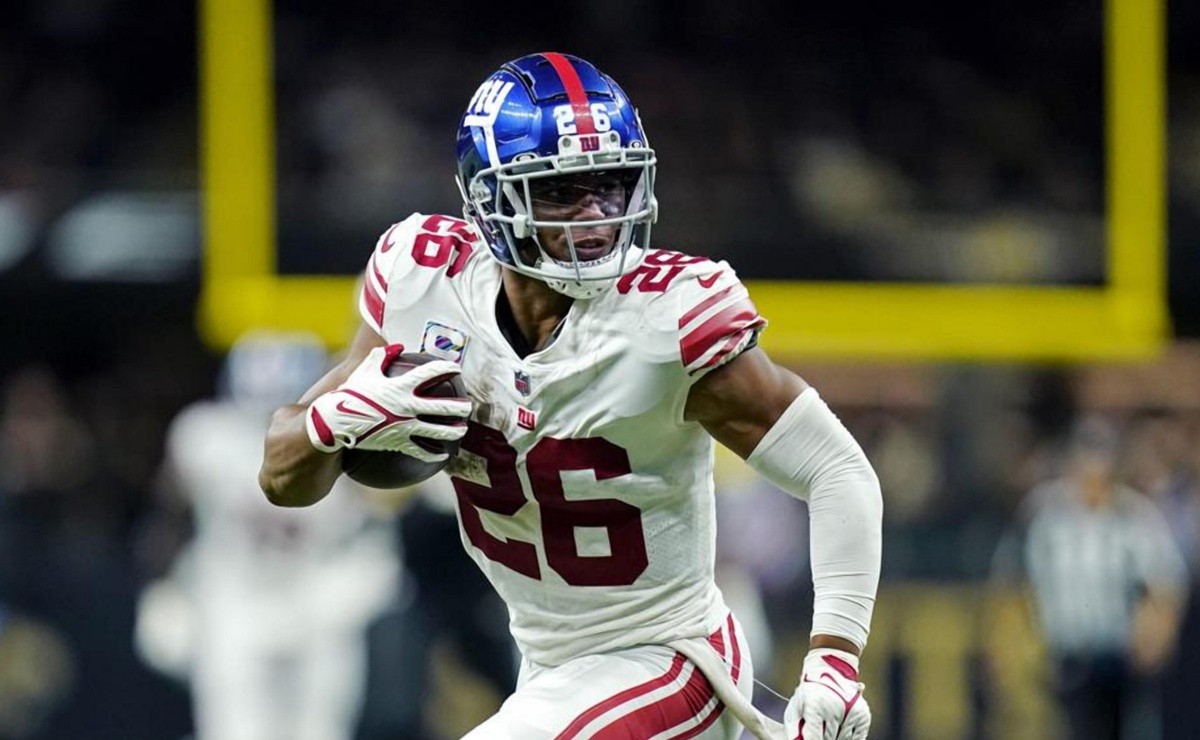 After a first season in the National Football League (NFL) in which he marveled at his talent, Saquon Barkley repeated with a second also very good with the New York Giantsuntil the injuries caught up with him.

The only way that has been found so far to stop Barkley is the injuries he has suffered, which is why he was limited to 2 games in the 2020 campaign, when the anterior cruciate ligament of your kneelosing the rest of the year.

After almost a year away from the gridirons, Barkley returned for the 2021 season, adding just 593 yards, 162 carries, and just 2 touchdowns, far from his best form.

He will seek to return to his level

In statements collected by Ralph Vacchiano for the SNY site, Saquon Barkley said he wants to leave injuries behind, and show that he can still be the dominant player he showed in his first 2 years.

“I just want to kill, go crazy. I’m tired of the nonsense being said about me or this team, and I want to go out there and show this organization that the player they drafted is still out there. “said the 25-year-old runner.

Barkley had a wonderful rookie season, in which he was selected to the Pro Bowl, and was chosen Offensive Rookie of the Year, adding 1,307 yards, 261 carries, and 11 touchdowns, while in his second year he had his second season of more than thousand yards straight, 217 carries, and 6 touchdowns.

NFL: Saquon Barkley wants to put injuries behind him, and prove himself again for the Giants