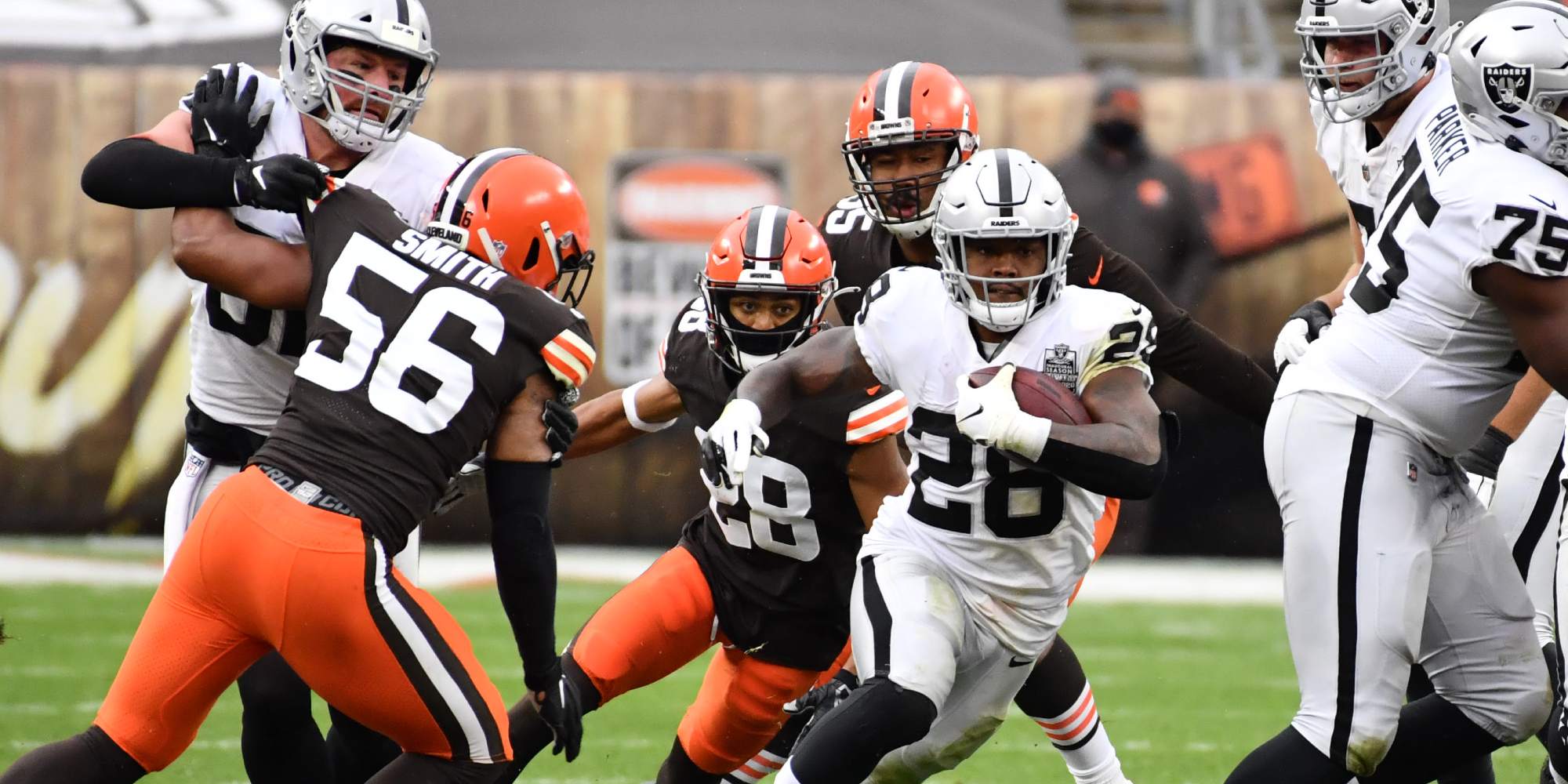 The NFL postponed its first game of the 2021 season in response to the league’s latest outbreak of Covid-19 cases.

The week 15 game between the Raiders and Browns – originally scheduled for this Saturday – will be delayed until Monday night, according to multiple reports.

Two other games scheduled for Sunday – Eagles vs. Washington Football Team and Rams vs. Seahawks – are also under consideration for postponement.

The NFL saw a significant spike in cases earlier this week. 75 players (3.4% of the league) tested positive on Monday and Tuesday.

The infections continued to arrive in the following days. The Browns, Washington Football Team and the Rams reported at least 20 footballers on the reserve / Covid-19 list.

The postponement was a last resort for the NFL, which had expressed its desire to play during the season as scheduled.

During the summer, with the vaccines against Covid-19, the league took a tough stance this campaign against the changes in the calendar that occurred in 2020. It published a new policy on the parties affected by the coronavirus:

“In light of the substantial roster flexibility for the 2021 season, without medical considerations or government directives, games will not be postponed or rescheduled simply to avoid roster problems caused by multi-player injuries or illnesses,” even within a group of position ”.

Between the expanded practice rosters, vaccinations and protocols, the NFL hoped that footballers would be able to stay on the field.

In the offseason, the league announced that teams unable to play due to a Covid-19 outbreak will face the loss of the match and its cost. However, the rule is written quite carefully.

According to the NFL (emphasis ours):

“If a game is canceled / postponed because a team is unable to play because of a Covid-19 outbreak among its unvaccinated players / staff or as a result of it, then the cost of the cancellation or delay will fall on the franchise experiencing the Covid-19 infection. We seek to minimize the cost on the opposing team or teams ”.

“If a franchise cannot play due to a Covid-109 spike among vaccinated individuals, we will try to minimize the competitive and economic burden on both participating teams.”

At that point, the NFL tried to send a message: get vaccinated. However, the policy wording also left her on the sidelines to handle the outbreaks, depending on whether the players who tested positive are vaccinated.

In July, Browns general manager Andrew Berry said that more than 90% of the team’s staff received at least their first dose of the vaccine.

The leeway that allows the distinction between outbreaks between vaccinated and unvaccinated players likely helped the NFL and the players union (NFLPA) delay the week 15 matchups.

The league will want to avoid future modifications to the schedule. However, now that you’ve opened the door to delay games, teams that experience the most breakouts will have a case for grace periods.

ALSO READ: The Technology Behind the NFL: 5 Practical Uses of Game Statistics in American Football